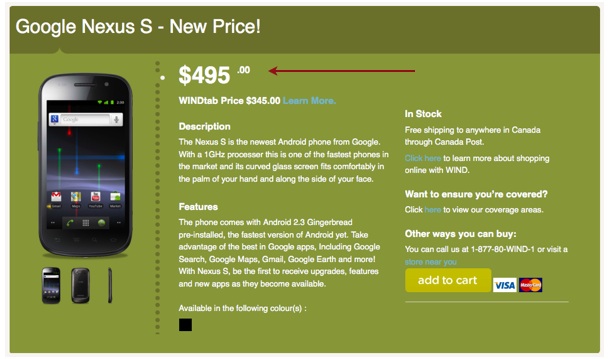 When the Android-powered Nexus S was released in Canada WIND Mobile came out with the highest carrier price point at $525 outright. Majority of carriers like Rogers, Bell, Fido and Mobilicity all priced it around the $499.99 mark… today, almost 2 months later, WIND has reduced the price to $495 no contract (or on the WINDTab for $345).