Rogers offers employees disounts on the PlayBook, now starting at $249 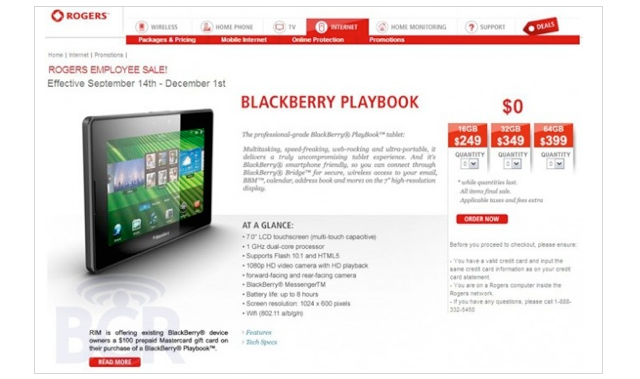 RIM stated yesterday that they’ll start to rebate the BlackBerry PlayBook – combined Q1 and Q2 shipments of their first tablet has only come in at 700,000. Today Rogers is the first carrier to discount the PlayBook, but only to employees. The prices are in effect until December 1st and probably best if you’re considering buying one to quickly find a friend who works at Rogers. Here are the prices: 16GB now $249.99; 32GB is $349.99 and the 64GB model is $399.

In addition, we’ve been informed that TELUS has also dropped their employee pricing, but only $100 off model.