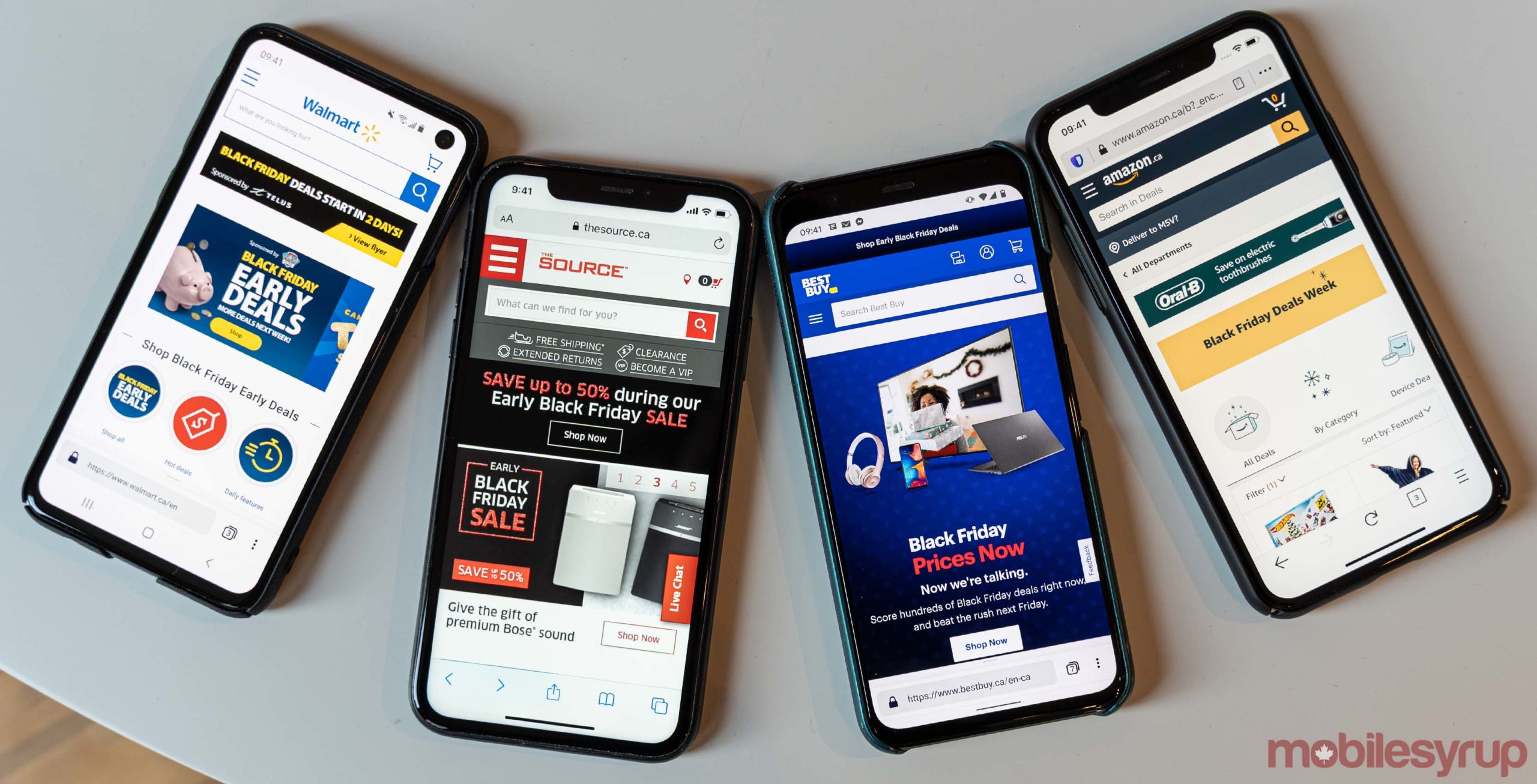 With so many retailers now offering Black Friday deals in Canada, it can be difficult to keep up with the hottest offers.

This year, Black Friday takes place on November 29th, with deals carrying over to the weekend.

To help with your shopping, we’ve put together a roundup of the major tech-related deals.

An assortment of Amazon-made products are reduced in price for Black Friday, like the Echo Dot ($40 off), Echo Flex ($10 off) and Fire Stick (up to $35 off). Follow this link for more.

It’s worth noting that Amazon Canada has also previewed its Cyber Monday deals, which will kick off on Saturday, November 30th and run until Monday, December 2nd.

Notably, Apple has only hinted that it will offer up to $280 off of certain products. We’ll update this story once specifics have been revealed.

Naturally, the electronics retail giant has deals across all of its departments, like $500 off a 65-inch Samsung 4K TV, up to $200 of MacBooks or the iPhone XR for $0 with a free $300 gift card.

While not strictly Black Friday-related, the wholesale retailer is offering 20 percent off iTunes gift cards. This deal runs until November 29th, so it actually will still be valid on Black Friday.

The video game retailer has discounted titles like Days Gone, Ni No Kuni Remastered and MediEvil, as well as PS4 and Xbox One bundles.

Check out the deals here.

Many digital Xbox games are also up to 65 percent off, like Control, Sekiro: Shadows Die Twice and Code Vein. Find out more here. On a related note, Xbox’s hardware-related deals can be found here.

Specific digital game sales for Nintendo have yet to revealed, although the retailer’s Switch hardware offers can be found here.

More than 200 PS4 games are discounted, including 2019 releases like The Outer Worlds, Borderlands 3 and Call of Duty: Modern Warfare. The full list of games is available at this link.

Meanwhile, more information on Sony’s PlayStation hardware offers — which include discounted PS4 and PS VR bundles — can be found here.

The Bell-owned retailer has discounted the iPod Touch by nearly 50 percent, the Acer Aspire 3 laptop by $200 and the Galaxy Buds by $20, among other products.

Further details can be found here.

The home office retailer has deals like $250 off MacBooks, $180 off Beats Solo 3 headphones and $80 off the Google Nest Hub.
See all the deals here.

Walmart’s tech-related sales include more than $80 off the iPad, $20 off the Google Home Mini and the lowest prices on games like Super Smash Bros. Ultimate, Marvel Ultimate Alliance 3: The Black Order and Call of Duty: Modern Warfare.

Find out more of the deals here.

Note that Canadian carriers have yet to reveal their Black Friday promotions. Once those deals have been announced, we’ll update this story. For more Black Friday and Cyber Monday deals, check out our round-up of carrier offers at this link.