All of these leaks are often difficult to follow, so we’ve compiled a list of this past week’s hottest rumours. Specifically, any leak that has occurred from January 11th to the 17th.

Spoiler alert: most of these rumoured are about upcoming Samsung and Huawei smartphones.

At the beginning of the week, live images of the Samsung Galaxy S20+ were spotted online. The phone features four cameras, a flash and what appears to be a microphone hole. This handset seems to feature a 2.5D glass as opposed to curved glass, and reportedly comes with a pre-installed screen protector.

According to this leak, the S20+ is the middle-tier handset in the series, with the S20 Ultra being the premium version this time around.

Another leak about the Samsung Galaxy S20+ shows off even more of the upcoming handset. The S20+ features a 3,200 x 1,440-pixel resolution screen with a 20:9 aspect ratio, making the phone taller than the S10+. This rumour also suggests that the Galaxy S20+ features a 120Hz display capped at FHD+ resolution.

This handset will also use Qualcomm’s ultrasonic under-display fingerprint scanner. Again, this phone won’t have a headphone jack, but will reportedly come with AKG-tuned USB-C earbuds in the box. 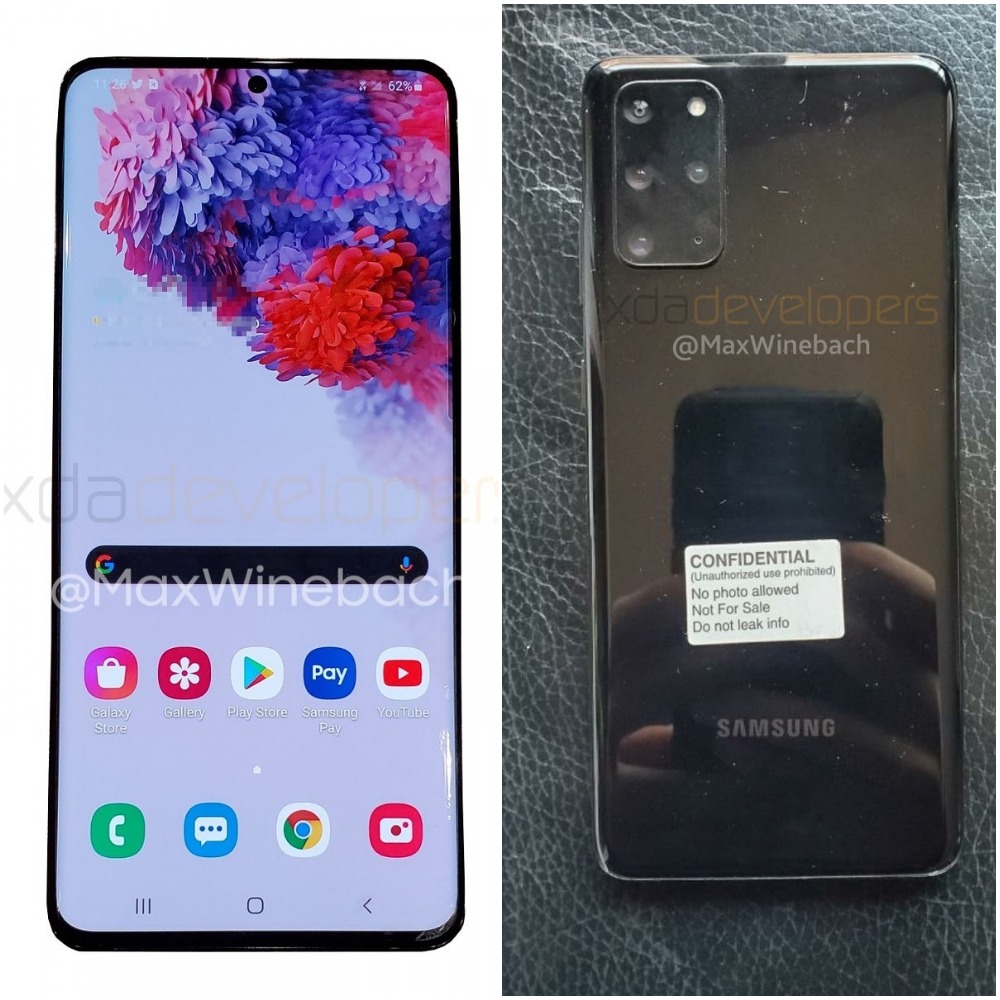 For more about the cameras featured in the S20+, click here.

The Samsung Galaxy S20 Ultra is rumoured to feature 108-megapixel primary camera with an extra shooter that sports a periscope lens. Additionally, the phone will feature 12GB and 16GB of RAM options, with 5,000mAh battery and 45W fast charging option.

Here are leaked specs of the European and Asian versions of the S20 series.

Samsung’s clamshell foldable that will be called the Galaxy Z Flip.

The phone is tipped to sport an external fingerprint scanner, a hole-punch camera and a display on the outside for notifications.

For more on the Galaxy Z Flip, click here.

Apple will reportedly launch two refreshed versions of the iPhone 8. One of these entry-level handsets will sport Face ID with a notch, while the other will feature Touch ID. Additionally, the phone is set to feature a much bigger rear-facing camera which suggests the phone will use dual-lens camera technology.

These two iPhone 8 devices will reportedly drop in March, followed by four more higher-end iPhones in the Fall.

The OnePlus 8 will reportedly sport a 120Hz screen, as well as a 240Hz touch sample rate similar to the Asus ROG Phone II.

Further, the phone will feature 1000 nits of brightness similar to the LG G7.

This handset also reportedly sports motion smoothing, which is a form of video processing typically used by TV manufacturers.

For more on the OnePlus 8’s display technology, click here.

The OP8 will reportedly feature a 12GB of RAM, a Snapdragon 865 processor and Android 10.

Three leaked renders of the indicate that it will also include a hole-punch display.

We typically don’t write about phones that don’t come to Canada, but we’ll talk about Huawei until we’re sure that the company’s phones won’t come here.

The Huawei P40 Pro will have a variant that features a ceramic/metal finish. The front of the device sports hole-punch dual selfie cameras with two lenses that are a bit spread out. Additionally, the phone’s rear-facing camera module features five cameras. One of these shooters sports a periscope lens that allows for 10x optical zoom.

For more information on the P40 Pro leak, click here.

A Huawei P40 render leaked this week as well. This phone will also sport hole-punch dual selfie cameras. The rear camera module features three cameras with an ultra-wide-angle shooter, a primary sensor and a time-of-flight sensor. This device also features a 6.1-inch or 6.2-inch screen.

The Pro version will also sport either a 6.5-inch or a 6.7-inch screen. 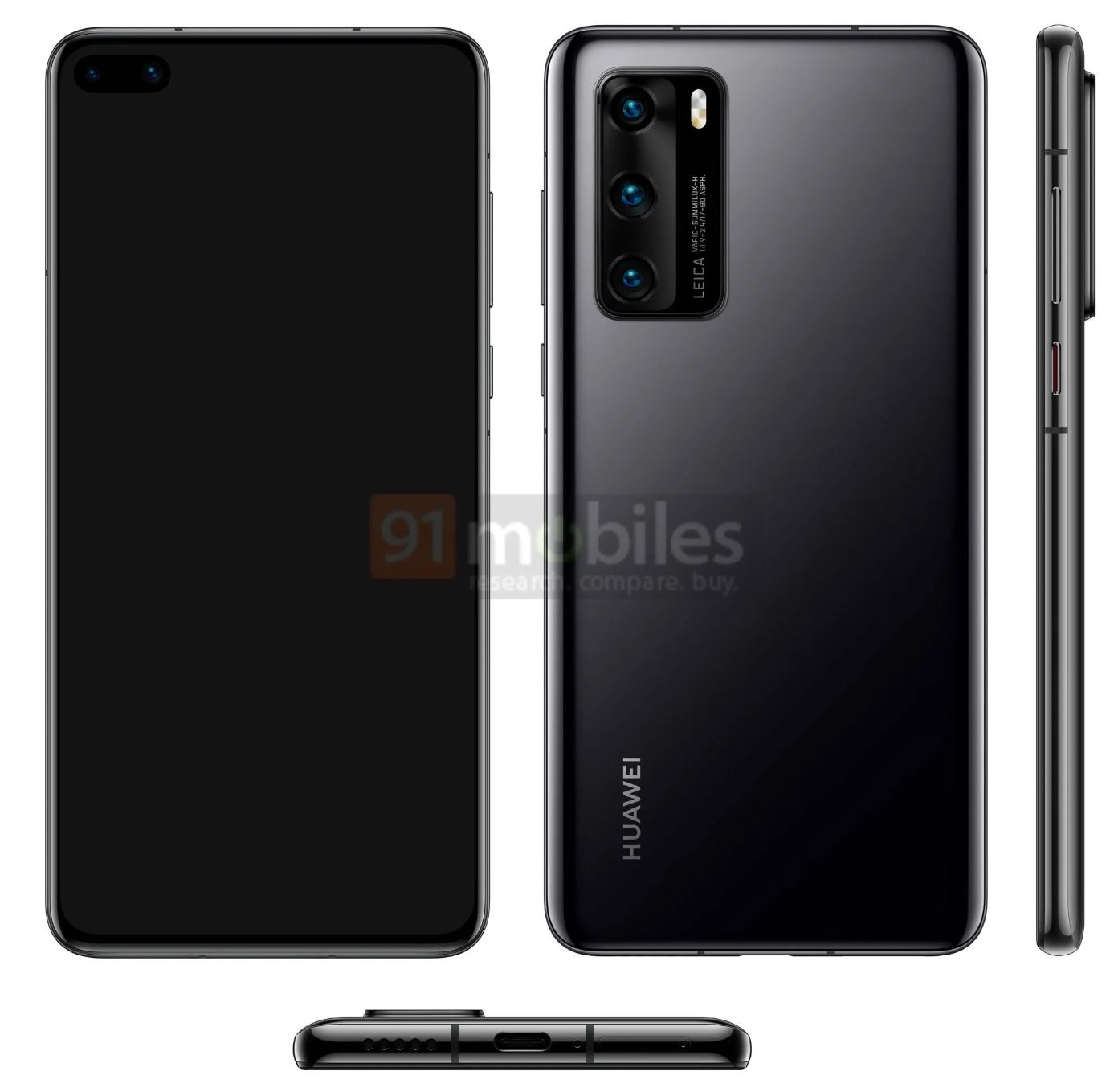 For more information, Huawei P40 and its specs, click here.

We’ve started to already see rumours about the Pixel 4a, Google’s unreleased entry-level smartphone. This phone will likely launch at Google I/O 2020, which is usually in May.

For more on the Pixel 4a rumour, click here.