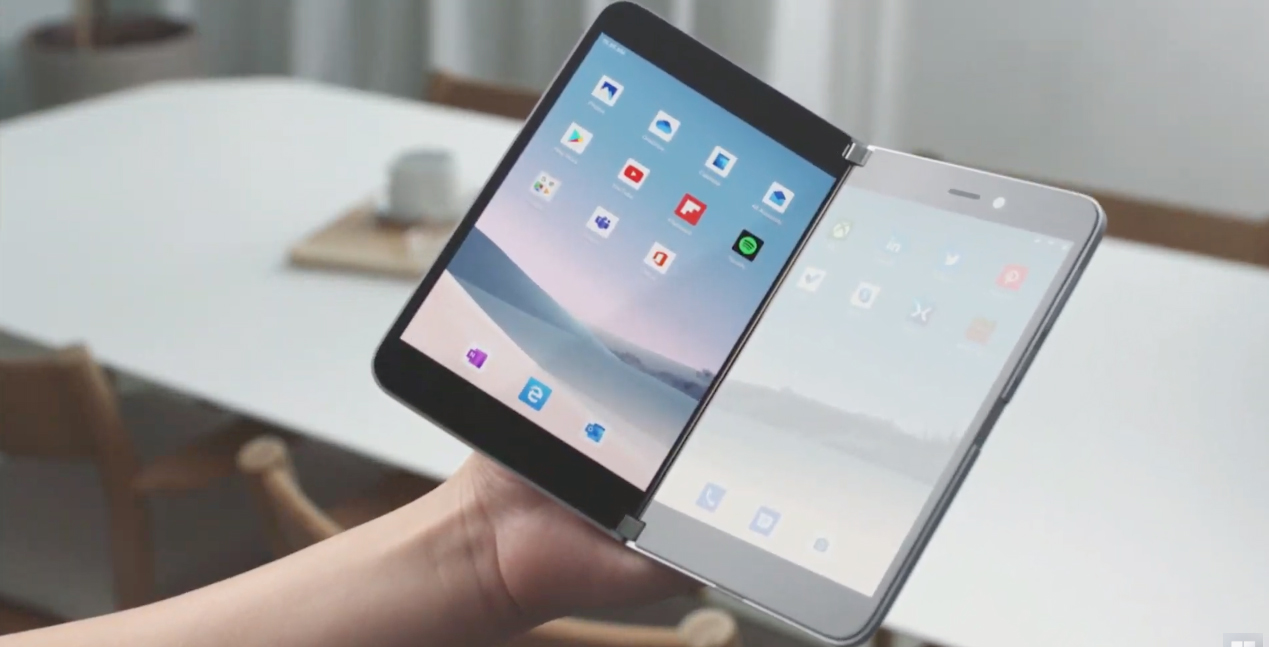 Considering Microsoft already showed off the phone at its Surface event in 2019 (and multiple times since), there’s not a lot in the renders we haven’t seen before.

Still, there are some new things and some other interesting tidbits gleaned from the images. To start, Blass said the renders are of the Surface Duo for AT&T. Although there is no carrier branding, it could mean the Duo will be exclusive with the U.S. carrier at launch, or AT&T could be the origin of the renders.

One significant difference with this render compared to what we’ve seen previously is that the renders show a flash in the top-right corner. That matches with some of the real-world images we’ve seen of the Surface Duo. 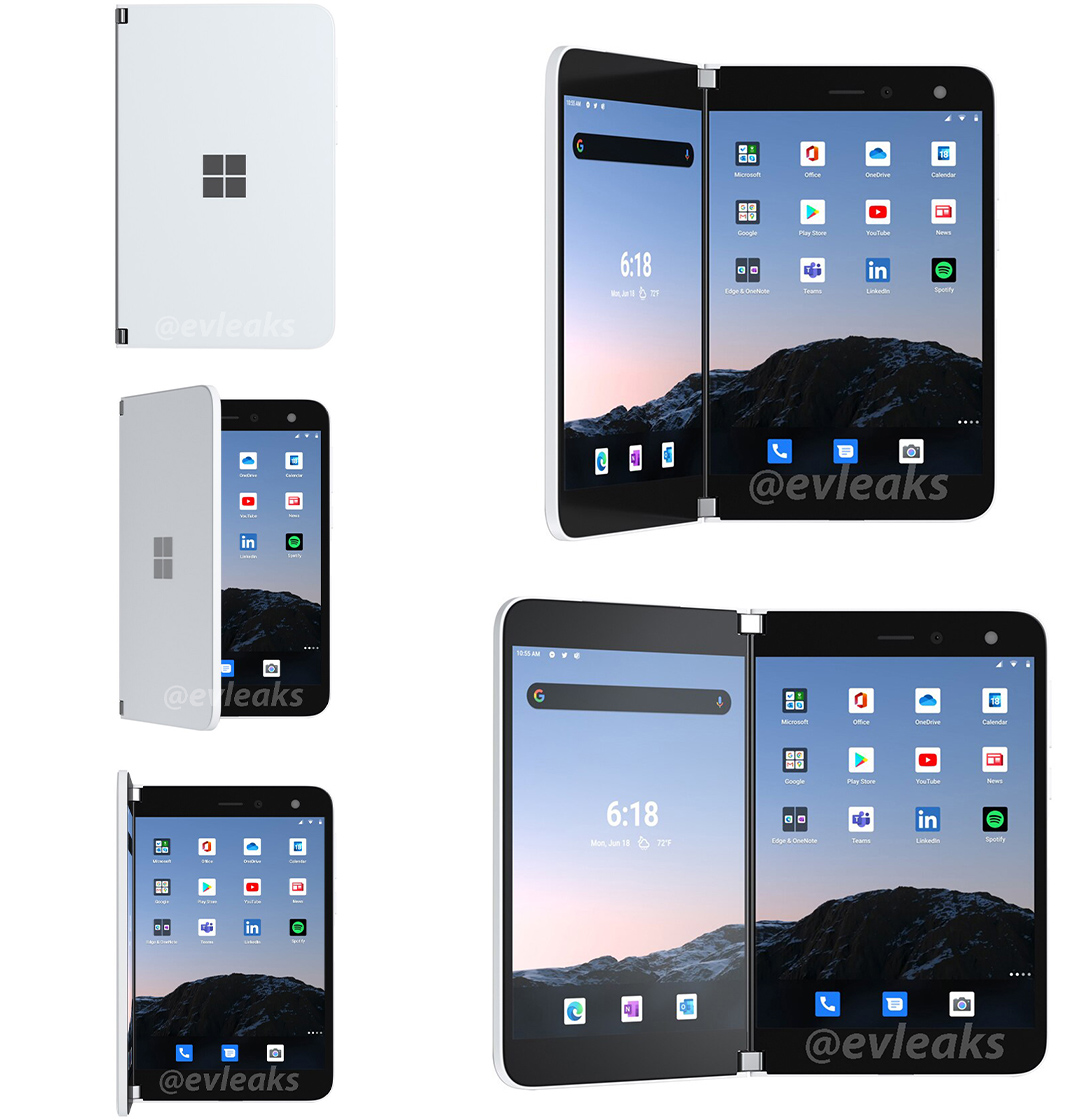 The renders also show the display and several apps, giving a picture of what software Microsoft will pre-load on the Duo. On the left screen are a Google search bar and a clock widget with the date and weather. Below is the dock with Microsoft Edge, OneNote and Outlook.

On the right-hand screen are a few apps. There’s a Microsoft folder with the company’s To Do app, what looks like the Xbox Game Pass app, Outlook and Skype. Below the Microsoft folder is the required Google folder, which comes on most Android phones and features all the default Google apps.

There’s also Office, OneDrive, Calendar, the Play Store, YouTube, News, Teams, LinkedIn and Spotify. Interestingly, Spotify is the only app on the home screen that isn’t made by Google or Microsoft.

The right screen also features a unique-to-Duo shortcut that will let users launch Edge and OneNote at the same time with one app on each screen. Users will be able to set up their own shortcuts like this for launching multiple apps side-by-side.

While it’s not clear if all versions of the Duo will include these apps, I wouldn’t be surprised if that’s the case. Microsoft will want its services front and center, but Google requires its services to be there too.

A previous spec leak suggested that the Duo would sport two 5.6-inch screens, use a Snapdragon 855 and 6GB of RAM. It will offer 64GB, 128GB or 256GB of storage and have a single 11-megapixel camera that doubles as the selfie camera and rear camera (depending how you fold the phone). It also will have a 3,460mAh battery and USB-C charging.