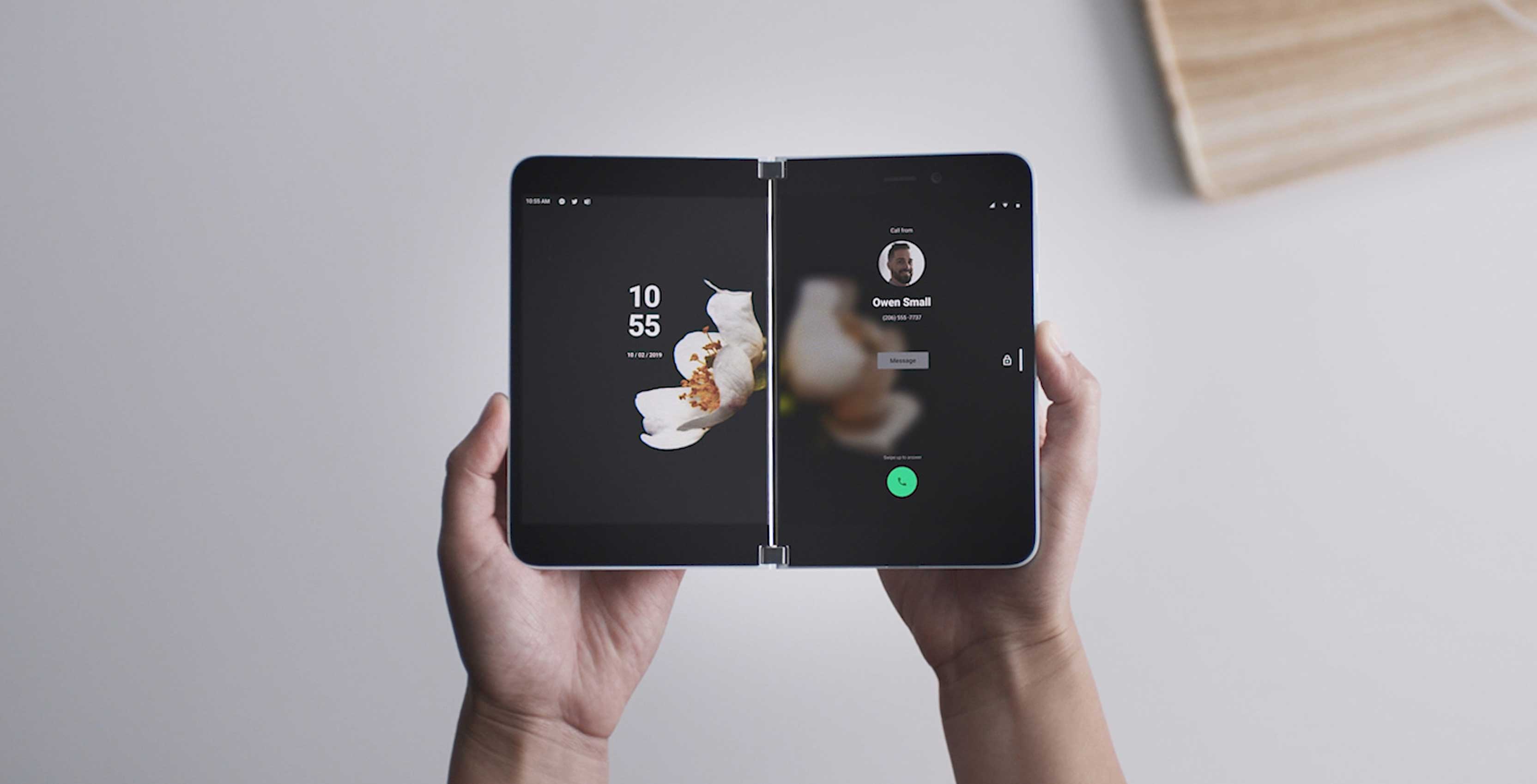 Like the just-announced Surface Neo, the phone folds but the screens are split, unlike Samsung’s Galaxy Fold.

This is a big move for Microsoft since it hasn’t released a phone in several years following the failure of Windows Phone. To remedy this, the company is building the Duo on top of Google’s Android operating system. It’s likely powered by Android 10 since this version of the OS features built-in support for larger form-factor devices that fold like the Duo. 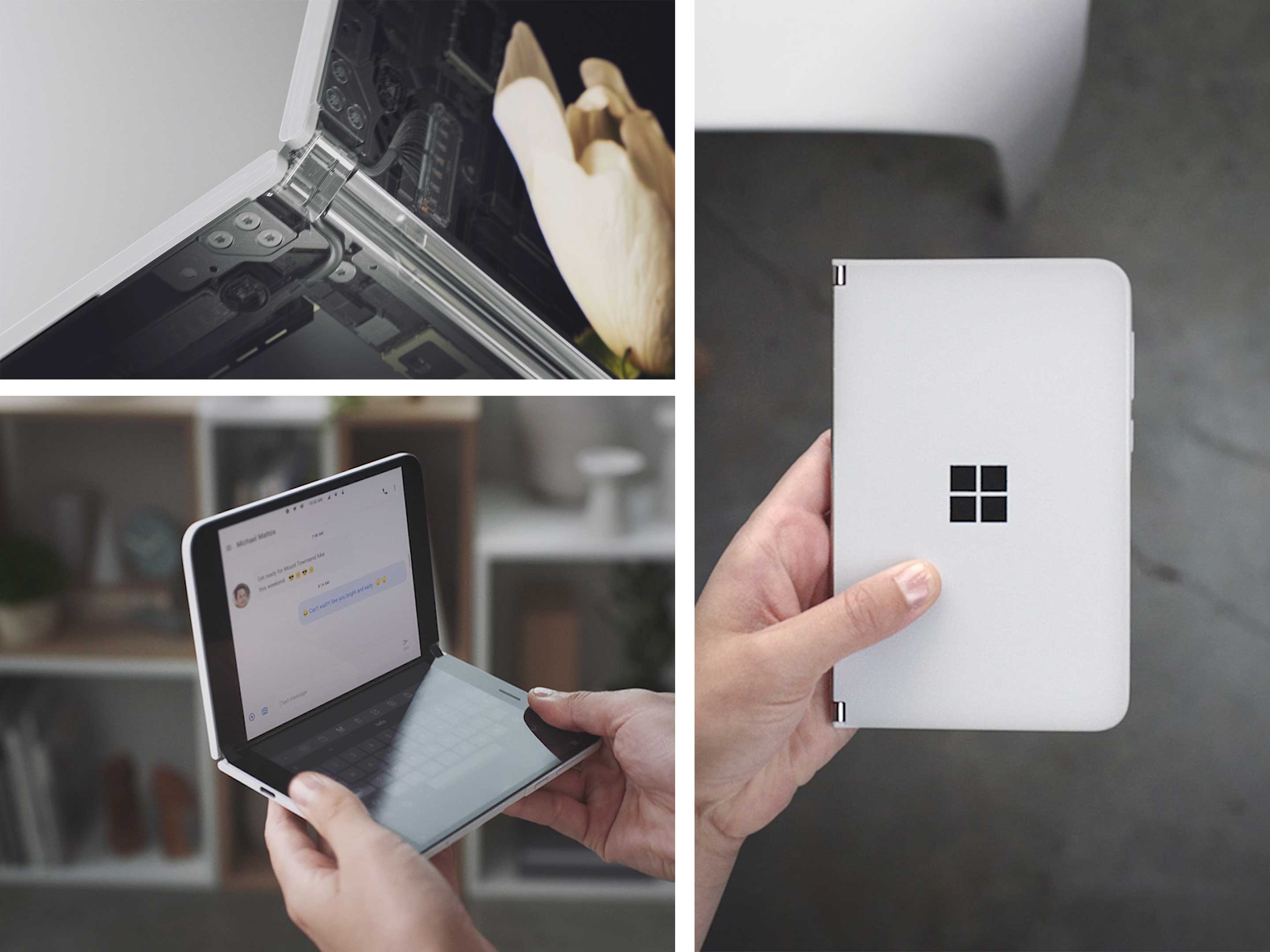 The Duo features two side-by-side 5.6-inch displays that fold all the way around. This means you can use the phone as either a single screen or dual-screen smartphone.

Notably, there’s no screen on the outside, so you have to open it to view the screen. When both displays are open there is a total of 8.3-inches of screen real estate.

The company seems to be marketing the Duo as a productivity device since it looks set to function similarly to the dual-display Surface Neo. The phone is capable of running two apps side-by-side. It’s currently unclear if the Neo can run three apps like the Galaxy Fold.

Just like the Neo, the Duo is slated to launch during the holidays in the 2020 season.