The in-development feature will flag "heated" conversations to users 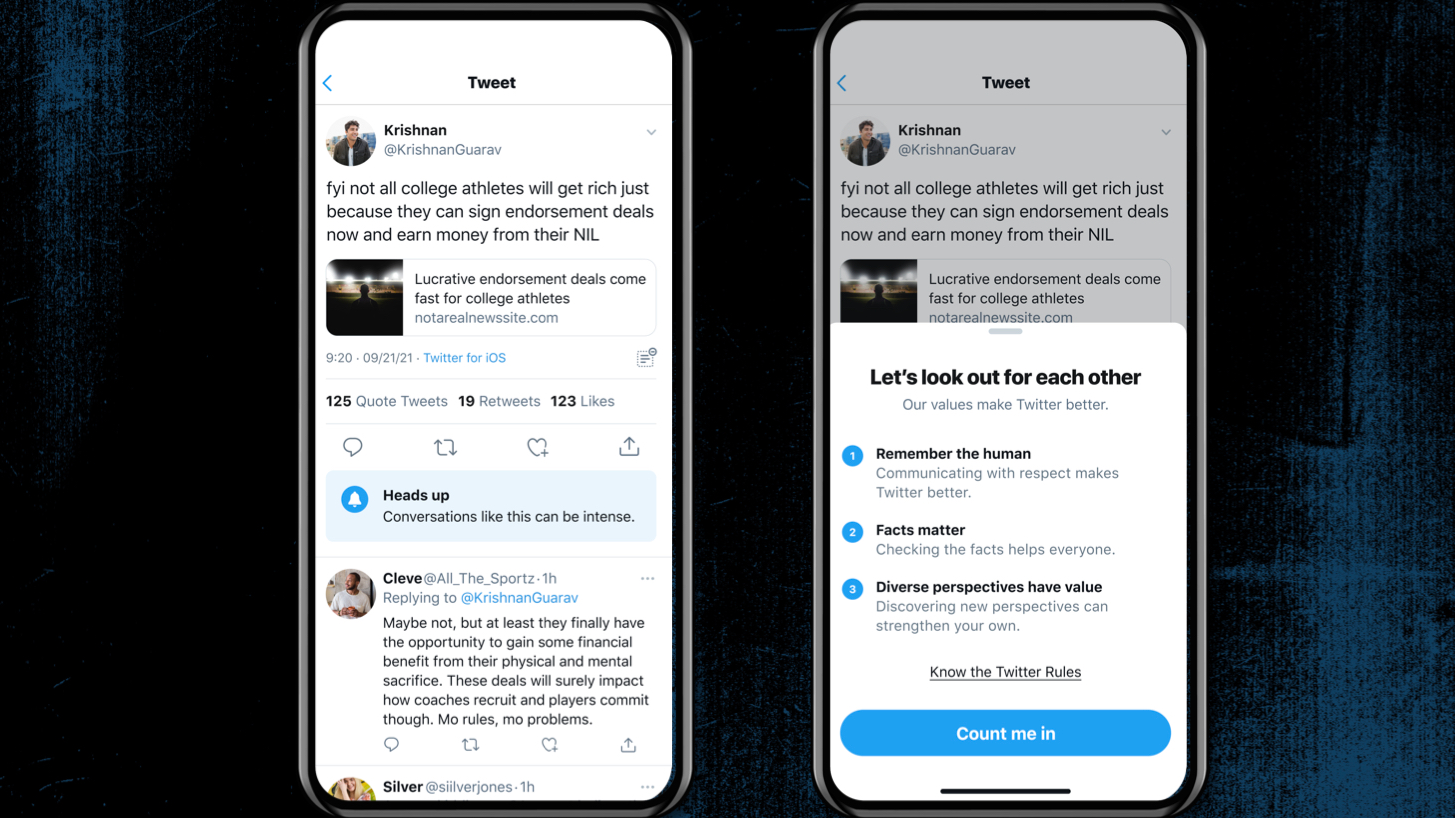 Twitter announced it will be introducing trigger warnings to the platform through an upcoming feature called ‘Heads Up.’

According to a press briefing, ‘Heads Up’ will warn users when they’re about to join “heated” conversations.

While details on exactly how ‘Heads Up’ will function are scarce, as its still in development, Twitter described its thinking behind the new feature as “sometimes you want to know who’s in the room and what’s the vibe, before you jump in.”

How those “vibes” will be determined by the company remains to be seen, but how users will be flagged can be seen in the image above provided by Twitter.

‘Heads Up’ will be the latest in a string of features rolled out by Twitter in recent months designed to auto-moderate content and give users more control over who can engage with their tweets and how.

This includes adding labels to distinguish between bot-run and human-run accounts, a Safety Mode setting that auto-blocks accounts engaging in harassment, a button that lets users manually remove followers from your account, and an in-the-works privacy setting that hides old tweets.