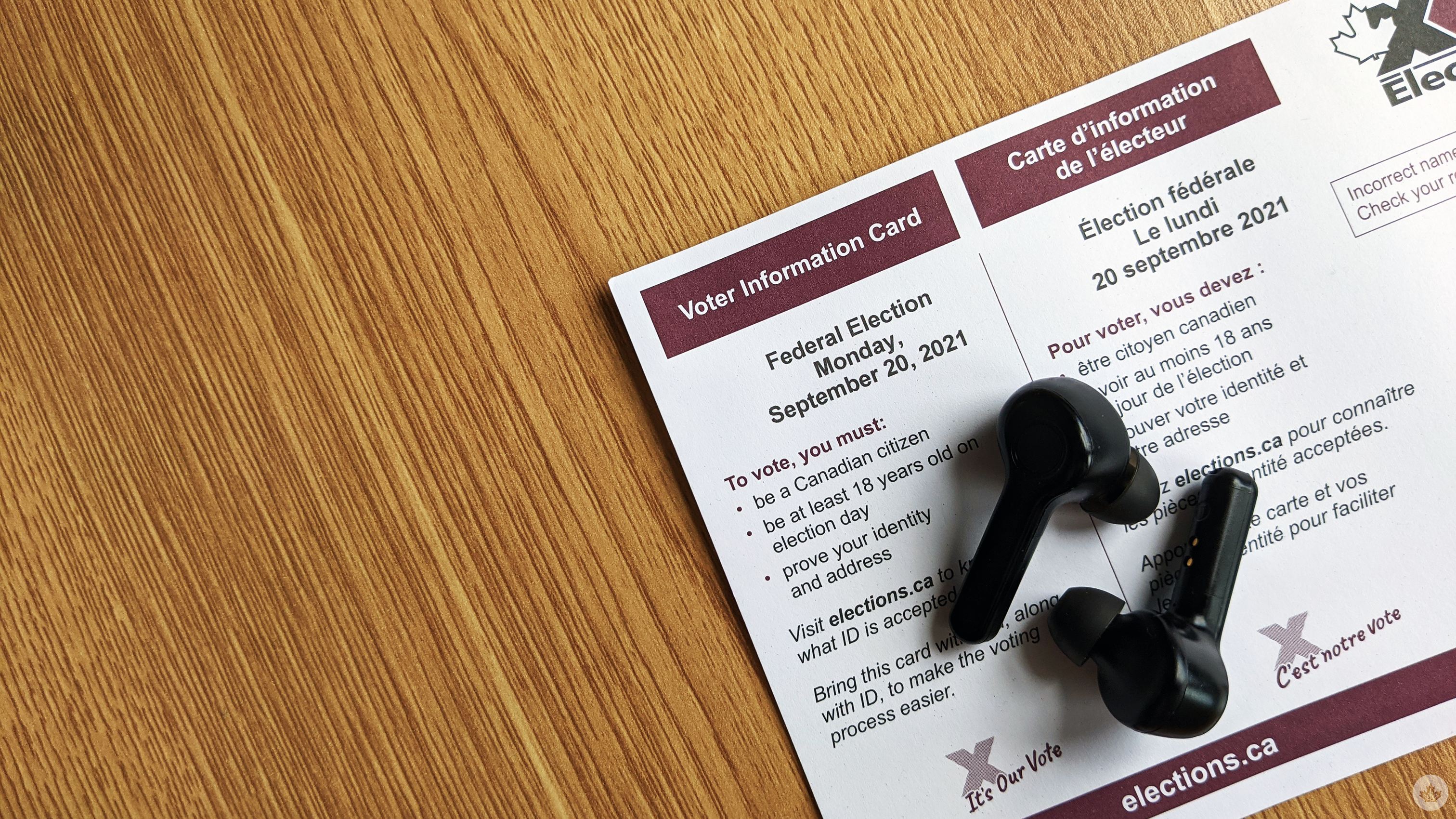 In case you somehow missed the yard signs, televised debates, Twitter memes and breaking news alerts — Canadians are heading to the polls on September 20th, 2021 to vote in a federal election.

So you don’t have to, I trawled through the five main political parties’ platform documents in search of how each group would change or ‘fix’ technology and telecommunication policy in Canada.

For those specifically interested in what the parties have to say about zero-emission vehicles, check out our ZEV election promise round-up.

And if you want a blast from the near-past, here’s our 2019 election primer.

Note: There’s a lot at stake in this upcoming election beyond the tech and telecom stuff I’ll be covering below. So, if you’d like to read up on what each party is promising on other topics (given the last 17 months, I’d suggest a quick ⌘+f/crtl-f search for terms like “eldercare,” “affordable housing,” and “paid sick days”), here are links to the full platform documents: Bloc Québécois, Conservative Party of Canada, Green Party of Canada, Liberal Party of Canada, and New Democratic Party of Canada. And if you’re eligible to vote, please do

Harder, better, faster, stronger — and most importantly — cheaper internet by 2025

Ensuring all Canadians have access to affordable, wireless high-speed internet is a campaign promise shared by the Conservatives, Greens, Liberals and NDP.

To keep this promise, most parties are proposing a two-step solution: expand internet infrastructure across the country, particularly in rural areas, and introduce new policies to increase competition within Canada’s notoriously small telecommunication industry.

On the infrastructure front, the incumbent Liberals will continue funding broadband roll-out projects across Canada. The new bit is that they’ve issued a threat to Canada’s big carrier companies — such as Bell, Rogers and Telus — who’ve purchased 5G spectrum rights: use those rights to build lots of broadband infrastructure nationwide between now and 2025, or that spectrum will be snatched back and resold to smaller, regional carriers.

“The Canadian Radio-television and Telecommunications Commission is in charge of regulating broadcasting and telecoms in Canada — and everyone has opinions on how it should or shouldn’t be run.”

It’s a pretty big threat, given that the government made a cool $8.91 billion at a recent spectrum auction due to aggressive bidding between carriers, and that Bell is currently taking regional carrier Quebecor to court over its purchase of spectrum in Western Canada (a region where Quebecor-owned Vidéotron does not currently offer services).

2025 is the target year set by the NDP as well, as the party declared affordable high-speed internet an essential service that, under their mandate, all Canadians will have access to within four years.

It’s the same for the Conservatives, who like the Liberals, are pitching a “use it or lose it” spectrum rule aimed at big telecoms, but with a notable twist: the party said that any spectrum auction revenue would go back into the federal digital infrastructure plan, which is a not an insignificant amount, considering that aforementioned $8.91 billion profit from this summer.

The Green Party, while scarce on specific dates, is also promising to invest in reliable broadband connectivity across the country, especially in rural and remote areas.

As for competition between Canada’s ISPs, the NDP wants to create a Crown corporation — separate from the CRTC, we’re assuming, but more on that later — to “ensure the delivery of quality, affordable telecom services to every community,” and to introduce a Telecom Consumers’ Bill of Rights to prevent price gouging.

Using other countries’ internet prices as a point of comparison, the party will also mandate that all providers offer basic, affordable wireless broadband plans — with inexpensive unlimited data options and no data caps.

It's time for a Telecom Consumers' Bill of Rights.

Meanwhile, the Conservatives want to open the country’s telecommunications market to more non-Canadian competitors, provided that other countries return the favour and let Canadian carriers offer services in their markets as well. This is tricky, because foreign carriers would either need to have enough money to compete in the next spectrum auction, or else wade into murky negotiations with Canada’s Big Three to purchase inflated internet wholesale rates.

It also seems like the Conservatives would oppose Rogers’ contentious acquisition of Shaw Communications, as their platform promises to “stand up to corporate Canada and reject mergers that substantially reduce competition and lead to layoffs and higher prices” — a sentiment echoed nearly word-for-word in Conservative leader Erin O’Toole’s speech on September 7th, during a press conference in which the party’s telecom campaign promises were publicly announced.

Big tech is a big threat

The Bloc Québécois, Conservatives and NDP all want to introduce a three percent tax on multinational tech giants.

For the Bloc, this would involve taxing the income of companies like Amazon, Facebook and Google, and using that money to fund local arts, culture and media. For the NDP’s part, they pointedly describe their proposed tech giant tax as a roll-back of corporate income tax cuts introduced under the previous Conservative government led by Stephen Harper

Beyond ensuring that big tech pays its fair share of Canadian taxes, parties also want to see a commitment to Canadian content.

For example, the Liberals, NDP and Green party are all promising to reform the Broadcasting Act to require media web giants operating in Canada — such as Netflix, Disney+ and Amazon Prime Video — create and promote Canadian content.

“A unique trend emerging across party lines this election are policies on mental health and technology.”

For the Liberals and Greens, this reform specifically takes the form of Bill C-10, a bill currently in discussion at the Senate level that would grant the CRTC power to regulate these online digital giants.

Meanwhile, the Conservatives would scrap Bill C-10 and make their own changes to the Broadcasting Act which would force foreign streaming services to reinvest a chunk of their Canadian revenue into making original Canadian programming in both official languages.

The Conservatives are also proposing a new digital media royalty framework to ensure that Canadian media outlets are fairly compensated for the sharing of their content by platforms like Google and Facebook, and creating a special Competition Bureau task force to examine the effects of “big tech” within the Canadian industry.

People have beef with the CRTC

The Canadian Radio-television and Telecommunications Commission is in charge of regulating broadcasting and telecoms in Canada — and everyone has opinions on how it should or shouldn’t be run.

For example, the Bloc endeavours to represent what it feels Quebec’s needs are at the national level. As such, one of their election promises is to boot the Canadian Radio-television and Telecommunications Commission (CRTC) out of la belle province, and create a new in-house organization to regulate broadcasting and telecommunications specifically for Quebec.

As previously mentioned, the Conservatives are not down with giving the CRTC more regulatory power. They want to get rid of CRTC license fees, and use funds from it’s proposed three percent digital services tax (see the section above for more details) to recoup those costs.

In fact, the party is likely aiming to ditch the CRTC altogether, as it’s 2021 platform pointedly includes a promise to review the CRTC’s mandate “ to ensure that it better reflects the needs of Canadians and doesn’t prevent Canadian broadcasters from innovating and adapting to changes in the market.”

Meanwhile, the Liberals, NDP and Green Party are all in favour of keeping the CRTC moving forward. The NDP is promising to work with the CRTC to achieve the party’s goal of capping internet prices and reversing the commission’s 2019 ruling on wholesale internet rates, and the Greens support Bill-10’s proposal that social media and streaming giants should be regulated through the CRTC.

A unique trend emerging across party lines this election are policies on mental health and technology.

The main promise, initially presented by the Conservatives and now backed by the Liberals, is the creation of a national three-digit hotline, similar to 9-1-1, specifically dedicated to mental health crises and suicide prevention.

Canadians’ mental health is something dear to my heart. I'm proud to work alongside @ToddDohertyMP to champion a nation-wide, three-digit suicide prevention hotline so that everyone has simple access to help when they need it. pic.twitter.com/IehF2LWcBd

The Liberals and NDP also pledge to further develop and improve infrastructure around the country’s virtual healthcare system, with the Liberals committing to spending $400 million over the next four years.

For its part, the Green Party is campaigning for a Canada-wide study on the “impact of phones and social media on mental health in adolescents.”

You gotta fight…for your right…to repair

If elected, the Liberal and NDP parties would both implement “right to repair” legislation, granting consumers the legal right to affordably access the tools and materials needed to fix their own devices.

It would also force electronic and tech companies to readily supply spare parts and un-blackbox their products, rather than only (and oftentimes begrudgingly) offer in-house repairs through their customer service departments.

For both political parties, the goal of this legislation is to extend the life of products, divert from landfills, and reduce e-waste.

Sometimes, political parties come up with some pretty unique policy ideas. Here are the ones that related to technology and telecommunications:

To support local commerce, especially in light of the COVID-19 pandemic, the Bloc is promising to increase support for small businesses trying to set-up digital storefronts, and to offer them lower credit card fees for online transactions.

The Conservatives will require that gig economy companies — e.g. smartphone app services like Uber and Skip the Dishes — contribute into a new tax-free Employee Savings Account every time they pay their workers, which workers can withdraw funds from whenever. (It’s worth noting that the Liberals’ solution is to cover these precariously employed workers through existing protections offered through the Canada Labour Code and Income Tax Act).

Relevant to the work-from-home crowd, the Liberals are developing a “right to disconnect” policy, a new labour law aimed at promoting work-life balance by imposing limits on how much employers can demand employees stay connected and reachable in off-hours.

Finally, the NDP is promising to introduce a digital bill of privacy rights to improve protections for Canadians online.