The average Canadian family would allegedly save $1,000 under proposed plan 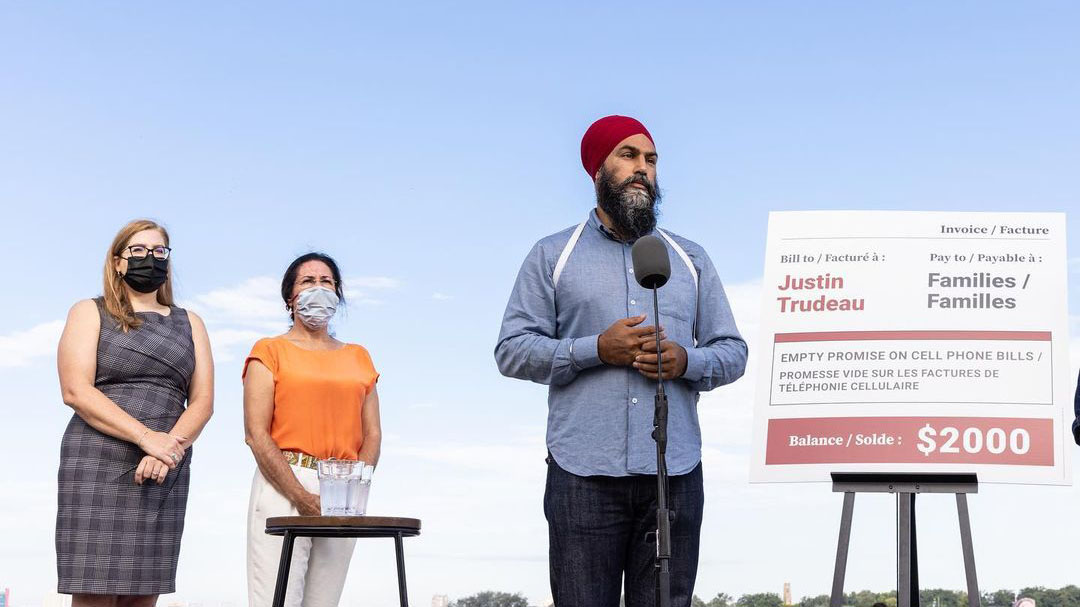 The federal NDP have pledged to lower Canadians’ cellphone and internet bills to below the global average if elected this fall.

NDP Leader Jagmeet Singh made the announcement while on the campaign trail in Windsor, detailing the party’s plan to work with the Canadian Radio-television and Telecommunications Commission (CRTC) to impose stricter regulations and fee caps on the country’s largest telecommunications companies.

According to CP24, Singh said the NDP’s proposal would “save the average family $1,000.” He also argued that “unlimited internet plans should be truly unlimited, and not see speeds slow down once a certain amount of usage is reached.”

The announcement from the NDP leader comes a day after Ontario-based internet provider TekSavvy blamed an upcoming $3 price increase for its services on the CRTC. In an email to customers, TekSavvy attributed the hike directly to the CRTC’s decision to reverse a 2019 order that would have lowered the wholesale fees that independent ISPs (like TekSavvy) pay to access networks owned and controlled by bigger corporations.

The upcoming federal election, which has its own custom emoji on Twitter, takes place on September 20th, 2021.