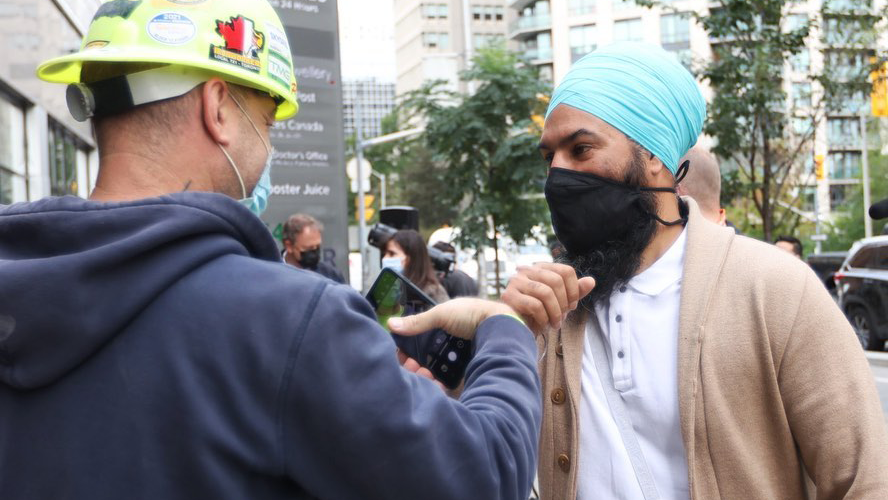 The New Democratic Party is joining TekSavvy, Ontario’s Big City Mayors and others in calling for the reversal of a Canadian Radio-television and Telecommunications Commission ruling that would have reduced the price of wholesale internet rates.

NDP leader Jagmeet Singh weighed in on the debate at a campaign stop in Toronto on September 14th, broadcasted by CPAC.

He announced that the party, if elected, would introduce new policies to force the CRTC to revisit its decision to not adjust the wholesale rates that large carriers — i.e. those that own most of the country’s telecom infrastructure — can charge smaller internet service providers (ISPs).

The decision in question is a controversial reversal of a major study led — funnily enough — by the CRTC itself. In August 2019, the commission found that the larger carriers were overcharging smaller ISPs by a substantial amount — contributing to higher internet prices for consumers — and ordered that the big guys would have to reduce their wholesale rates.

At a campaign stop in Toronto to highlight pledge to lower cell phone and internet fees, NDP Leader Jagmeet Singh is asked how his party would reverse the CRTC's decision on wholesale internet rates.#cdnpoli | #elxn44 pic.twitter.com/Vln8uyH32y

The findings were then challenged at every possible level by Bell, Cogeco, Eastlink, Rogers, Shaw Communications, and Vidéotron. In May 2021, the CRTC ultimately decided to back off and drop its ruling entirely, citing errors in its decision process.

“The CRTC obviously is a regulator, but we can put in place laws that indicate where we want to go with things, in terms of where our priorities are,” said Singh, referring to the NDP’s election promise to lower internet bills for Canadian consumers.

TekSavvy, an independent ISP, has made the wholesale rate decision an election issue by encouraging Canadians via online petitions and lawn signs to ask their local candidates demand the CRTC reinstate its original 2019 ruling.