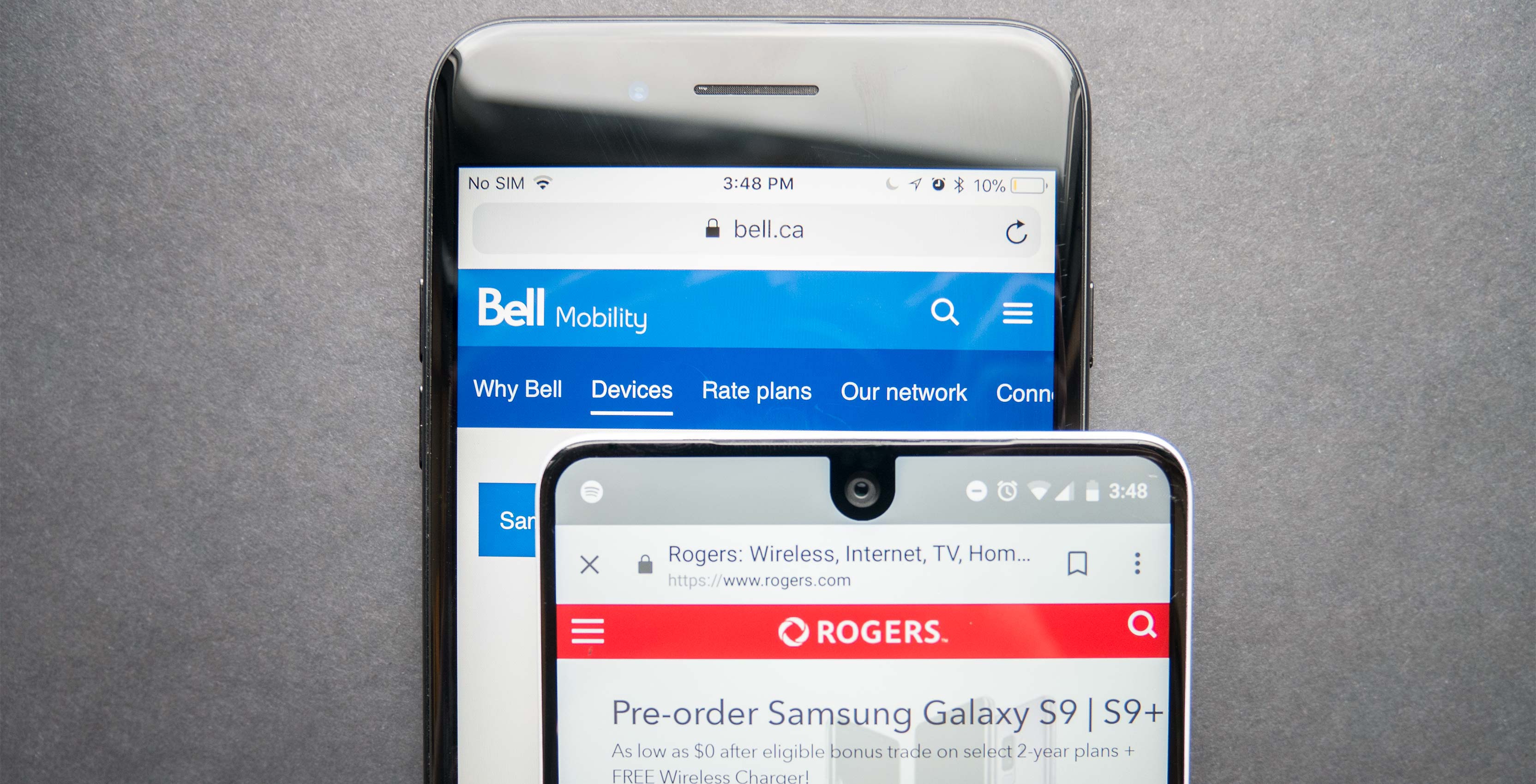 Canada’s wireless industry is preparing for what might be one of the largest shakeups in its history.

The CRTC — Canada’s telecom regulator — has until the end of this month to release its revised decision on Wi-Fi-first MVNOs, and it seems Canadian carriers are taking the potential for massive change very seriously.

Bell recently announced that its prepaid Lucky Mobile brand will be launching an app for Wi-Fi-based texting and calling service, and a head office job posting from Rogers suggests preparations are also underway at Canada’s largest carrier.

In a recent job listing post for a senior analyst position, Rogers stated it was looking for someone to “support the development of business and operational framework in anticipation of the pending MVNO [mobile virtual network operator] mandate.”

The ‘pending mandate’ from the Canadian Radio-television and Telecommunications Commission (CRTC) regards whether or not Wi-Fi can be considered a “home network,” allowing wireless resellers that don’t necessarily have any network infrastructure to purchase roaming service from the major infrastructure-owning telecoms.

For those busy reading the tea leaves on Canadian telecom competition, another data point: @Rogers looking for help developing "business and operational framework in anticipation of the pending MVNO mandate". https://t.co/sz11eUs8q1 #crtc pic.twitter.com/kIzBVTqR18

The job posting has since been changed to remove that wording, but its existence shows that Rogers is readying itself for a decision that could effectively mandate mainstream wireless reselling.

Of course, it’s important to note that this MVNO analyst position already existed previously — Rogers already works with MVNOs (including Petro-Canada Mobility) and expects to work with more as IoT and machine-to-machine technology grows.

Still, the wording is plain. Rogers is preparing for the possibility of a major change.

In response to MobileSyrup‘s request for comment on the subject of the MVNO reconsideration, Rogers stated:

“We expect a decision later this month. In launching this process, we were encouraged the government recognized our investments to deliver world-leading networks and the need for continued facilities-based investment. We reinforced in our submission why maintaining incentives to invest in Canada’s world-class works was vital at this time, with 5G coming and the continued expansion to rural and remote areas.”

The carrier’s response touches on the heated debate at the center of this issue: facilities-based investment versus opening the market to more low-budget wireless options that are more commonly seen in other parts of the world, particularly in the U.S. and Europe.

“In launching this process, we were encouraged the government recognized our investments to deliver world-leading networks.”

In a nutshell, Rogers — as well as Bell and Telus — argue that opening the door to a Wi-Fi-first MVNO market reduces the incentive to invest in infrastructure upgrades, which might ultimately lead to a decrease in wireless quality.

To the point of low-cost options, Rogers told MobileSyrup it shared the government’s concerns about the digital divide for low-income Canadians, pointing to the Connected for Success program and the lower-tier price plans at its Fido and Chatr flanker brands as an example of the company’s attempt to bridge the divide.

There’s some indication that other carriers might be preparing for a change as well. Bell’s new prepaid brand, Lucky Mobile, will launch an app that enables talk-and-text over Wi-Fi at some point in 2018 — a play that can be seen as Bell getting its foot in the Wi-Fi-first market in case a change does occur.

Bell, however, declined to comment on the matter of how or if it was preparing for the decision’s release.

While Telus’ budget prepaid brand Public Mobile has yet to launch a similar feature, it has been actively attempting to move Public customers to postpaid service through sister brand Koodo. Telus has offered several data-rich promo plans and credits to those who will move up the value chain, causing customers on its forums to wonder whether the carrier is planning a change in strategy for Public.

Telus declined to comment on the matter, as did Videtron.

Shaw did not respond to MobileSyrup‘s request for comment.

Sugar Mobile and other potential players

MobileSyrup also reached out to some of the smaller Canadian players who might benefit from a revised decision in order to potentially enter an emerging wireless reselling market.

Montreal-based cable, internet and home phone provider Cogeco — whose CEO Louis Audet recently spoke out in favour of the creation of a Wi-Fi-first MVNO market — had no comment for MobileSyrup, but previously told The Globe and Mail:

“If the government becomes serious about enabling competition, it will grant Wi-Fi-based operators the status of facilities-based competitors, which can then roam on other people’s networks.”

Meanwhile, the Wi-Fi-first MVNO that kicked off this debate, Sugar Mobile, is optimistic. President and CEO Samer Bishay told MobileSyrup via email:

“We are definitely getting ready with our platforms and systems to enable wireless competition in Canada by introducing full self-serve wireless wholesale systems.”

“We are definitely getting ready with our platforms and systems to enable wireless competition in Canada.”

Bishay also said he believed the competition is preparing for a change, citing Lucky Mobile’s upcoming Wi-Fi feature and the “hiring of key MVNO roles.”

MobileSyrup reached out to TekSavvy, which offers internet and home phone services in central Canada. The company refrained from commenting, but previously told CTV News that the review could be “potentially game changing.”

Xplornet, which already offers fixed wireless and has future mobility plans, had no comment.

Jeff Pastuck, wireless network manager at Seaside Communications, another small player that offers fixed wireless, told MobileSyrup: “While I greatly appreciate you reaching out to speak with me regarding WiFi first MVNOs, I really haven’t had a chance to investigate with any depth, the opportunity presented if the CRTC does indeed rule in favor of MVNOs.”

Internet and cable provider Distributel made no comment on behalf of its subsidiaries including Acanac, Zazeen and Yak.

Tbaytel and Sogetel, both smaller mobile players, also did not comment.

What is an MVNO?

MVNOs sell mobile phone service by wholesale purchasing the use of another company’s existing infrastructure and then reselling service at generally lower rates.

MVNOs are not a large consumer market force in Canada due to the fact that the CRTC does not compel carriers to sell network-use to providers that don’t build their own infrastructure, though there are a few MVNOs that work with Rogers, Bell and Telus.

Those include PC Mobile, which uses Bell for prepaid service and Telus for postpaid, as well as the aforementioned Petro-Canada Mobility, which works with Rogers.

In June 2017, ISED minister Navdeep Bains ordered the CRTC to reconsider a decision that sewed up a loophole allowing Wi-Fi-first MVNO Sugar Mobile to operate in all areas of the country.

Minister Bains’ explained in his order that it was necessary to reconsider the decision because “Canadians with low household income in particular face challenges related to the affordability of telecommunications services.”

The move was a rare instance of government attempting to revise one of its own decisions.

Correction: Rogers’ senior analyst job listing was not removed, but the wording about the pending mandate was removed. The article has been updated accordingly.