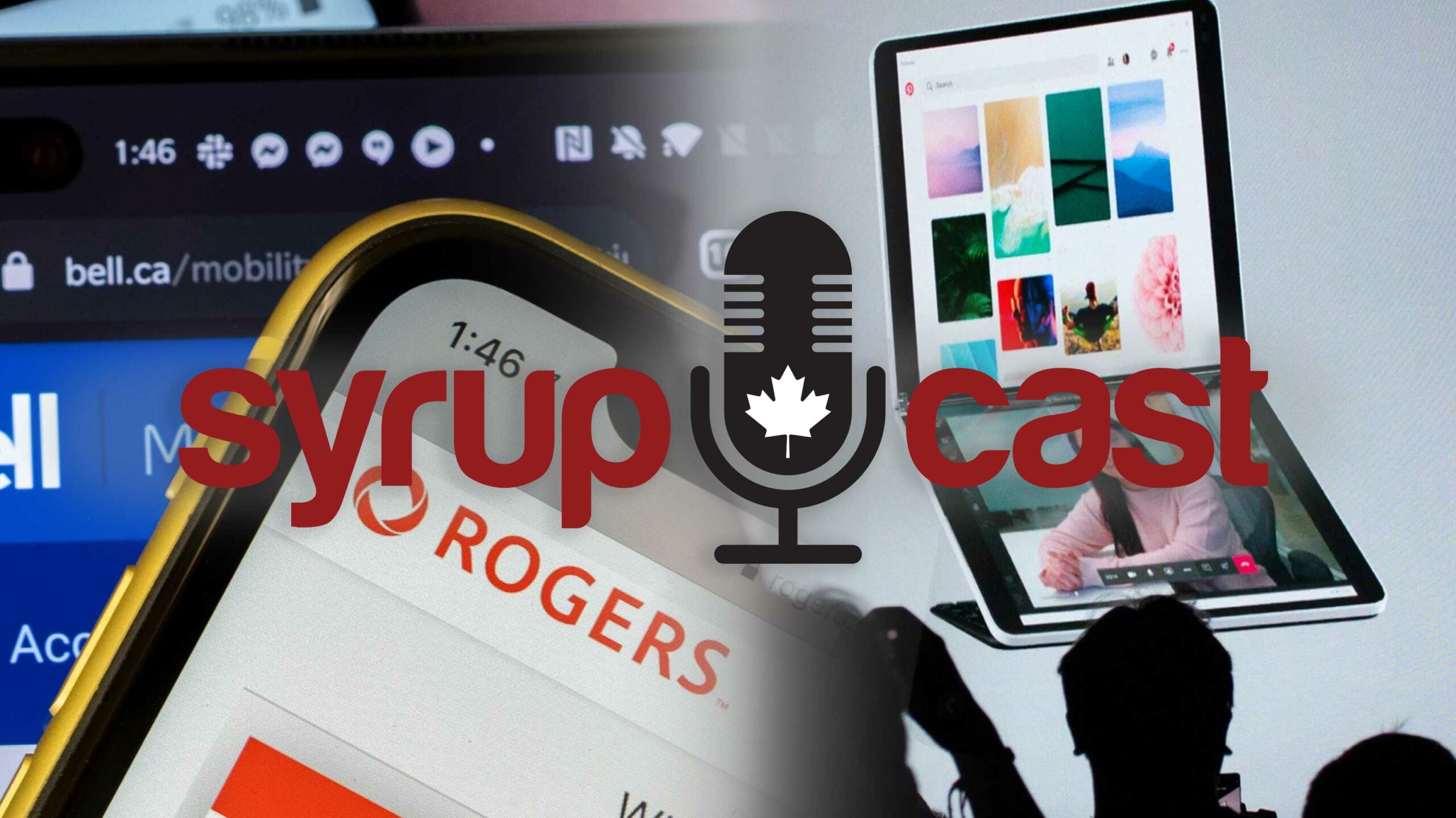 This week on the SyrupCast, Patrick O’Rourke and Brad Bennett are joined by Jon Lamont to talk about Microsoft’s dual-screen Surface Duo smartphone, and a few of the wilder phone plans we’ve seen appear over the last few weeks.

To start things off, the team discusses the hottest news of the week, including Disney+’s new add-on Star, Tesla’s Solar Roof, the Pixel 5a’s recent leak and more.

Once the conversation shifts to the Surface Duo, Jon gives us his early impression and the team discusses what makes this foldable stand out compared to Samsung’s Galaxy Fold 2.

After that, both Brad and Jon talk about the recent win-back offers they received from Bell and Rogers and why Canadians might sometimes get better deals from their old carrier compared to their current provider.

Tune in below or find us on Spotify, Apple Podcasts or your podcast platform of choice.