Apple Watch Series 6 and SE are now available in Canada 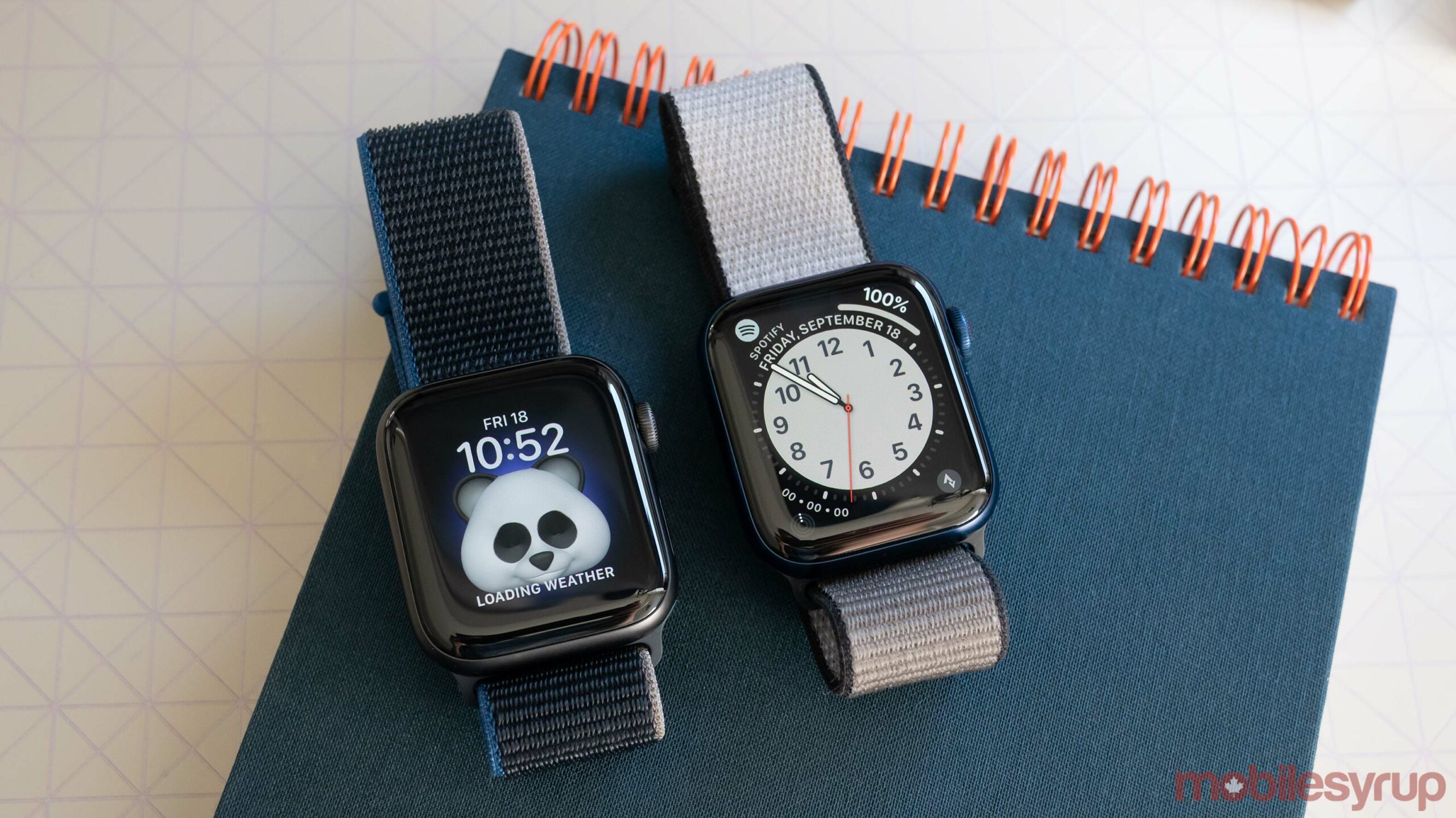 This year there are ‘Blue,’ ‘Gold,’ ‘Silver,’ ‘Space Grey’ and ‘Product Red’ versions of the Series 6 that come in the usual Aluminum and Stainless Steel variants.

The Apple Watch Series 6 is now available and starts at $529 for the GPS version and $659 for the GPS + Celluar iteration.

For more on the Series 6, check out my early impressions of the smartwatch.

Apple is positioning its new Apple Watch SE as the tech giant’s first entry-level smartwatch. The wearable features the same S5 processor as the Series 4 and Series 5, making it two times faster than the Series 3.

ECG and the Series 6’s new blood oxygen level detection aren’t available with the SE, however. The smartwatch also doesn’t feature an always-on display like the Apple Watch Series 5 and Series 6.

The Apple Watch SE is available in Aluminum ‘Gold,’ ‘Silver,’ and ‘Space Grey’ starting at $369.

For more on the Apple Watch SE, check out my early impressions of the smartwatch.

It’s worth noting that both the Series 6 and SE don’t feature a charging brick in the box. That said, both smartwatches are compatible with watchOS 7, which includes new features like ‘Sleep Tracking,’ additional Watch Faces, the ability to connect more than one Apple Watch to an iPhone, and more.