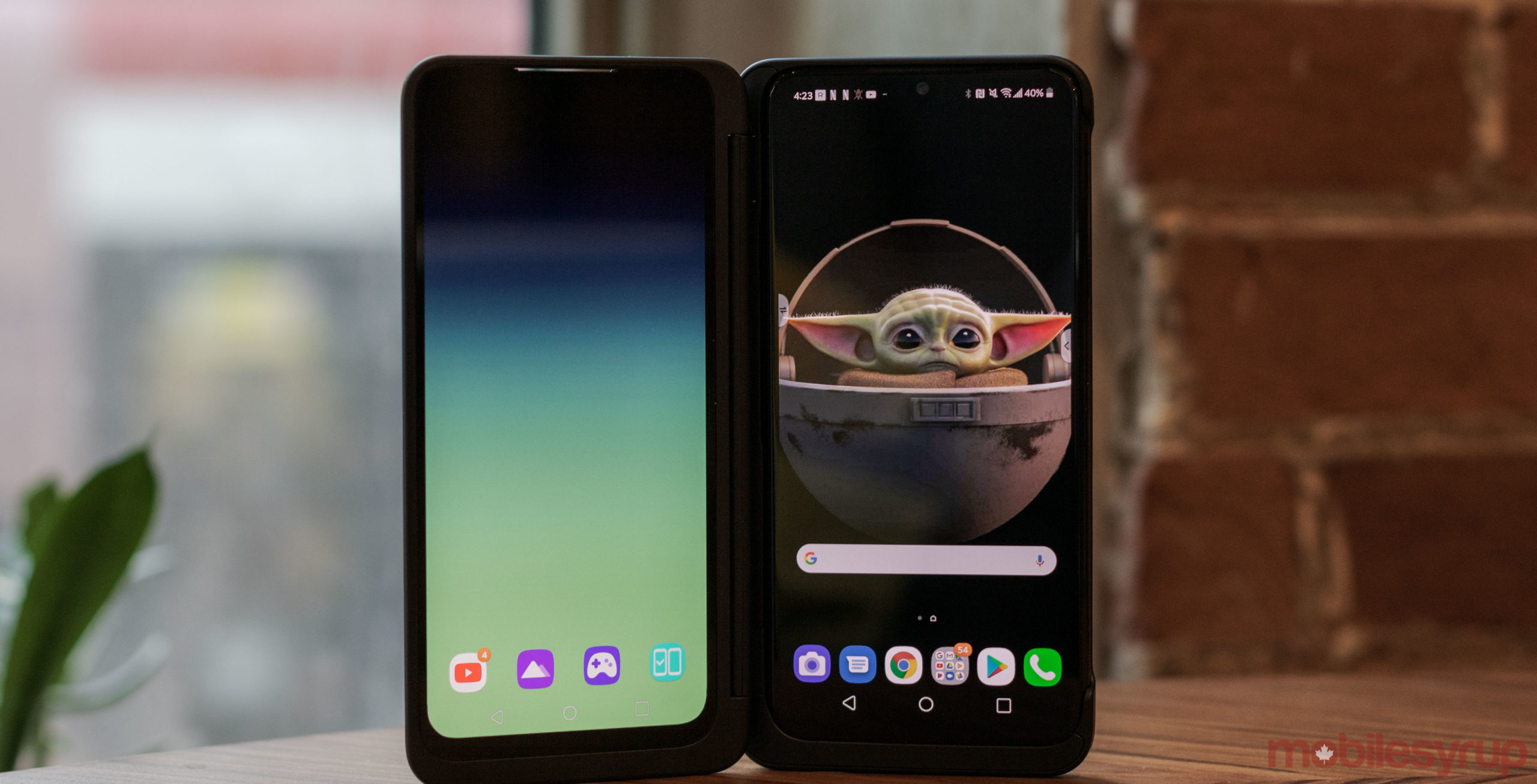 Similar to Mobile World Congress 2019, LG will reportedly launch another dual-screen smartphone at MWC 2020. A report from the Korea Herald indicates that the V60 ThinQ will launch at the February at MWC.

The V60 ThinQ will reportedly support 5G and come with a secondary display similar to the G8X ThinQ.

The Korea Herald suggests that this time around LG will redesign the hinge mechanism for the secondary screen. Currently, the screen attachment for the G8X ThinQ moves 180-degrees, but there’s a rather noticeable space between the two displays.

A previous LG patent indicates that the company is working on a secondary display attachment that when unfolded, makes the display look seamless.

LG has previously patented designs for foldable smartphones, but it doesn’t seem like the company is ready to launch a handset that features this technology.

The South Korean company will reportedly launch the V60 ThinQ alongside the G9 ThinQ at MWC 2020 in February.