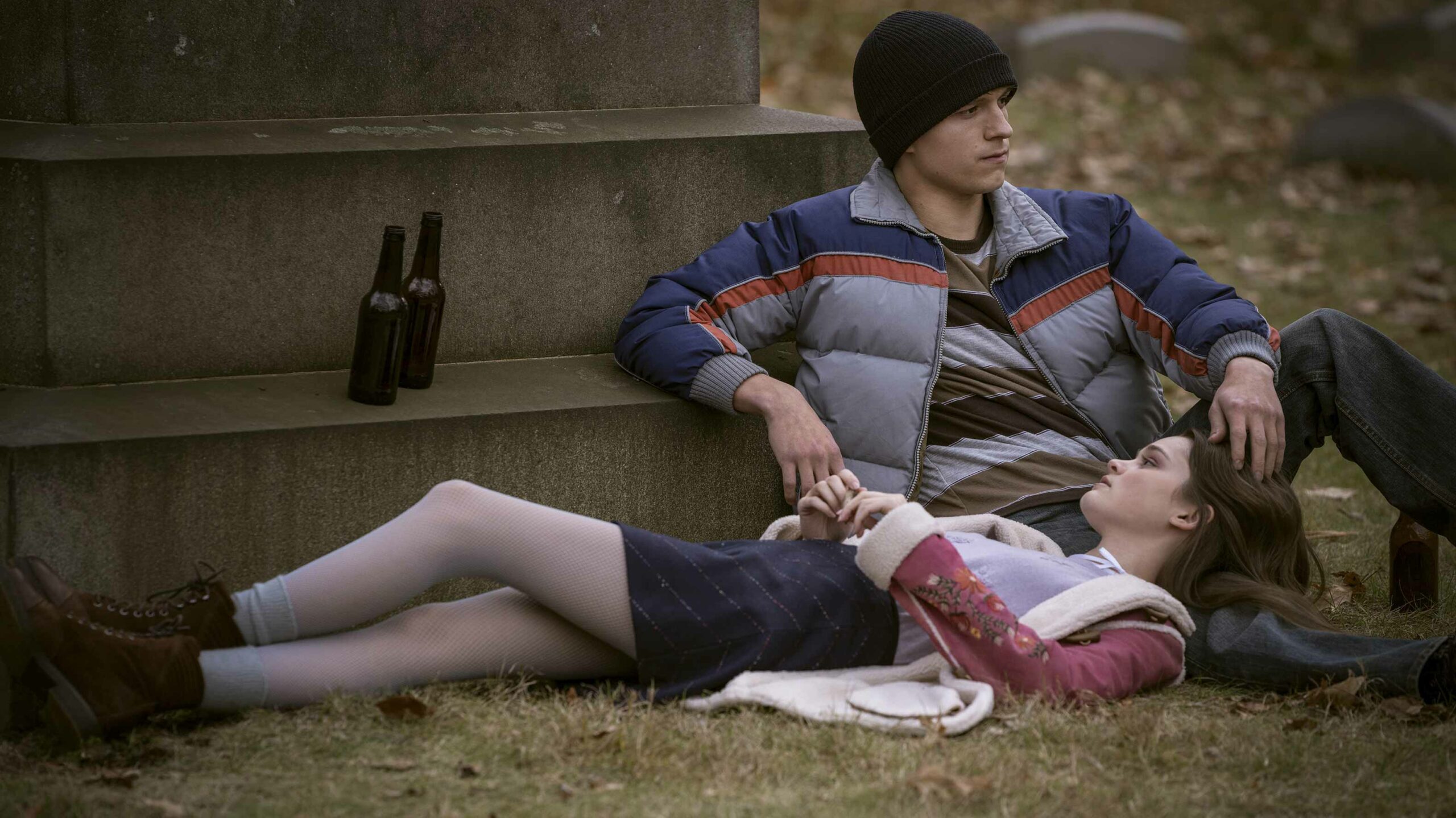 In the 1860s, a young adventurer travels from the U.K. to New Zealand’s South Island to start a new life during the West Coast Gold Rush.

Based on Eleanor Catton’s 2013 novel of the same name, The Luminaries was adapted by Catton and stars Eve Hewson (Behind Her Eyes), Eva Green (Penny Dreadful) and Himesh Patel (Yesterday).

An army medic with PTSD turns to robbing banks to fund his opioid addiction.

Based on Nico Walker’s 2018 novel of the same name, Cherry was directed by Anthony and Joe Russo (Avengers: Endgame) and stars Tom Holland (Spider-Man: Far From Home) and Ciara Bravo (Red Band Society).

For more on what’s coming to Apple TV+ in the next several months, click here.

HBO’s controversial docuseries about the Woody Allen sexual abuse allegations concludes this week with its fourth and final episode.

The series was directed by Kirby Dick and Amy Ziering (The Invisible War).

After getting dumped by her boyfriend, Lucy creates a pop-up art gallery to display items from people’s previous relationships.

A group of high school students’ exploration of modern sexuality puts them into conflict with the beliefs of their conservative community.

Genera+ion was created by 18-year-old Zelda Barnz and her father Daniel and stars Nathanya Alexander (Ocean’s Eight), Justice Smith (The Get Down), Chloe East (Kevin (Probably) Saves the World) and Nava Mau (Disclosure).

Genera+ion is the latest original from the U.S.-only HBO Max to come to Crave as part of Bell Media’s Canadian exclusive content deal with Warner Media.

With WandaVision wrapped up on Disney+, the streaming service is now airing a new documentary special about the making of the series.

Specifically, the episode follows Elizabeth Olsen (Wanda), Paul Bettany (Vision) and other members of the cast and crew as they film the various episodes, including the one taped in front of a live studio audience.

It’s important to note that Marvel Studios Assembled is a larger series that will offer behind-the-scenes looks at other Marvel Studios productions in the future, including Black Widow and Hawkeye.

A mother and father who normally turn down their kids’ requests agree to a day where they’ll say “yes” to almost anything.

Based on Amy Krouse Rosenthal and Tom Lichtenheld’s book of the same name, Yes Day was directed by Miguel Arteta (Like a Boss) and stars Jennifer Garner (Alias), Édgar Ramírez (The Assassination of Gianni Versace: American Crime Story) and Jenna Ortega (You).

This week in Netflix news: Netflix has begun testing a crackdown on password sharing.