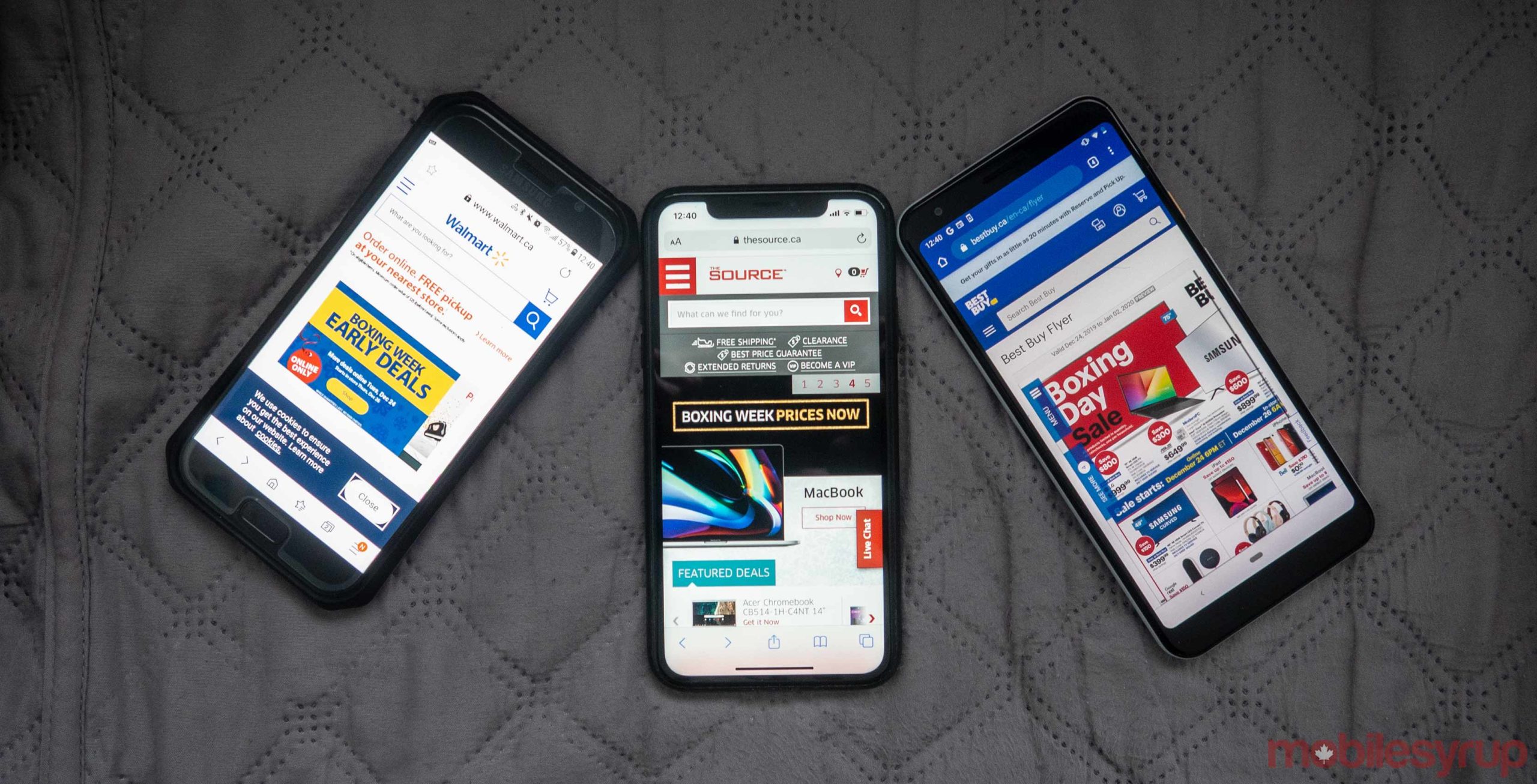 In many cases, Boxing Week is that time to spend what little money you have left from the holidays or use whatever cash or gift cards you got for Christmas.

To help with that, MobileSyrup has rounded up the tech-related Boxing Week deals offered by major Canadian retailers.

In general, Boxing Week runs from December 26th to 31st. That said, keep in mind that many retailers kick off some or even all of their Boxing Week deals online on the evening of December 24th before offering them in stores starting on December 26th.

Amazon hasn’t revealed a full list of Boxing Week deals yet, although the e-commerce giant is offering many last-minute Christmas offers on the Nintendo Switch, Echo smart devices, the Fire TV streaming stick and more.

The electronics retail giant’s lineup of deals includes up to $150 off Google Nest devices, $70 0ff the Oculus Go VR headset, $200 off MacBooks and up to $700 off various 4K TVs.

A larger breakdown of the deals can be found here.

The video game retailer has discounted Astral Chain by $20 and Code Vein and Borderlands 3 by $30, among other titles.

For Boxing Week, the Microsoft Store is offering up to $390 off Surface Pro 7 bundles and up to $150 off Xbox One consoles, among other deals.

You’ll find Nintendo’s Boxing Week deals at most of these other retailers. More details can be found here.

For Boxing Week, the Bell-owned electronics retailer will have the Ultimate Ears Megaboom 3 speaker for $50 off, $200 off select LG 4K TV models, and $30 off the Google Home Mini.

Walmart’s Boxing Week deals include $20 off games like Star Wars: Jedi Fallen Order and Super Mario Odyssey, up to $600 off RCA TVs and the Samsung Galaxy S10 for $0 with a $350 gift card.

Note that these deals are taking into account deals from major retailers. That said, MobileSyrup has also rounded up the top carrier deals for Boxing Week. Check out those here.