One week with Apple’s 2018 MacBook Pro

The new MacBook Pro remains one of the best laptops out there, despite its flaws 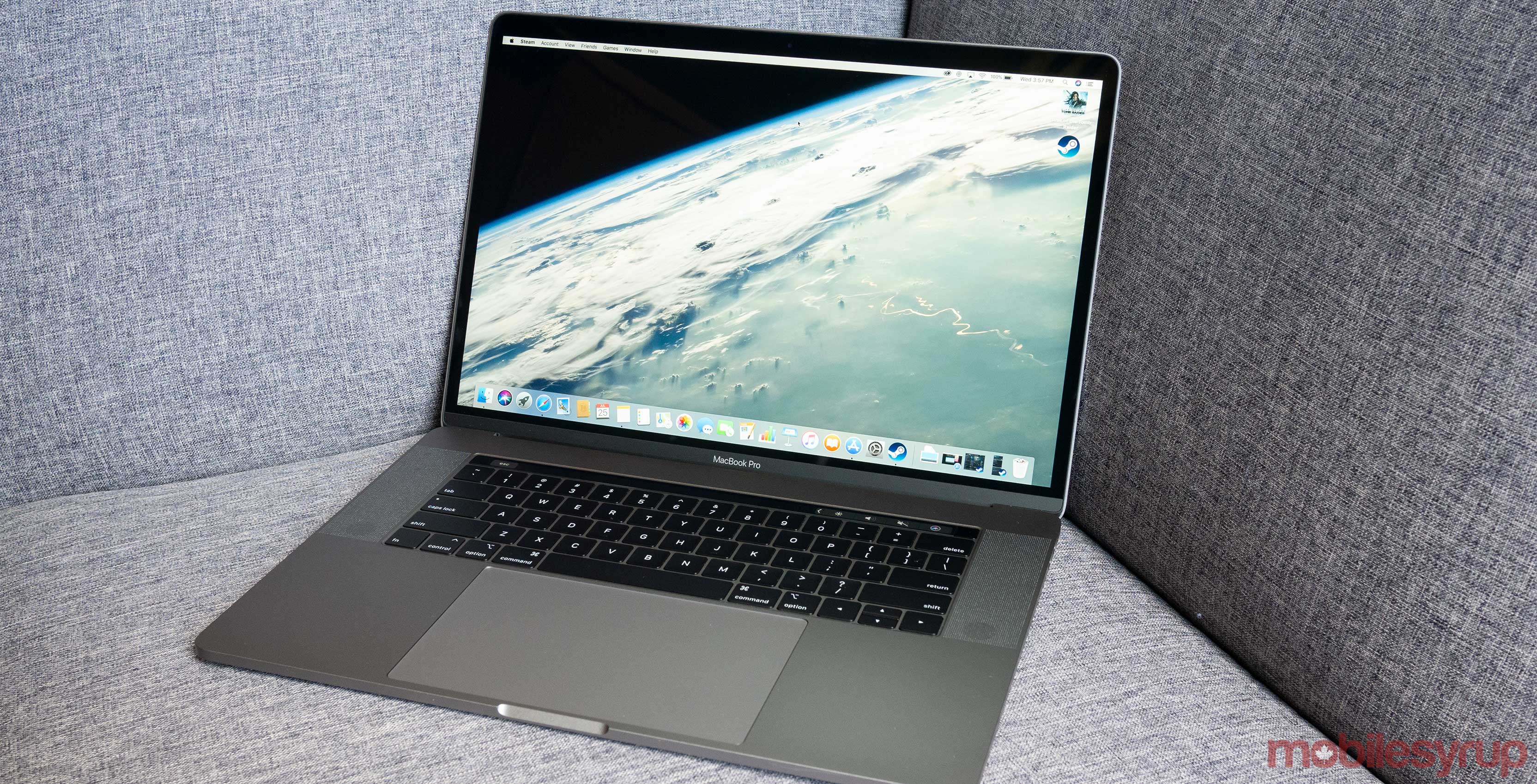 The new 2018 MacBook Pro with Touch Bar, which once again comes in both 13-inch and 15-inch variants, features Intel’s 8th-generation 6-core Coffee Lake series of processors — including the highest-end i9 variant — along with other minor new features and higher spec configurations. For example, you can finally configure the 15-inch MacBook Pro with 32GB of RAM. 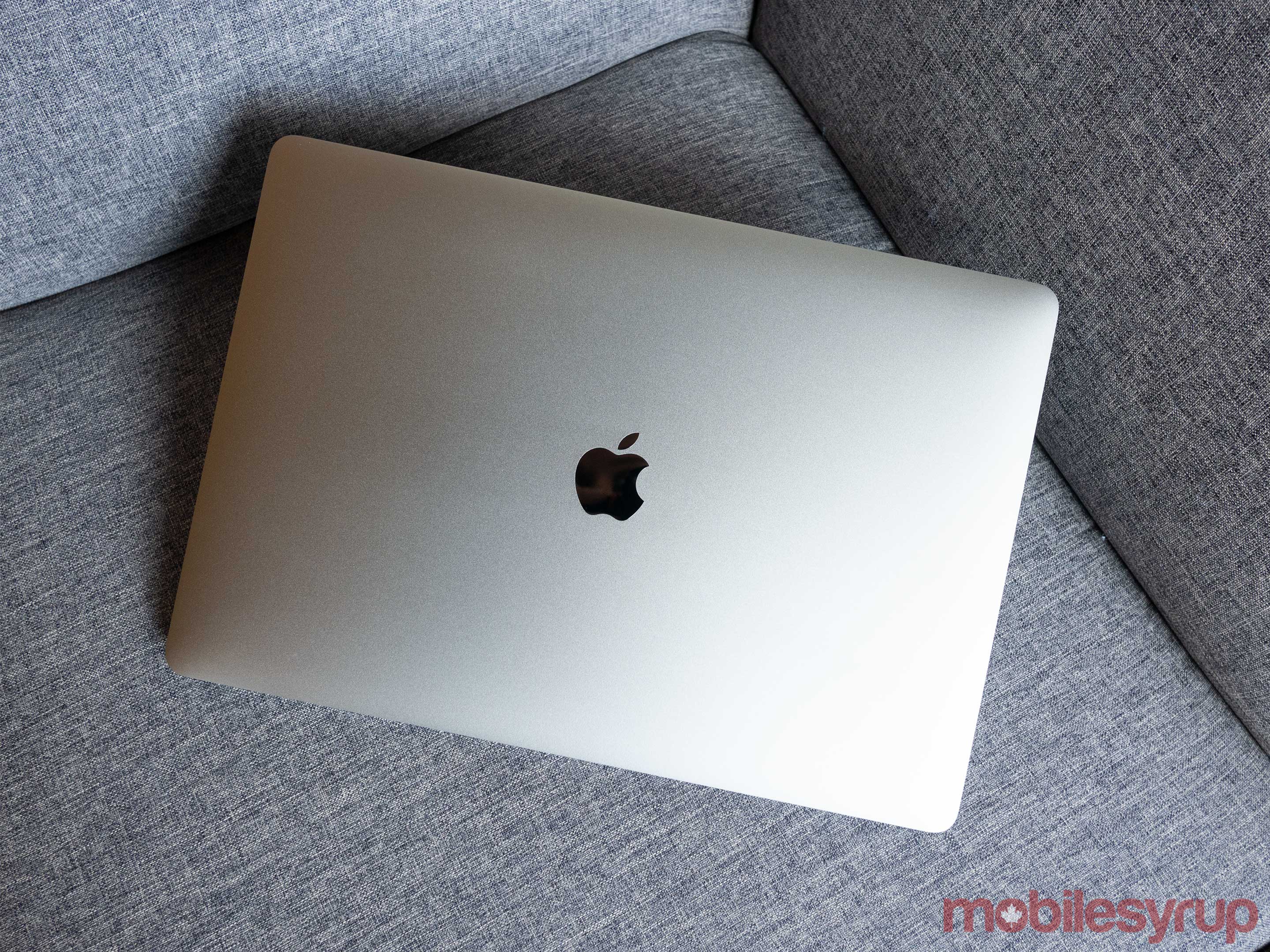 The tech giant has also controversially revamped the laptop’s butterfly keyboard to feature a protective silicon layer under each key. If you ask Apple, this keyboard tweak was made solely to ensure the keys sound quieter — a perplexing answer given the widely reported reliability issues the Pro’s keyboard has experienced since launch.

In reality, the more likely reason for the new butterfly mechanism is a little murkier, with iFixit reporting the silicon enclosure is designed to prevent dust and other debris from getting under keys, an issue that causes some older versions of the ‘Butterfly Keyboard’ not to work reliably. iFixit also backed up this claim by uncovering a recent patent filed by Apple for the silicon key covers.

Why exactly Apple is avoiding questions surrounding the Pro’s third-generation butterfly mechanism is anyone’s guess, though speculation indicates it has something to do with the multiple class action lawsuits the company is currently facing related to keyboard reliability issues. The company also recently launched a four-year free replacement program for all MacBook laptops experiencing the issue. 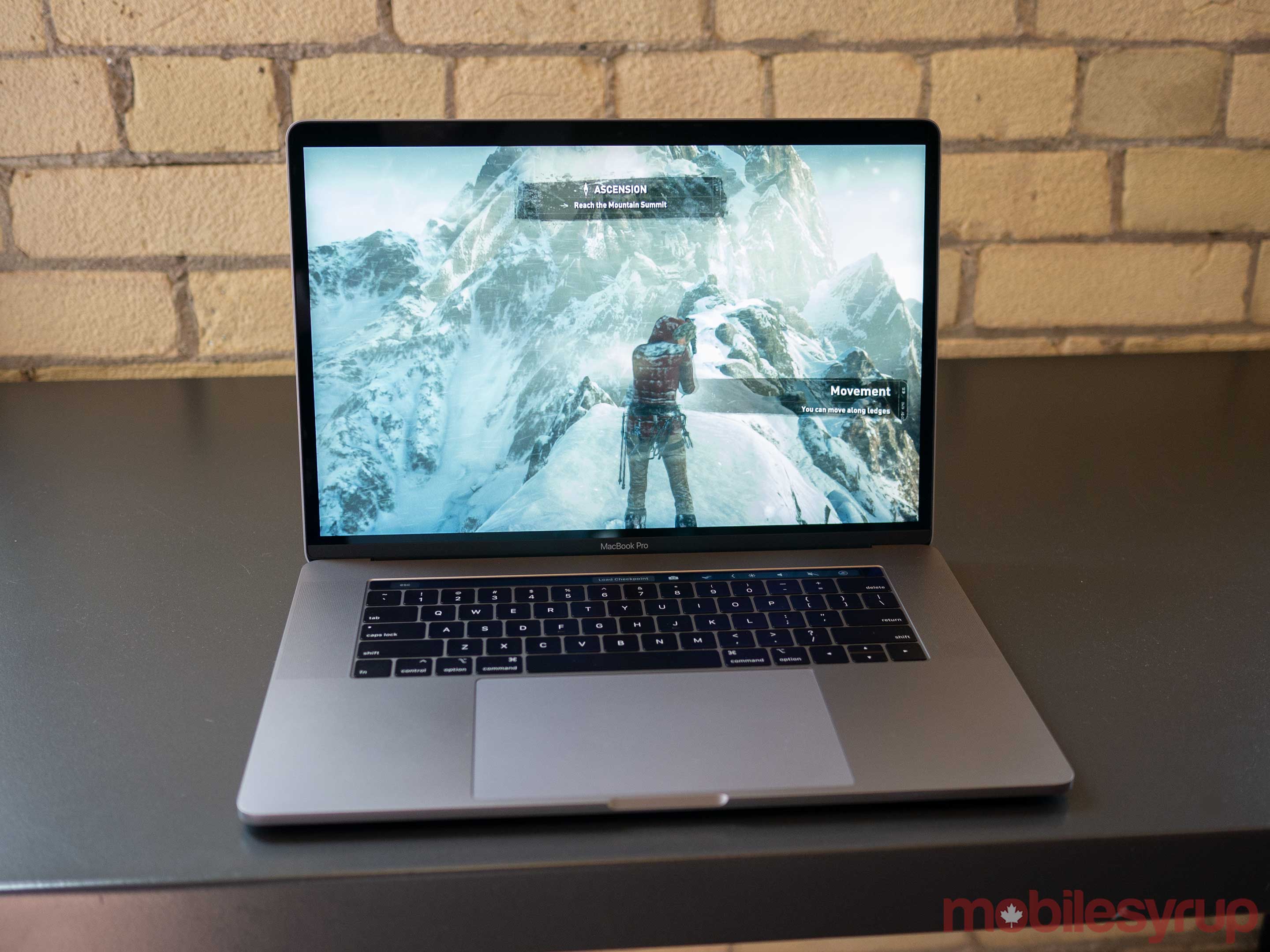 Given the frustration many long-time Apple fans have expressed with the company’s Mac ecosystem over the last few years, particularly since the release of the first-generation Pro in 2016, it’s no surprise that in most cases, those same voices have also taken issue with the 2018 version of the laptop.

While the 2018 MacBook isn’t the USB-A, Retina display featuring MacBook Air with modern hardware, many people have been clamouring for — and it does feature a costly price tag — it still remains one of the most well-made, best-looking laptops out there.

Despite its faults, there’s still a lot to like about the 2018 MacBook Pro. 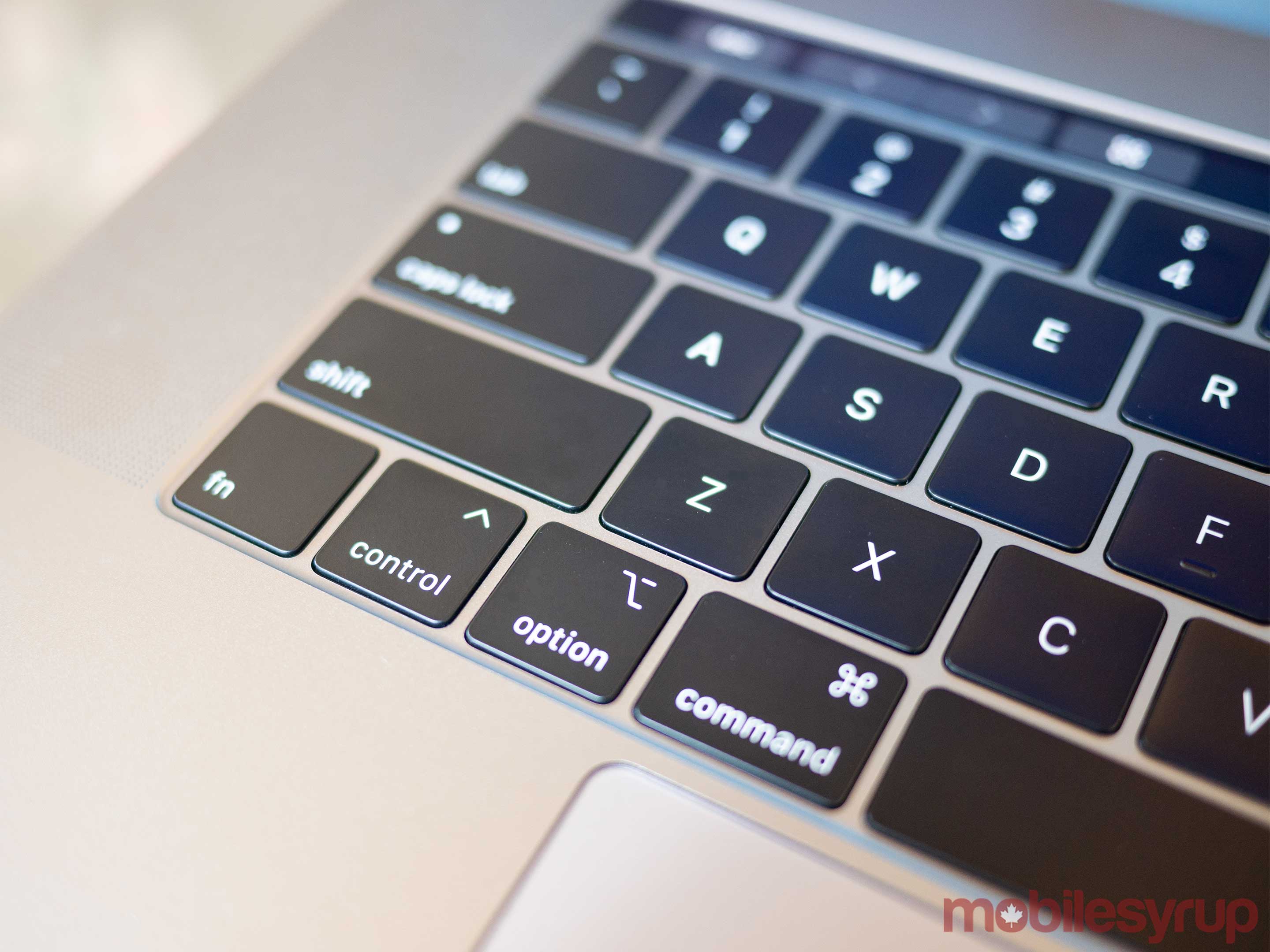 Let’s get one thing out of the way first. If you weren’t fond of the first-generation or second-generation Butterfly keyboard, you aren’t going to like the third iteration of Apple’s low-travel keys. In fact, you’ll likely be less fond of it.

The new keys generally feel similar to the second-generation version of the Butterfly mechanism, though, just as Apple claims, the new version is slightly quieter, leading to a consistent noise when keys are pressed, as well as smoother, more pronounced movement. It’s almost as if there’s additional resistance with each keypress, which I found more satisfying than I expected.

“It’s almost as if there’s additional resistance with each key press.”

Despite generally being a joy to type on, both the first and second-generation MacBook and MacBook Pro keyboard experienced issues, with keys either becoming unresponsive or just not working at all. While reporting on the issue, which was primarily led by The Outline’s Casey Johnston, seems to have convinced Apple to finally do something about the problem, it’s impossible to know how widespread the issue actually is. At the very least, the keyboard’s unreliability was enough to convince Apple to do something about it. 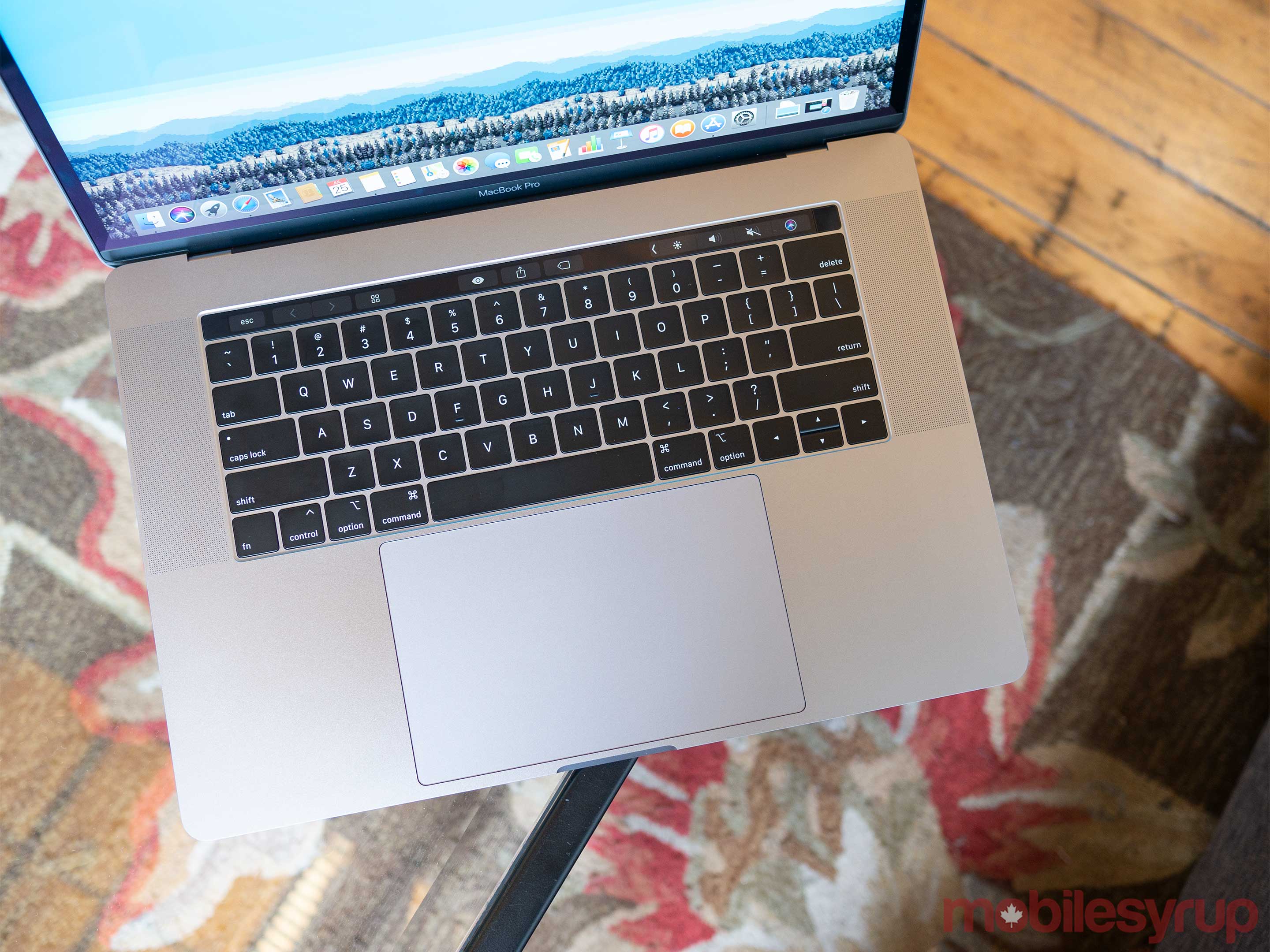 Apple claims the issue only affects a “small number” of MacBook Pro laptops. For what it’s worth, I have encountered unresponsive keys in two instances over the last two years. In one, the space bar in the 2016 Pro I was using worked intermittently, while in the other, the 2017 Pro’s ‘N’ key produced multiple letters with one press. With the first case, a quick spray of compressed air solved the problem, while in the second, I slid a folded piece of paper under the key to dislodge the dust.

To be clear, issues like this shouldn’t happen and are in no way acceptable, especially when a laptop costs as much as Apple’s MacBook Pro.

In my experience so far with the 2018 Pro, the third-generation, silicon-covered Butterfly mechanism seems to have solved the keyboard’s reliability issue completely, regardless of the fact Apple claims the new design is solely intended to make the keyboard quieter. 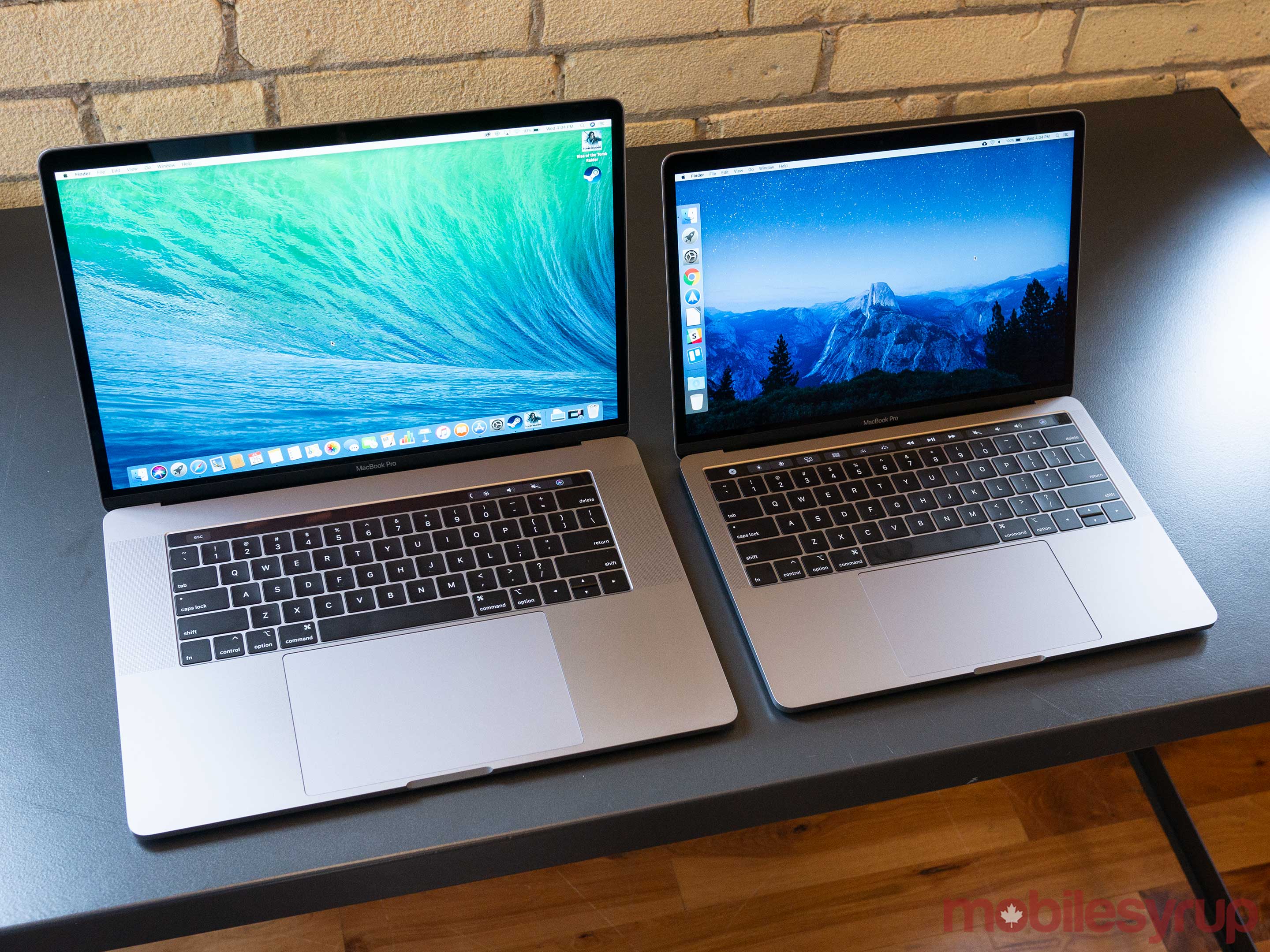 The trade-offs and benefits featured in past generations of the MacBook Pro remain with the 2018 version, though there are a few new features I’m fond of.

For instance, the 2018 Pro’s display remains stunning and one of the best I’ve encountered in a laptop. This year though the MacBook Pro also features Apple’s True Tone technology, allowing the display to adjust to the ambient light in a room.

While not everyone will opt to turn this feature on, especially those that do a lot of photo or video editing, I’m quite fond of it. True Tone makes staring at a screen for hours more bearable, just like I experienced with the iPhone X and the most recent version of the iPad Pro. True Tone is also amusingly featured in the Touch Bar, though it’s barely noticeable.

Speaking of the Touch Bar, while I still think the secondary touchscreen holds a tremendous amount of potential, there are still few apps beyond Apple’s pro utilities like Final Cut and Logic, that take advantage of the Touch Bar in a way that truly improves productivity. That said, there isn’t a 2018 version of the MacBook Pro that doesn’t feature a Touch Bar.

“True Tone makes staring at a screen for hours more bearable, just like I experienced with the iPhone X and the most recent version of the iPad Pro.”

This is a shame because I’m two years into using the 13-inch MacBook Pro with a Touch Bar and I’d likely be just as happy with the version of the laptop that features a top row of physical keys.

Further, the 2018 MacBook Pro still features four Thunderbolt 3 USB-C ports, which means you’ll still have to live the #donglelife if you want to use one of Apple’s laptops. Like it or not, USB-C is here to stay despite not living up to the still relatively new port format’s lofty one-cord-to-rule-them-all promise.

The laptop also features a new custom Apple-designed T2 chip that controls much of the computer’s internal processes, according to the tech giant, including the laptop’s new True Tone display, expanded Hey Siri functionality that allows users to say “Hey Siri” to launch the voice-activated assistant, and finally, various security features — a narrative Apple has been pushing lately with all its devices. Further, Apple says the T2 chip handles file encryption, ensuring the laptop’s fast SSD drive isn’t slowed down. 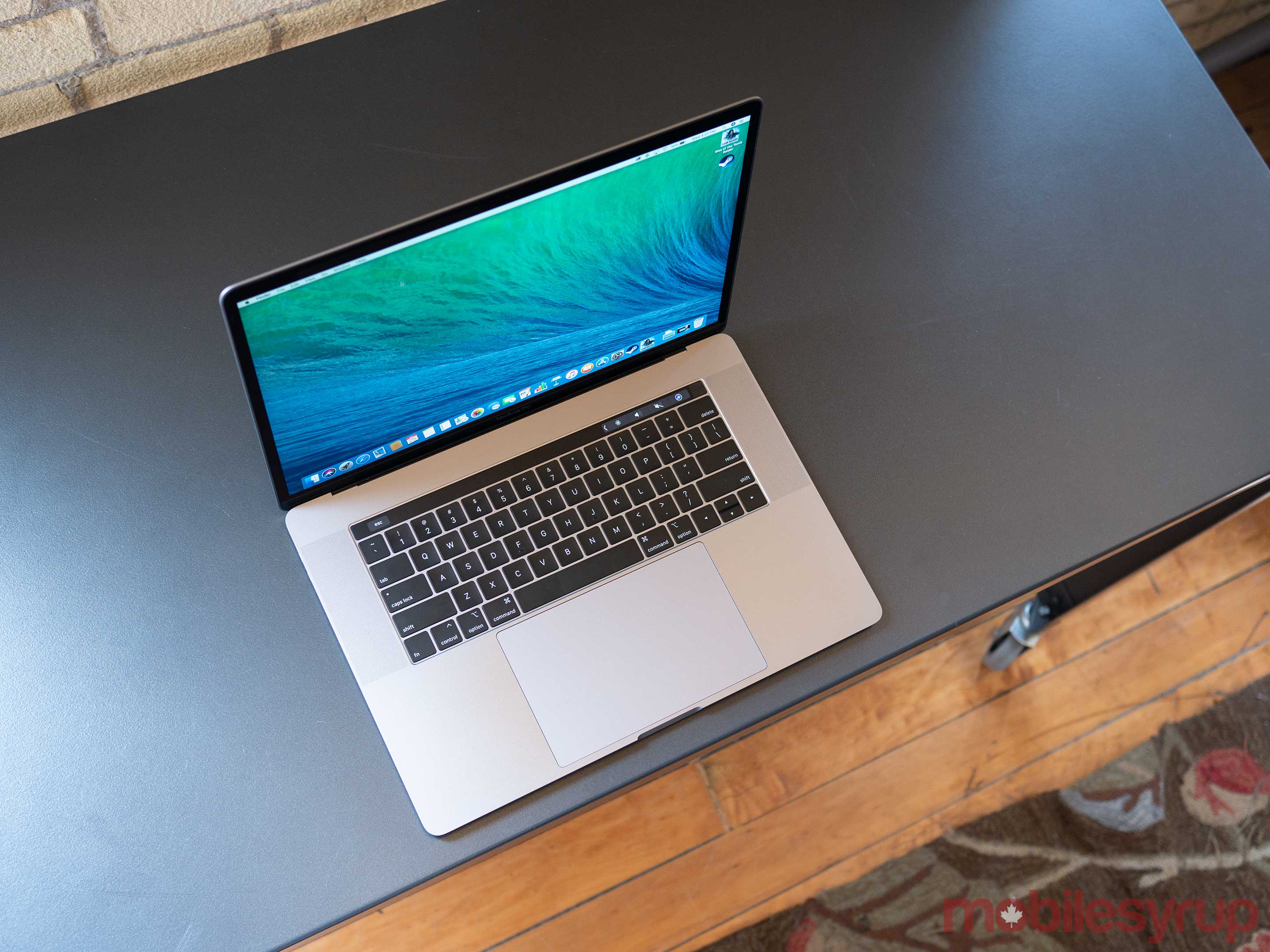 Here we are at what was once the main point of contention surrounding the 2018 MacBook Pro — processor throttling.

The MacBook Pro review unit we have at the MobileSyrup office is the 15-inch, six-core i9, 32GB of RAM with a 4TB of internal storage. This particular version of the laptop comes to a positively astounding $8,379 CAD.

Dropping the 4TB of harddrive space brings the computer down to $4,539, but still, any way you look at the larger 15-inch i9 version of Apple’s 2018 Pro, the price will be more than most people would ever consider dropping on a laptop.

The controversy surrounding the i9 version of the 2018 15-inch MacBook Pro with Touch Bar stems from a video created by Toronto-based YouTuber Dave Lee (Dave2D). In the video, Lee performs tests and benchmarks showing that the Core i9 version of the Pro suffered from significant thermal throttling, resulting in the laptop not performing as well as even the 2017 Core i7 Pro.

Lee found when running Adobe Premiere that the MacBook Pro failed to apply Turbo Boost and didn’t achieve a fast enough clock speed for such a resource-intensive task, dropping the speed to as low as 2.2Ghz — a number that’s well under the processor’s advertised base 2.9Ghz clock speed.

As you may have expected, this sent the tech influencers of the world, as well as tech reporters, down a rabbit hole of benchmarks and armchair forum arguments.

“there’s a thermal problem on the MacBook” – OMFG. UR AN APPLE HATER

While disappointing, I’ve never put much stock in benchmarks. They’re an indication of how a device’s processor performs under a heavy load, but don’t reflect how the average person actually uses the product in question in the real world. Still, when you’re dropping this much money on a laptop, it should perform as advertised.

Nevertheless, Apple uncharacteristically took the situation seriously and got in touch with Lee in order to replicate the results of his testing. The official word from Apple is there was a “missing digital key” in the laptop’s firmware that caused the internal throttling.

The tech giant has since released an update on July 24th that fixes the issue.

While I have not run formal benchmarks on the 2018 MacBook Pro we currently have at the office, I can confirm that post-update the laptop runs quieter, cooler and also feels marginally faster when it comes to resource-intensive tasks like processing video or watching high-resolution content. During my a little over the week with the 15-inch i9 MacBook Pro, I encountered few instances of slowdown when performing my day-to-day tasks.

Apple later uncharacteristically confirmed the throttling issue actually affects all versions of the 2018 MacBook Pro, including the 13-inch i5 and i7 variants of the laptop.

Across the board, it seems like ‘throttle-gate’ is over.

What about that crazy Blackmagic eGPU? 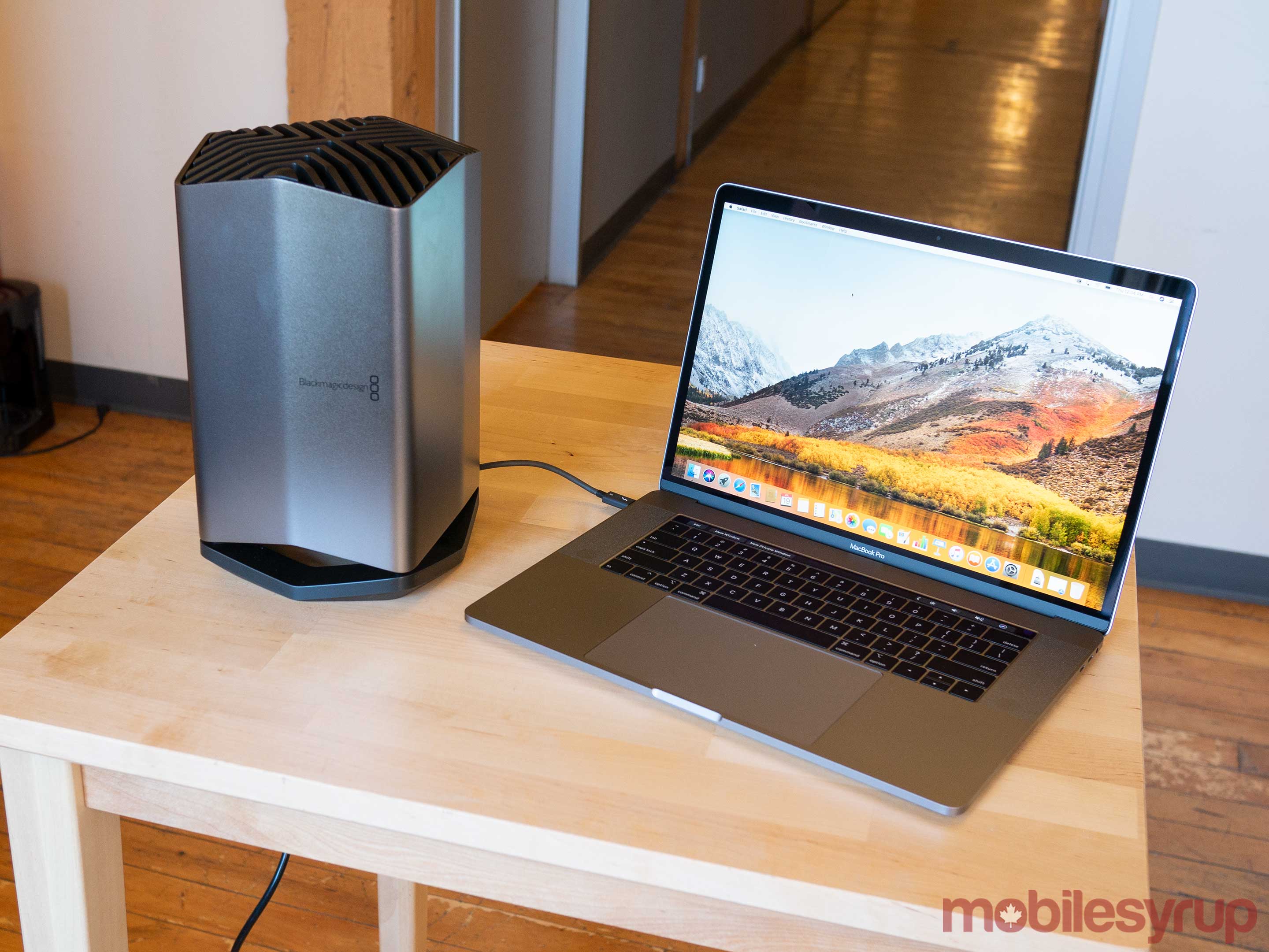 External graphics cards (eGPU) are something I wish existed years ago when I was more into PC gaming. Being able to take your laptop on the go and then plug it in either at work or at home to access more powerful hardware, is a dream come true.

Given Apple rarely releases devices with manufacturing partners, it’s almost unthinkable the company worked with Blackmagic on this $900 eGPU. My main question surrounding the expensive accessory is for who it is really intended.

While Mac gaming has improved significantly over the last five years or so, it’s not likely a hardcore gamer would be interested in an accessory like this. With this in mind, I did spend time using the Blackmagic eGPU to play Rise of The Tomb Raider with the graphics turned all the way up and encountered zero issues. 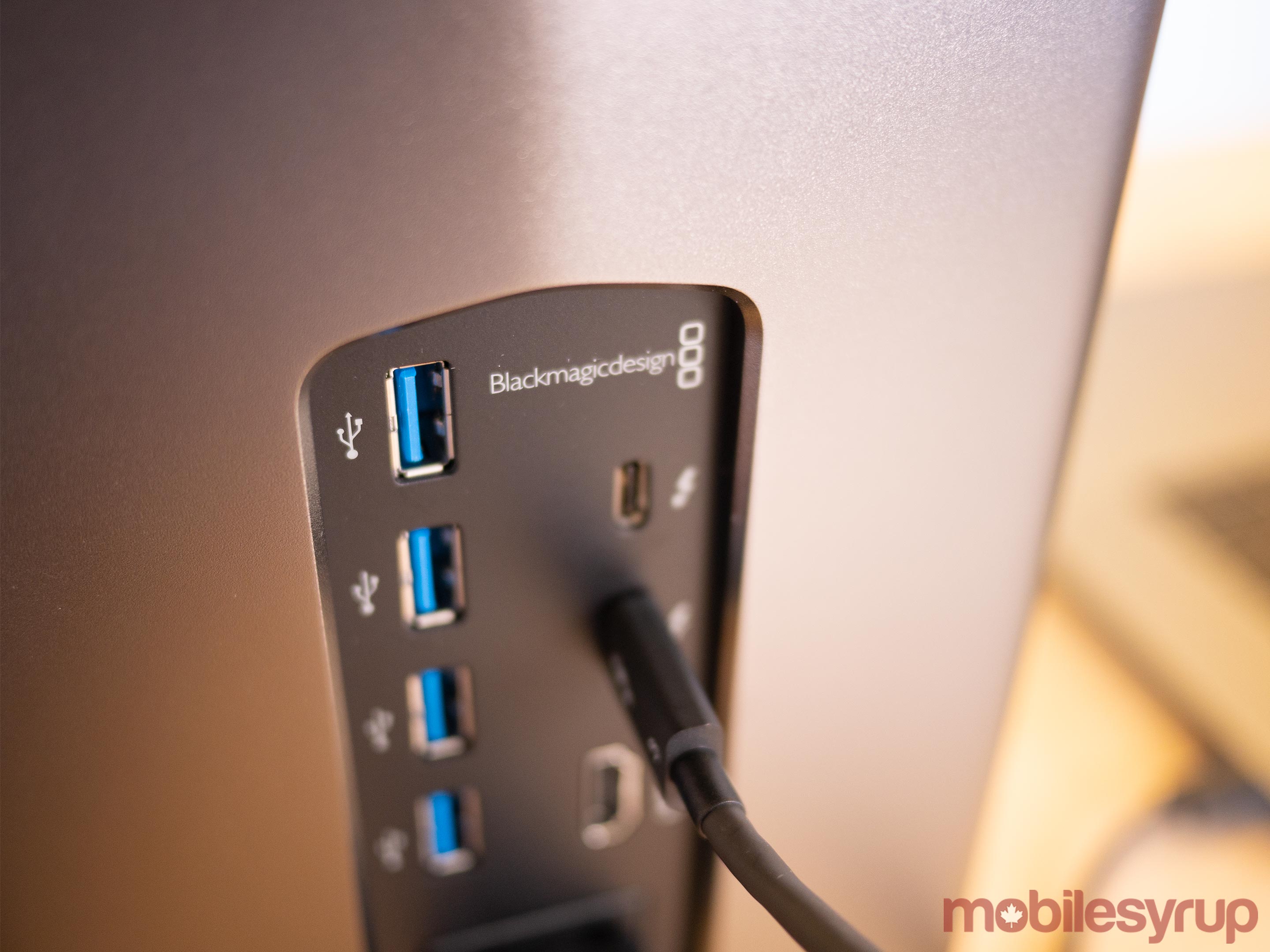 I have a theory surrounding the accessories inception: developers at Apple working on VR and AR projects asked for a device like this, resulting in Apple forging a partnership with Blackmagic to create this eGPU with internal use in mind. The partnership ended up going so well that Apple decided it made sense to release the accessory to consumers. 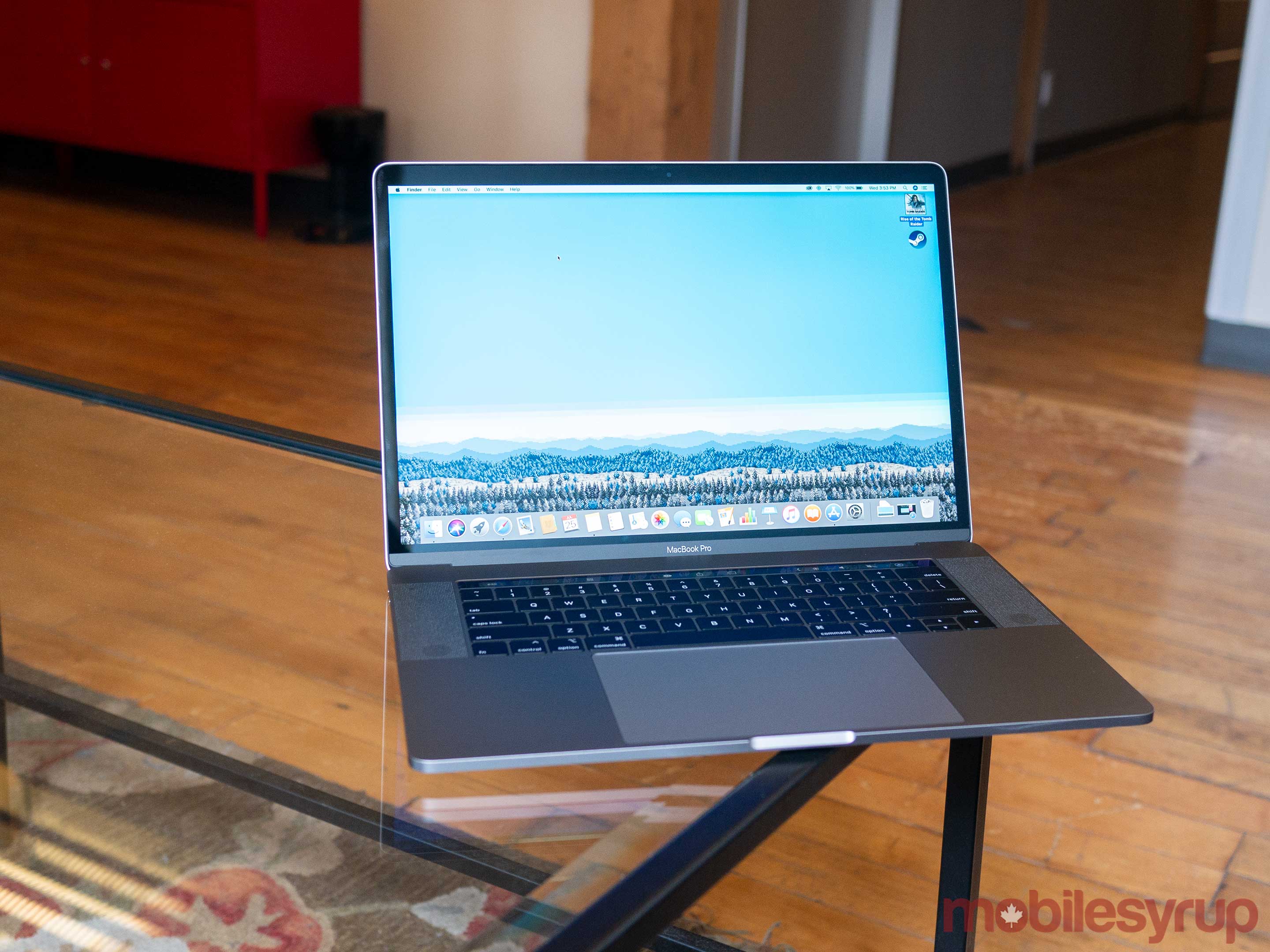 Apple’s laptops once had a superb reputation across the industry. They were so far ahead of any Windows device on the market that the expensive price tag was worth the price of admission.

Fast-forward to 2018 and the situation is vastly different.

Microsoft’s Surface devices, including the Surface Laptop, Surface Pro and Surface Book, come close to rivaling Apple in the build-quality department, along with other laptops like HP’s XPS Spectre x360 or the Lenovo Yoga 920, also come close to hitting the same mark.

Apple’s laptop dominance has been sullied over the last few years by the company’s insistence on sticking with USB-C, along questions surrounding battery life and most recently, the Butterfly keyboard issues and processor throttling glitch.

While the tech giant’s laptops may not be leagues ahead of its Windows-based competitors like they once were, they remain some of the best looking and most capable laptops out there — as long as you’re willing to shell out the cash for one.

What the 2018 MacBook Pro amounts to is an iterative, much-needed hardware update that addresses some of Mac users most significant gripes with the laptop.