Not only does Windows 11 make it more difficult to change default browsers, but several features also ignore the default and use Edge anyway 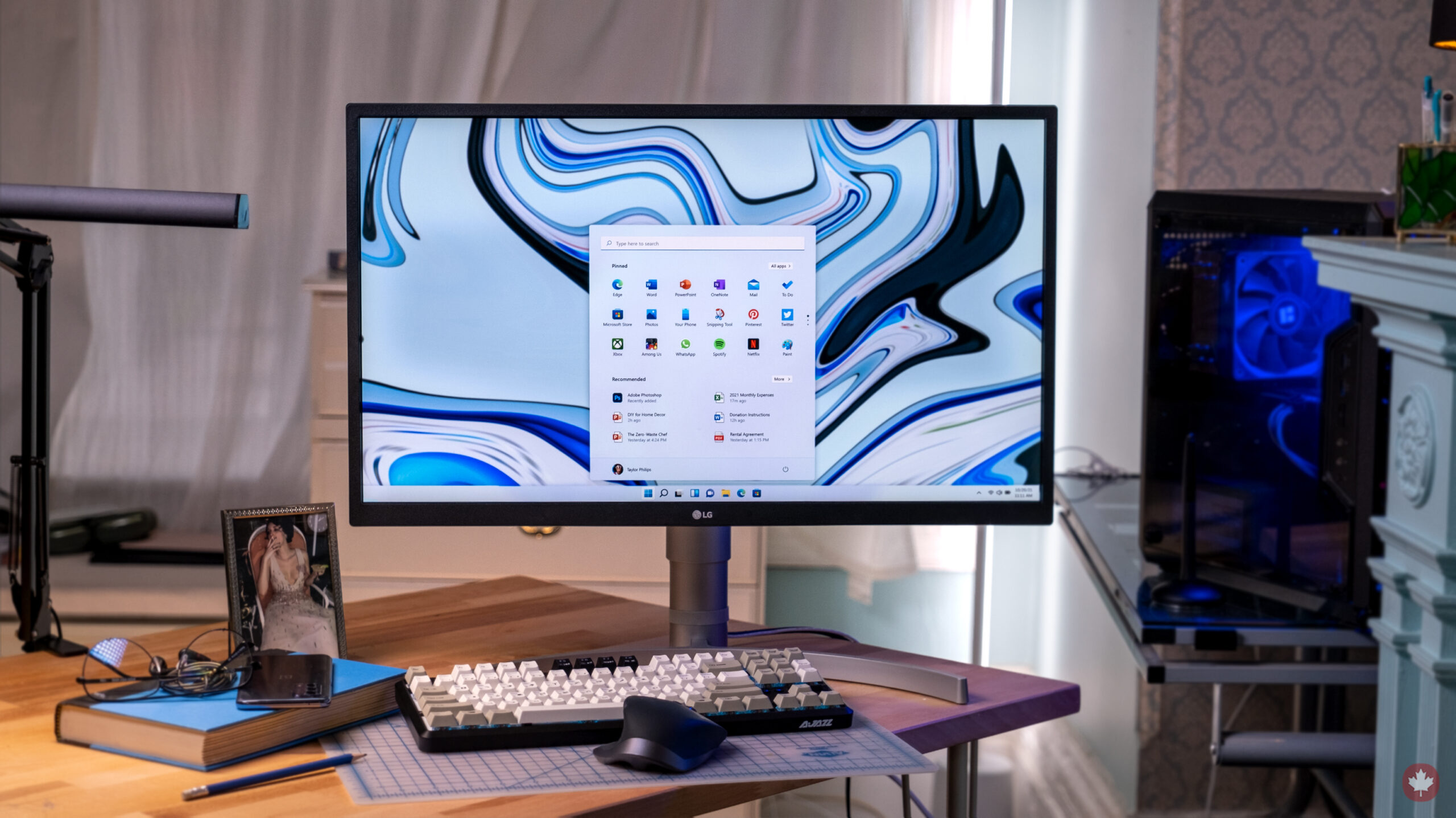 Unsurprisingly, Microsoft is making it much harder to change your default browser setting in Windows 11.

Windows 11 has a ton of changes — many of them good. However, Microsoft also changed up how the operating system handles default apps. The new system is much more confusing than before and will contribute to platform lock-in by making it harder for less tech-savvy users to change defaults. 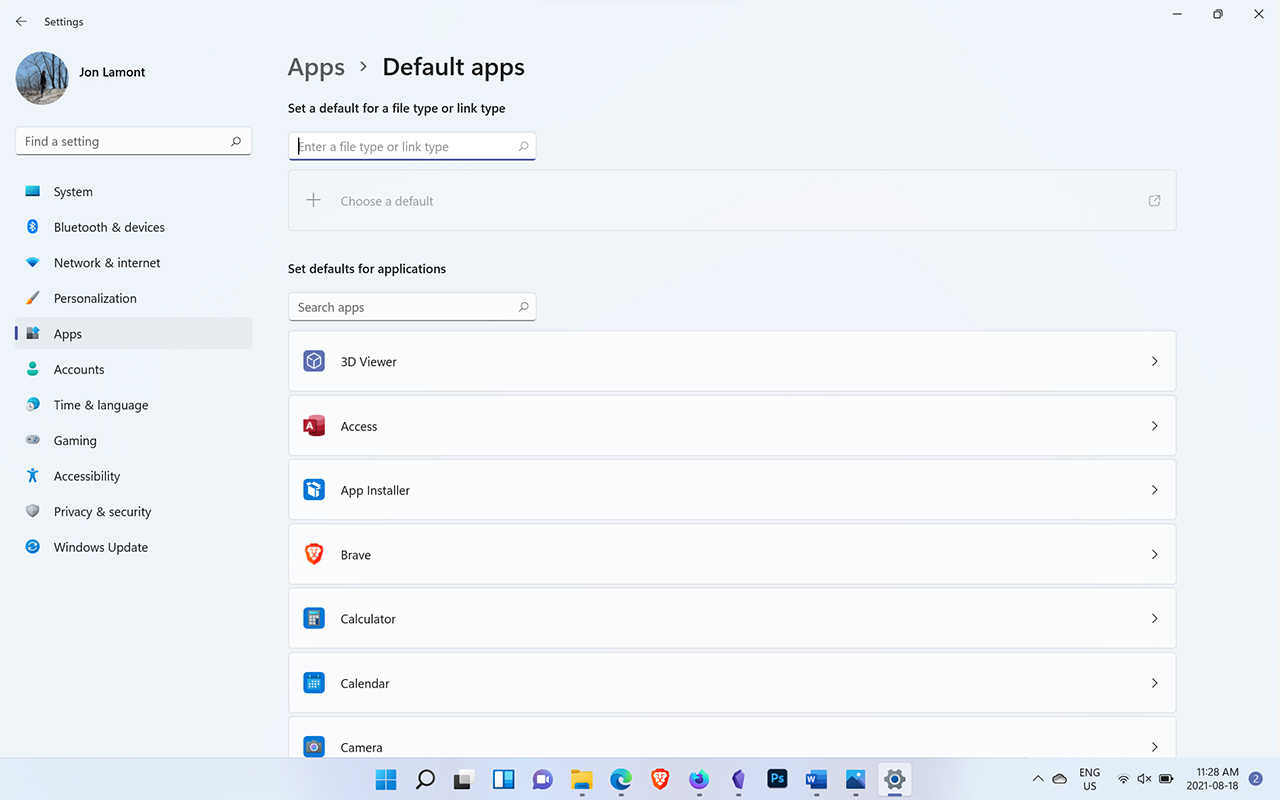 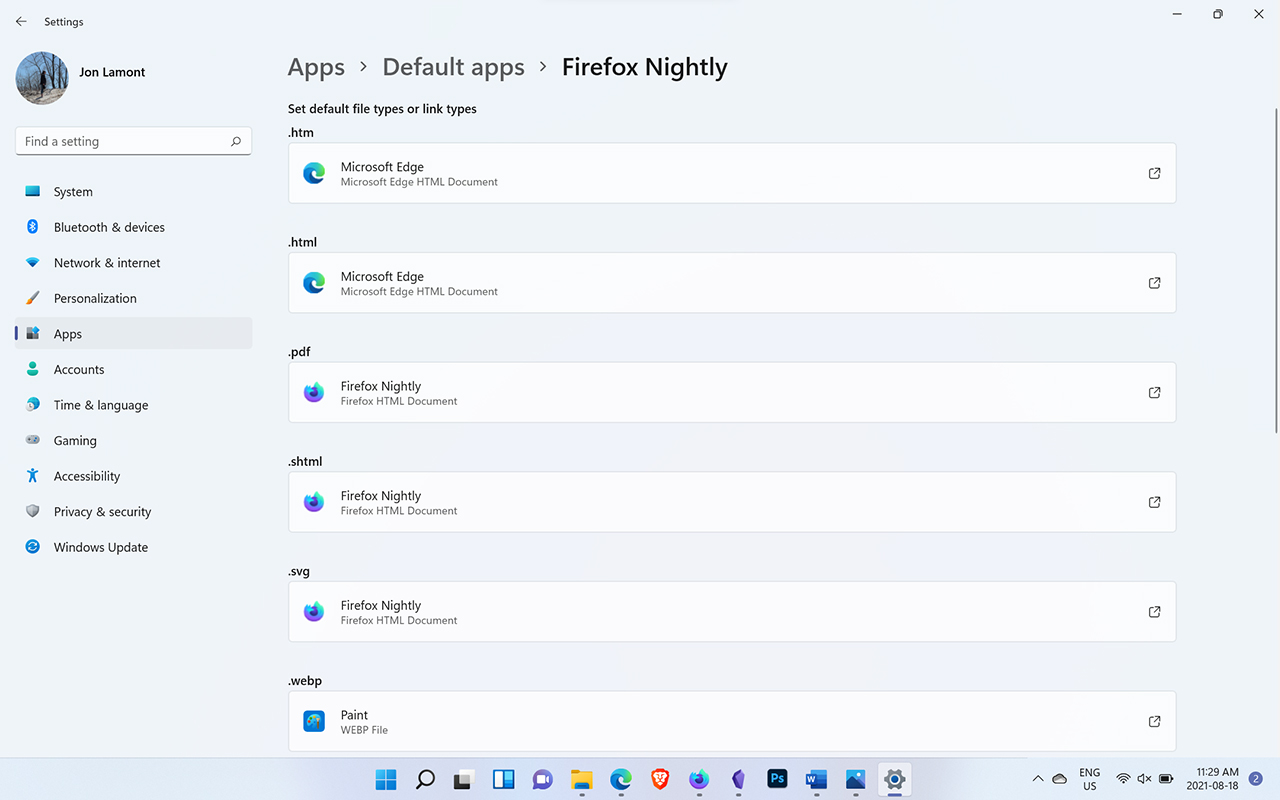 This is both incredibly tedious to do and needlessly complex for the majority of users. Worse, it’s probably quite daunting for people who might not be tech-savvy. For example, if I want to set Firefox as my default browser, I have to change the setting for HTM, HTML, PDF, SHTML, SVG, HTTP, HTTPS and WEBP files, and that’s not even all the file types listed in the default apps menu. 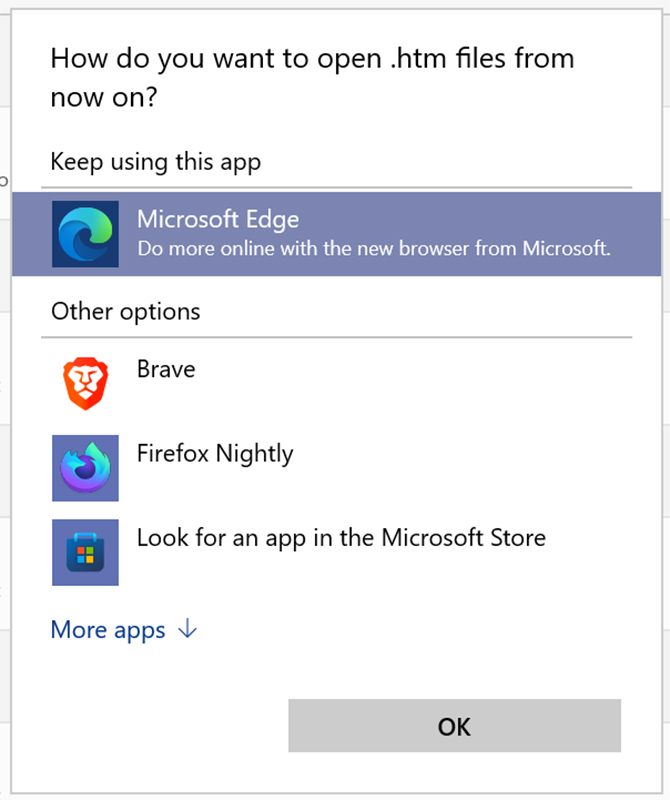 Any file that you don’t change the default for will open automatically in whatever was set before. In most cases, that’s Microsoft’s Edge browser.

Windows 11 offers one prompt to easily set your default browser

The Verge points out that the first time you install a new browser and click a link, Windows 11 surfaces a prompt asking if you want to change your default. The prompt looks identical to how Windows 10 currently handles default browsers. The upside is the prompt does let users bypass the confusing default apps menu and set a default browser with one click. The downside is that the prompt only appears once, and if users don’t check the ‘Always use this app’ box before hitting okay, the prompt doesn’t save the default setting. 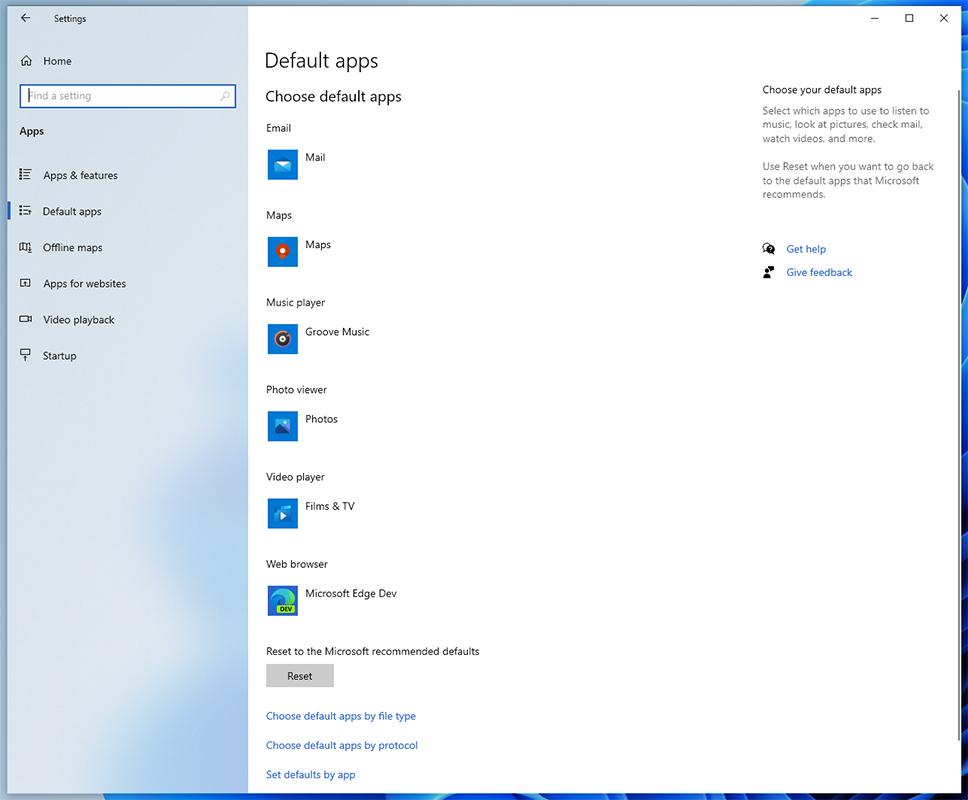 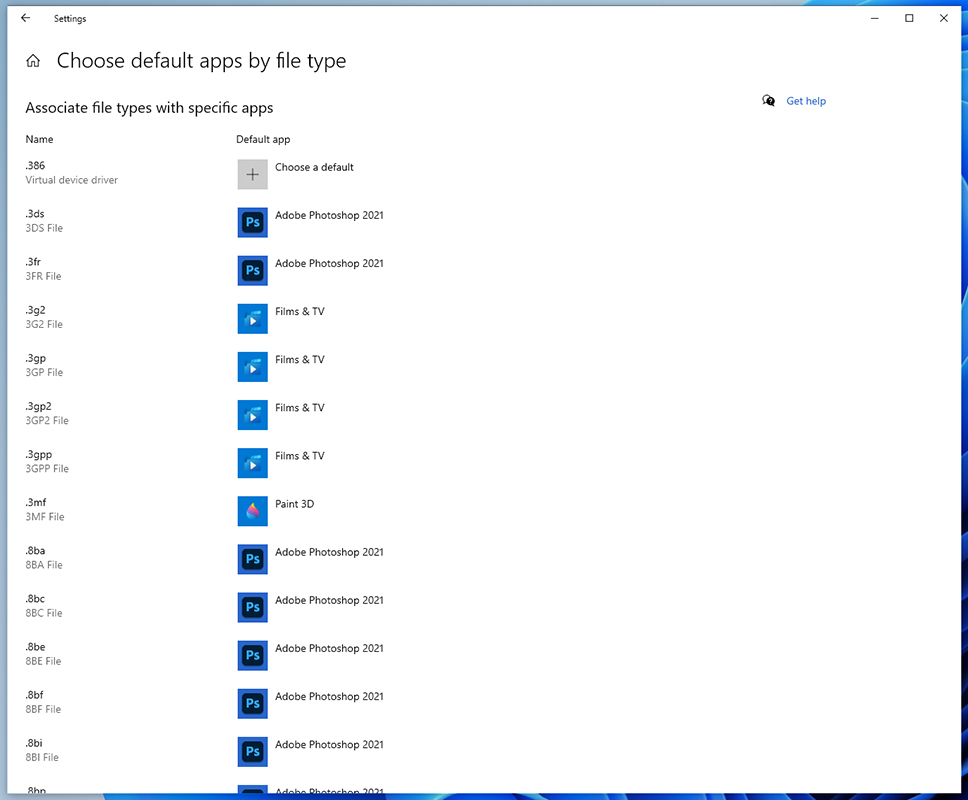 Further, in my testing, browsers that feature a built-in option to set it as the default offer an alternate, simpler way to change the default setting. Clicking the ‘Make Default’ button in Firefox’s settings, for example, sets the browser as the default option for most of the file types listed in Windows 11’s default apps settings menu.

Unfortunately, it doesn’t change every file type to open in Firefox, nor does it totally resolve issues with the more confusing default apps behaviour.

“With Windows 11, we are implementing customer feedback to customize and control defaults at a more granular level, eliminating app categories and elevating all apps to the forefront of the defaults experience,” a Microsoft spokesperson told The Verge. The spokesperson also reiterated the Microsoft was “constantly listening and learning,” and would welcome feedback from users.

And while it’s true that the new system offers more granular control, it’s worth keeping in mind that the same level of control was available in Windows 10. Users could choose to set defaults by file type if they preferred. In other words, Microsoft effectively replaced the simple, accessible default app selection in Windows 11 with a much more confusing option, then called it an improvement for users.

Although I called the Windows 10 default apps selector ‘accessible,’ it’s worth noting that it’s accessible only compared to Windows 11. Microsoft filled Windows 10 with sneaky and frustrating ways to retain Edge as the default browser. For example, when you try to change the default in Windows 10, it pesters you with pop-ups asking if you’re sure and keeps nagging you after the change. There have also been incidents where Microsoft reset the default browser after an update. Additionally, when Microsoft rolled out its new Chromium-based Edge browser, it added more pop-ups to try and get people to use it.

Windows 11 expands on tactics that force people to use Edge

Windows 11, of course, expands on these tactics as well. Microsoft peppered features throughout the OS that ignore default browser choice and push users into the Edge browser. For example, search still puts people into Edge and Windows 11’s fancy new widgets force users into Edge.

Perhaps more frustrating to me is that Microsoft’s Chromium-based Edge browser isn’t even that bad, but these aggressive, anti-choice tactics seem like Microsoft is shooting itself in the foot. For one, the constant nagging to use Edge will almost definitely sour many users on the browser — I’ve heard plenty of people say they won’t use Edge just because of how Microsoft keeps pushing it on them.

Plus, in some cases, Windows is even aggressive with users who do use Edge. I like to run the beta versions of browsers since I often write about them and like to try out new features early. But Windows often gives me a hard time when I switch my default from stable Edge to one of the development versions, like Dev or Canary. Even when I use Edge, Microsoft still tries to make me use Edge.

It’s all very frustrating and, frankly, exhausting to deal with. With the exception of iOS, I can’t think of any other modern OS that makes selecting a default browser as much of a battle as Windows does. Nobody wants to fight with their computer to make it do the things they want it to do. Hopefully, Microsoft actually listens to people (like it claims to) and fixes the default apps situation in Windows 11 before the final version releases later this year.