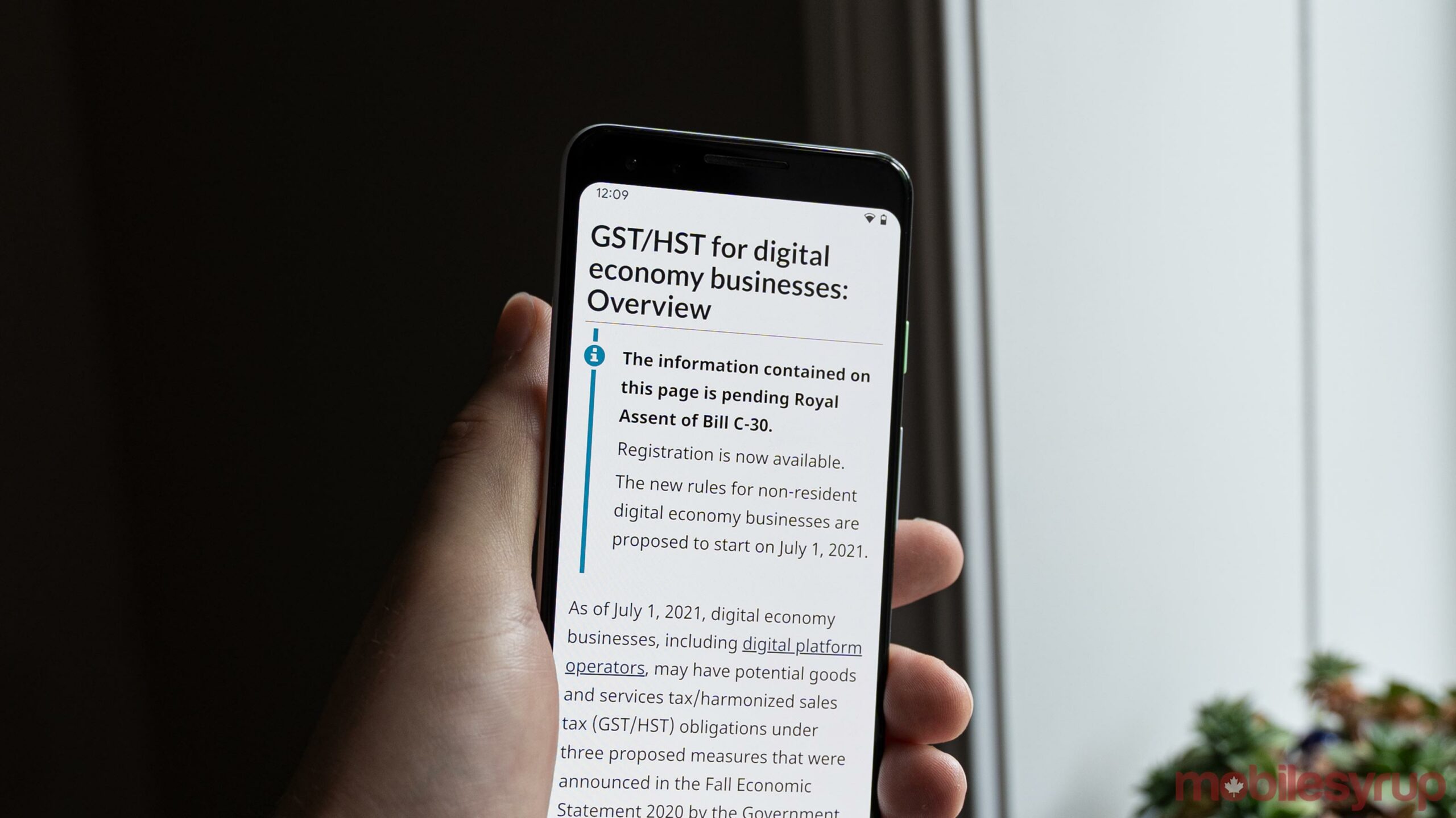 Some companies have preemptively sent alerts about the upcoming change to users. That includes Netflix, Spotify and reality TV streaming platform Hayu. Customers will see tax added to their bills starting July 1st.

Hayu went further than the others and broke down how much more customers would pay in each province. For example, Alberta and Manitoba subscribers can expect their bill to go up by roughly five percent, while people in Ontario will see a 13 percent increase due to differences in taxation.

Of course, those three are so far the only services we’ve seen reach out to warn customers of the impending change. However, the legislation behind the tax, Bill C-30, has a broader scope than just those three services.

The CRA website also notes that Bill C-30 applies to “non-resident vendors or non-resident distribution platform operator vendors” that supply “qualifying goods,” which includes goods that are delivered or made available in Canada. This sounds like it will apply to Amazon orders — currently, some have tax applied and others do not, at least judging by my order history. It also should apply to digital game stores, like Steam, if they weren’t already charging tax on purchases.

Finally, the CRA site mentions “platform-based short-term accommodation,” which refers to a place of lodging someone rents for less than one month and that costs over $20 per night. In other words, services like Airbnb that use a digital platform to help users find and purchase short-term rentals.

Those interested in learning more about which services will now apply tax can view the CRA website here.