The technical enhancements are quite nice, but it's the new Yuffie-led "Intermission" episode that's absolutely excellent 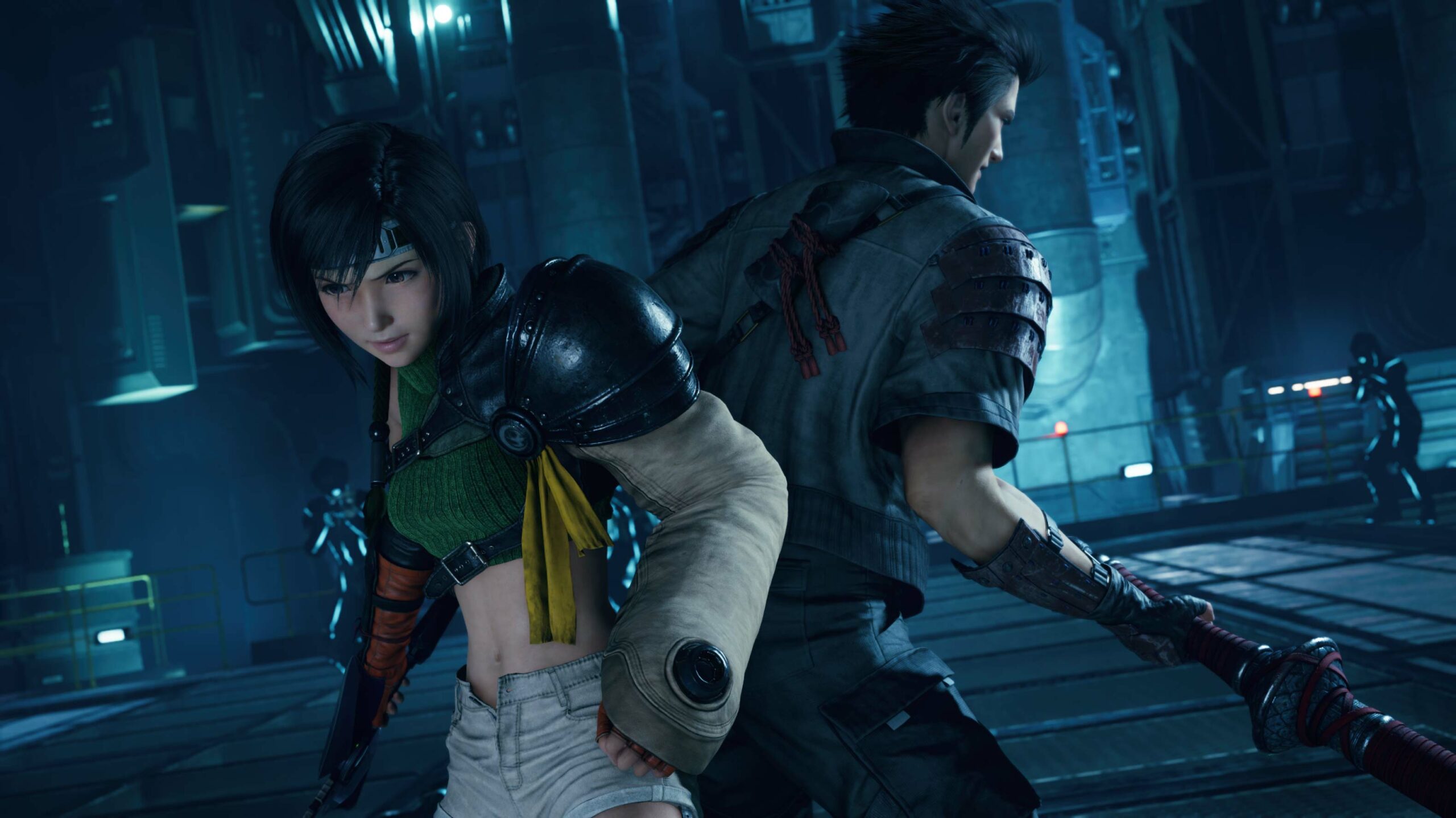 While many games have received the PlayStation 5 upgrade treatment over the past several months, the one I’ve wanted the most is Final Fantasy VII Remake Intergrade.

With last year’s Final Fantasy VII Remake being one of the best games in recent years, I’ve been quite eager to see it get the current-gen glow-up. But Square Enix didn’t just stop at various technical upgrades — it’s also produced a brand-new story PS5 exclusive expansion titled Intermission starring Yuffie Kisaragi, one of the original FFVII‘s two optional playable characters.

In doing all of this, Square Enix has made Intergrade an excellent offering for both returning Remake players and newcomers alike. (For the sake of clarity, I’ll henceforth refer to the PS4 game as Remake and the PS5 version as Intergrade).

For the uninitiated, FFVII Remake is the first entry in a multi-part series of games that reimagines and greatly expands upon the first few hours of the original FFVII, released way back in 1997. FFVII tells the story of Cloud Strife, a mercenary who gets caught up in an eco-terrorist group’s war against the megacorporation known as Shinra.

Check out my review for a full breakdown, but the long and short of it is that Remake remains an outstanding game with a phenomenal narrative, incredible combat and stunning visuals and music. 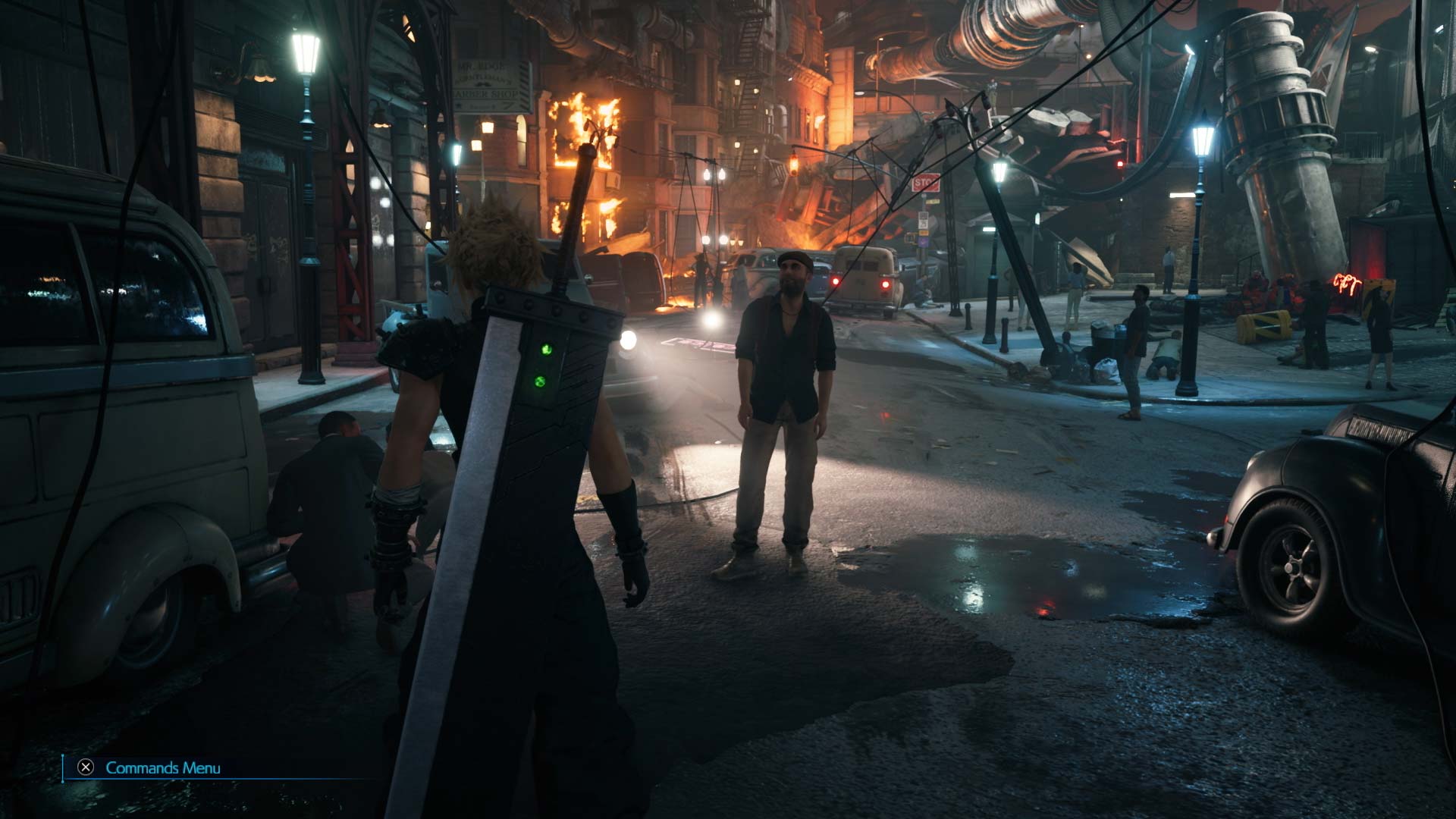 However, you could tell that the game was pushing the PS4 to its limits, resulting in some rough-looking textures and lengthy load times. Thankfully, Intergrade addresses many of these issues while adding a few extra highly welcome flourishes, like improved lighting and fog effects.

“I was pleasantly surprised with how much load times have been reduced, letting me instantly jump from my PS5’s home screen into the game in around eight seconds”

Most notably, Intergrade offers two new graphical modes: Resolution (full 4K/30fps) and Performance (sub-4K resolution at 60fps). My first thought going into Intergrade was that I wanted to keep Resolution on — after all, it helps Remake‘s gorgeous character models pop even more. I also just came off of fellow PS5 exclusive Ratchet & Clank: Rift Apart, in which I stuck with Resolution Mode because the game’s jaw-dropping, animated movie-esque graphical fidelity took a noticeable hit otherwise. 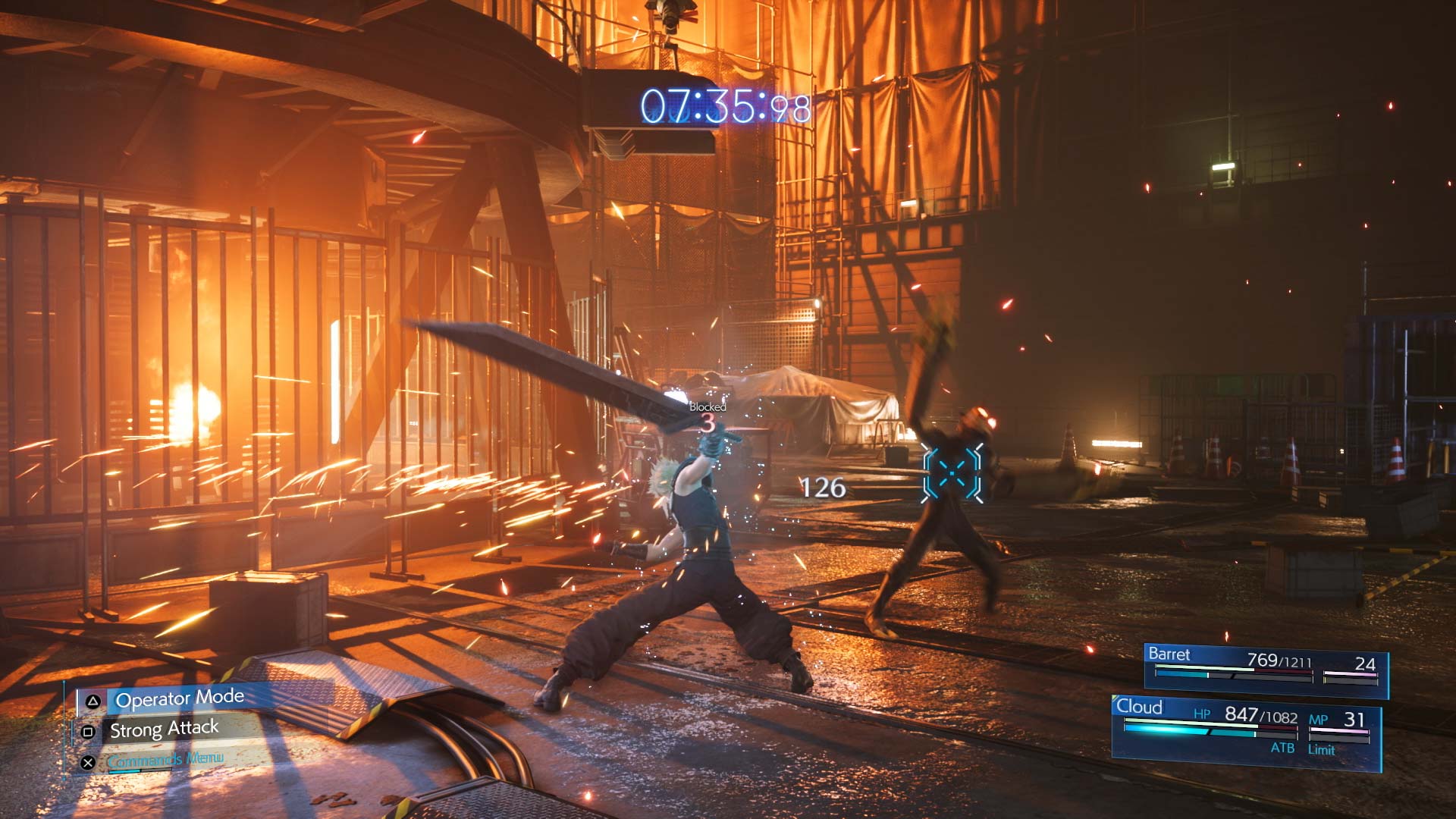 But to my surprise, I never felt that way playing Intergrade. Remake‘s visuals were so impressive to begin with that Performance Mode made it on par with — if not still better than — how it already looked on my PlayStation 4 Pro, with the added benefit of 60fps. And what a benefit it is! With Remake‘s core combat already being so flashy and fast-paced, the increased framerate makes it feel unbelievably fluid, even in high-octane moments.

Likewise, Square Enix has cleaned up Remake‘s notoriously low-quality textures, including, most notably, the hilariously blurry door to Cloud’s hotel room. These assets, while not too common, would cause a jarring disconnect amid the striking character models and environments, so it’s great to see them fixed here. The only downside, however, is that some visual issues persist. In some outdoor areas where you can see far off in the distance, the backgrounds (like the homes in the slums below Cloud) still look like awkward JPEG files. In fairness, they’re at least higher-quality this time, but they’re still pretty rough. 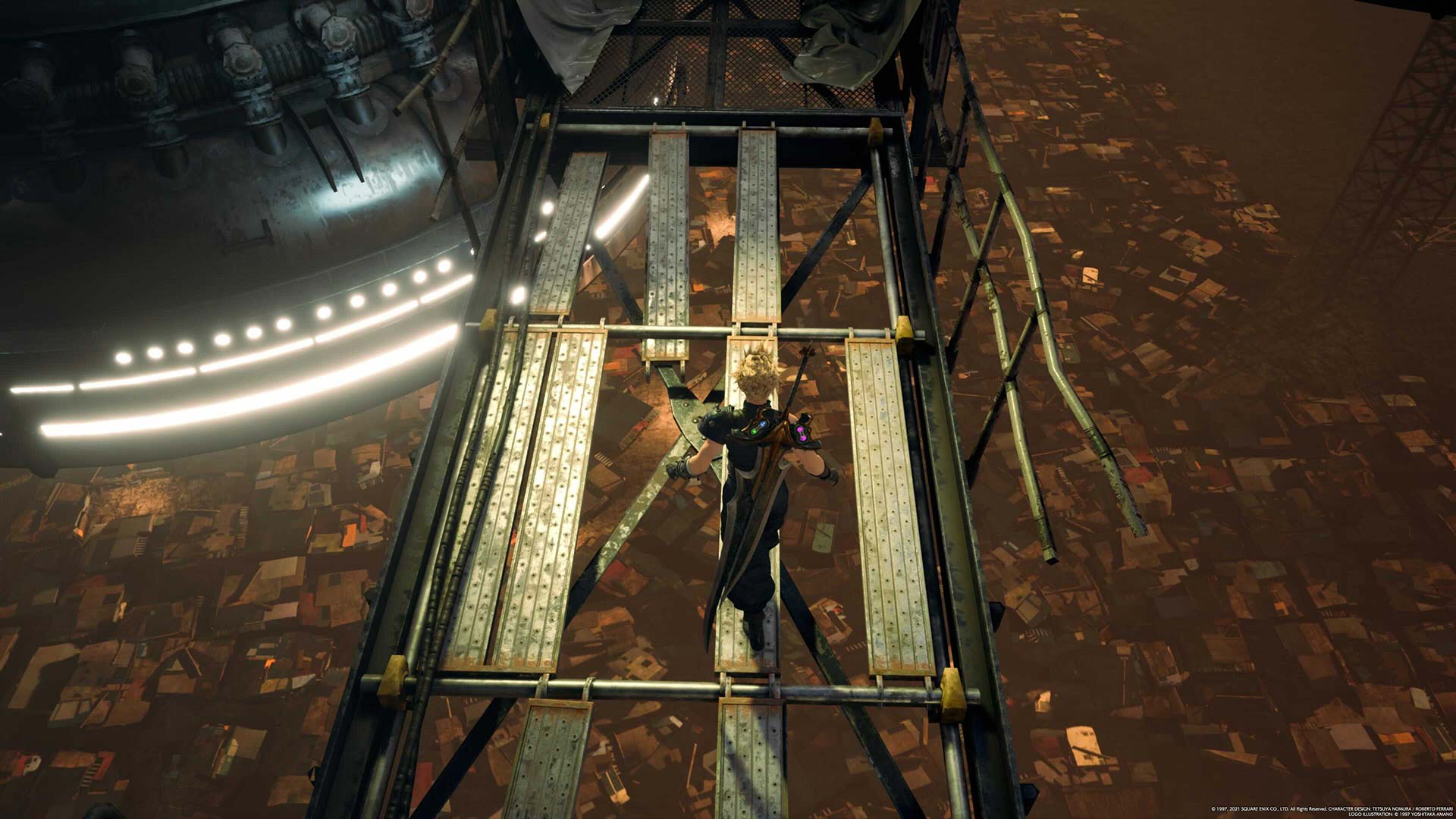 While it’s understandable that those couldn’t be drastically changed in a PS5 port, I do wish more effort at least went into Intergrade‘s new photo mode. All told, it only has your standard filters and camera rotation options — serviceable, but lacking.

On the other hand, I was pleasantly surprised with how much load times have been reduced, letting me instantly jump from my PS5’s home screen into the game in around eight seconds, versus the 60-plus second wait times I’d often encounter on PS4.

A fantastic addition to the Remake saga

Of course, the biggest addition in Intergrade is the aforementioned Intermission story add-on. As someone who’s replayed Final Fantasy VII more times than I can count, I was curious how Yuffie, a 16-year-old ninja from the distant land of Wutai, would factor into the broader Remake story. After all, she was completely missable in the original game, and even if you recruited her, she only had one major sidequest chain outside of lots of incidental bits of dialogue. 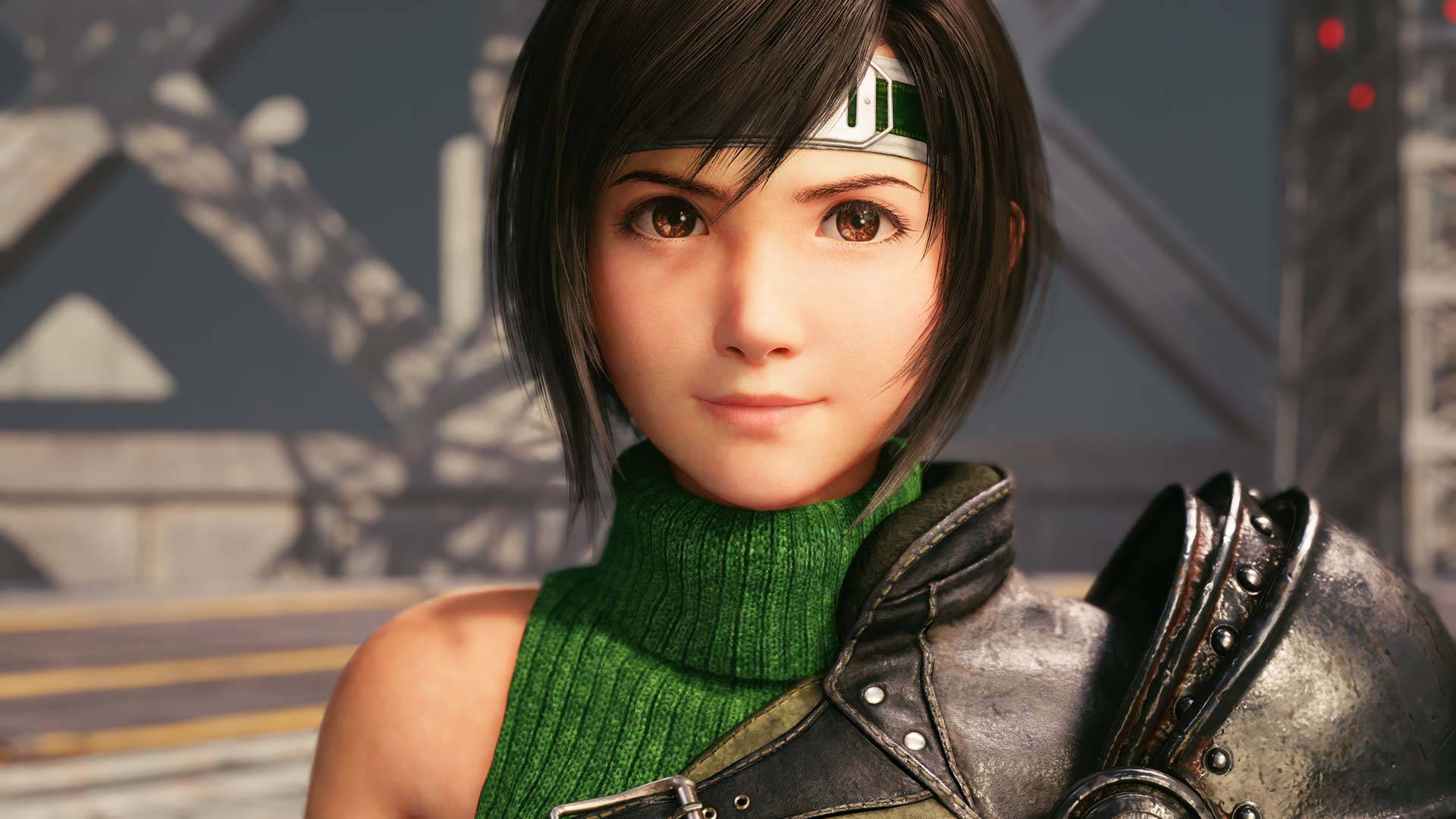 Fortunately, Square Enix has taken a lot of care into naturally integrating her into the Remake narrative. To that end, Intermission is set during the events of Remake — specifically (while keeping it vague for new players) between Chapters 8 and 13 — and follows Yuffie and her ally Sonon as they try to infiltrate Shinra to steal all-powerful Materia. Altogether, it takes around seven hours to complete Intermission‘s story and optional content — a perfect length for a story add-on of this scope.

But I’m getting ahead of myself; whether you’ve played FFVII before or have no idea who Yuffie is, you should know that she’s absolutely wonderful in Intermission. Square Enix has done a magnificent job in distilling Yuffie’s key characteristics from FFVII — a fiercely spunky exterior masking a burning desire to avenge her people — while fleshing out her backstory through engaging banter with Sonon, who’s an all-new character.

These struggles are powerfully conveyed through strong writing, excellent performances from Suzie Yeung and Aleks Le and a handful of magnificent remixes and new compositions. At the same time, Yuffie and Sonon’s story adds a human side to the Shinra-Wutai conflict that was otherwise a backdrop in Remake, while also giving you a more nuanced outsider’s perspective on the actions of Cloud and friends in the main game. 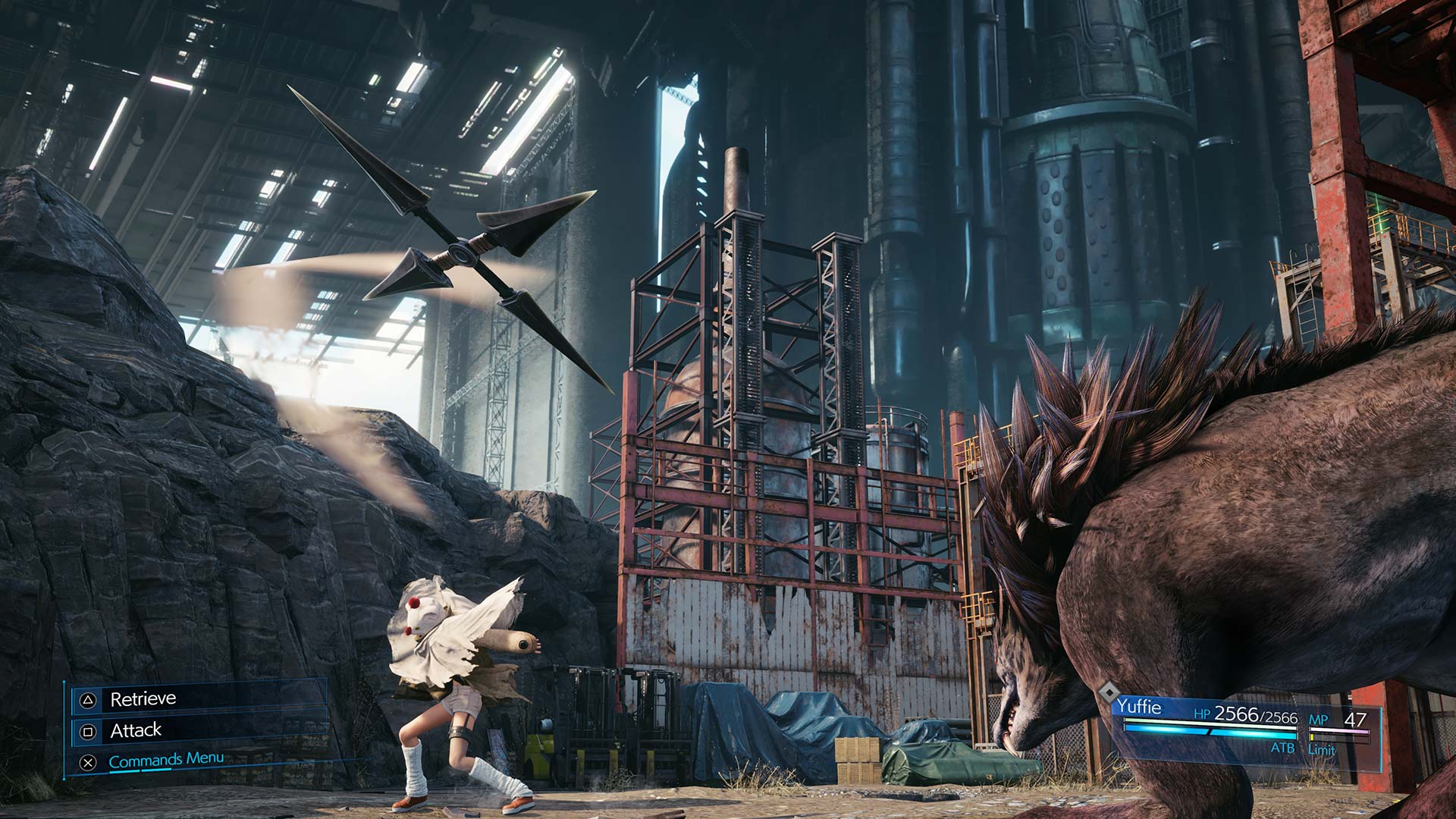 The only area in which Intermission‘s story falls a little flat is in its final hour. While this ending stretch has plenty of effective emotional moments, it also rather bizarrely introduces Deepground, the mysterious Shinra faction that served as the villains of the PS2 FFVII shooter Dirge of Cerberus. To be fair, we don’t yet know whether Deepground will play a larger role in later Remake games, but even in the context of Intermission, the group’s appearance comes completely out of nowhere and leads to a somewhat rushed finale.

On the flip side, Intermission‘s gameplay is universally stellar. One of Remake‘s biggest strengths is how it makes its otherwise small cast of four playable characters feel remarkably distinct, and that carries over to Intermission. Because Yuffie’s a ninja, Square Enix has come up with all kinds of unique mechanics to make her a “best of both worlds” mix between a close-up brawler (like Cloud and Tifa) and ranged fighter (like Barret and Aerith). This means her basic attacks consist of short-range shuriken slashes, while her unique skill, ‘Throw,’ lets her lob her shuriken at distant enemies or even loot-containing crates.

But Square Enix has also cleverly ensured that there’s a seamless transition between both playstyles. When Yuffie sends off her shuriken, she’s then able to use Ninjutsu moves to blast enemies with elemental magic. In Remake, you needed special Materia to imbue your attacks with elemental attributes, so it’s ridiculously cool to have Yuffie naturally have access to many of them on the fly. You can also call back your shuriken manually. It’s a wisely balanced system, though, as Yuffie’s Ninjutsu serves more as a means to increase enemies’ Stagger bars more rapidly — it causes little damage otherwise.

And while Sonon can’t be actively controlled, you can still issue commands to him via Tactical Mode. His involvement in combat graciously doesn’t end there, though — Yuffie can also carry out ‘Synergy’ attacks with him to deal more damage to your foes with delightful panache. Even when you’re not commanding him, Sonon can also automatically provoke enemies to draw them away from Yuffie — an especially useful ability in a pinch.

Outside of combat, Yuffie and Sonon’s ninja skills allow them to run and jump across gaps and walls that would have previously been inaccessible to Cloud in Remake. While still fairly simple in their design, I appreciated the level of verticality these environments presented. 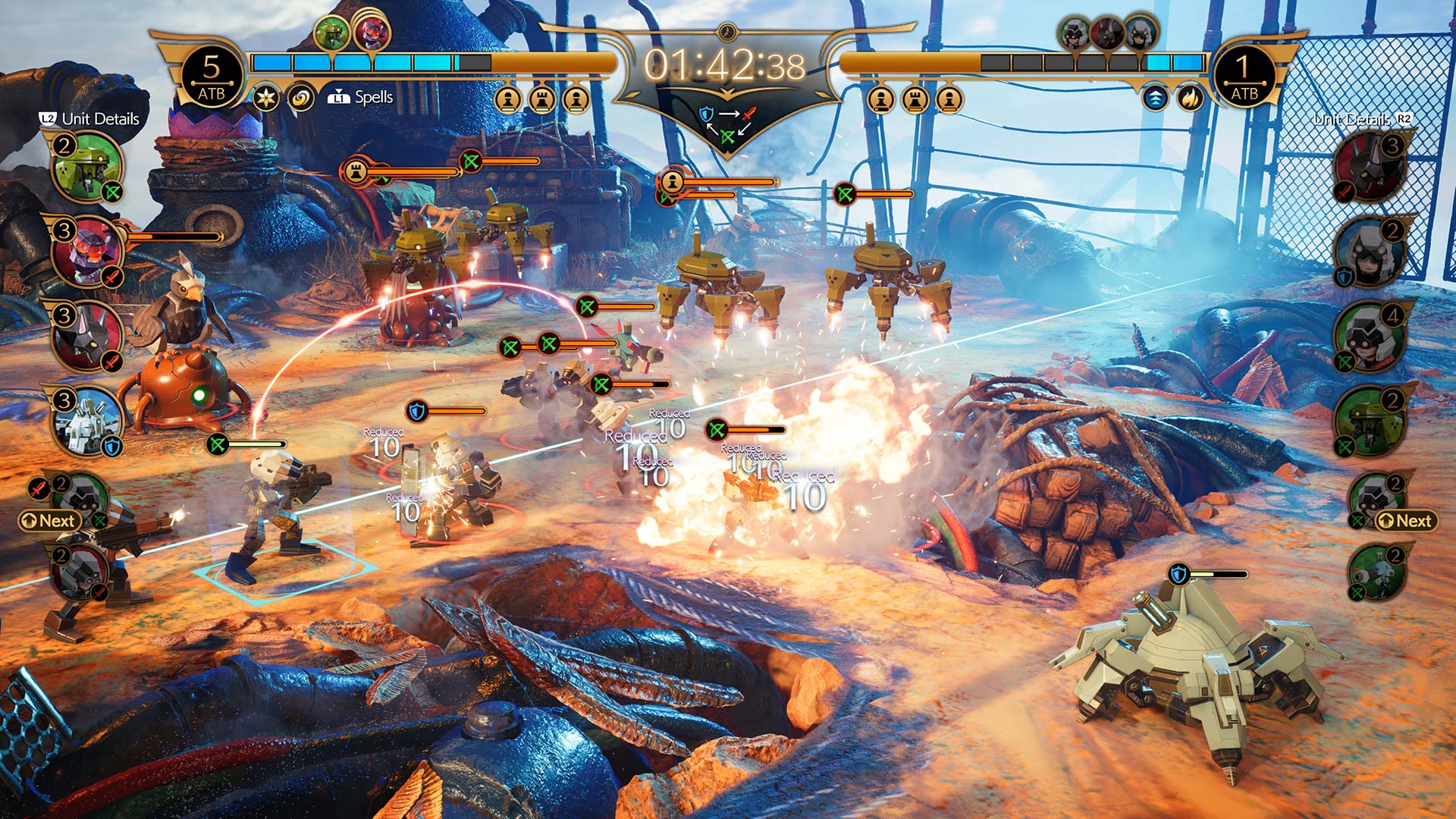 You’re also given a few instances to explore the Sector 7 Slums (a reused location from Remake) for some side content. While there’s a major generic fetch quest in there, the real gem is Fort Condor. In the original FFVII, this was a real-time strategy-esque minigame that had you defending villagers from Shinra invaders.

Here, it’s been repurposed into a board game that Yuffie can play with several non-player characters, including a few familiar faces from Remake that I won’t spoil. Overall, I was impressed with how Intermission‘s spin on Fort Condor is at once faithful to the original’s (thanks to its wonderfully nostalgic theme and similar unit types) while being more strategic (making units purchasable through slowly recharging ATB gauges really challenges you to plan out who you deploy).

Final Fantasy VII Remake Intergrade is the complete package. It takes an already excellent game and makes it better through several welcome technical enhancements. What’s more, it gives a classic but sometimes overlooked character a glorious re-introduction while adding layers to the larger Remake narrative. Throw in a tantalizing post-credits scene that had me beaming, and I can’t wait to see where Cloud, Yuffie and the rest of the gang go from here.

Note: You can upgrade to Intergrade for free if you purchased Remake on PS4, but those who got Remake through PS Plus are excluded. However, Intermission is only available in the premium version of Intergrade (which costs $93.49) or as a separate purchase, should you do the free upgrade.