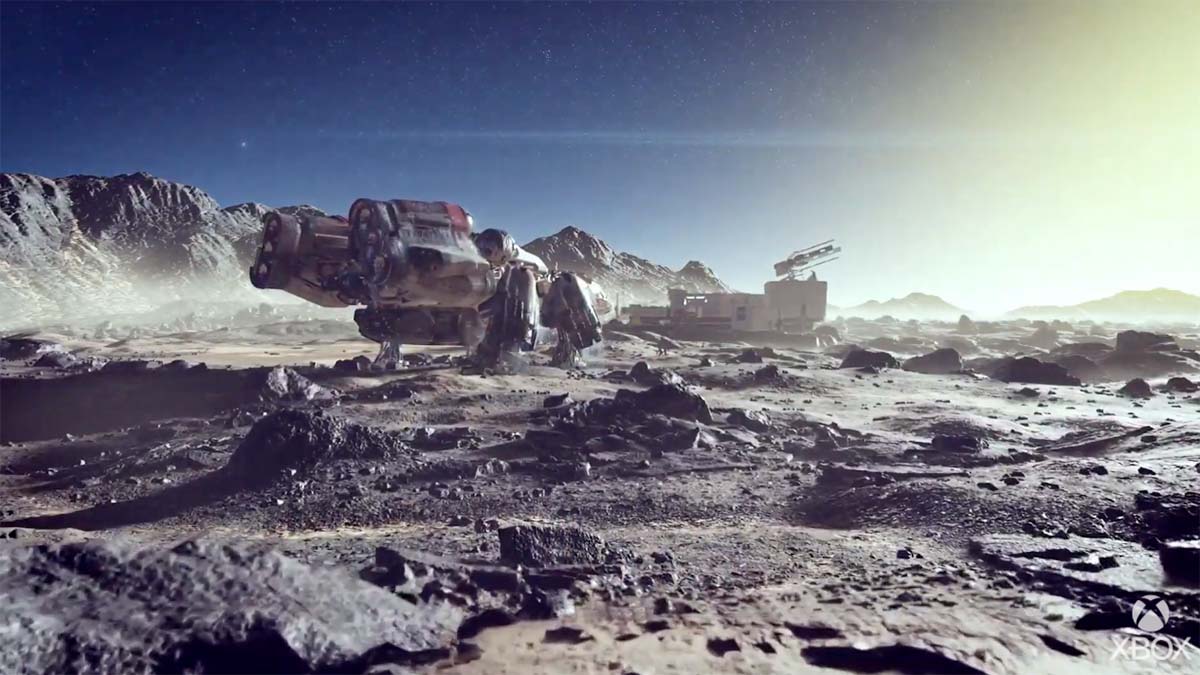 Directed by Fallout and The Elder Scrolls veteran Todd Howard, Starfield was first unveiled way back through a vague cinematic teaser three years ago at E3 2018, but we hadn’t seen anything else from it since outside of a few small leaks.

However, a new cinematic trailer for the game was revealed during the Xbox & Bethesda Games Showcase, following a leak from The Washington Post. Firstly, the trailer includes a release date for Starfield, November 11th, 2022, confirming a late 2022 window that was recently provided by Bloomberg’s Jason Schreier.

Additionally, the game will only come to Xbox Series X/S and PC, per the trailer. Like all other Xbox Game Studios titles, Starfield will also be available on Game Pass on day one.

This lines up with a previous report from VentureBeat. The game is coming exclusively to Xbox and PC as part of Microsoft’s acquisition of Bethesda parent company ZeniMax Media.

While Xbox has so far honoured existing agreements to release games that it’s acquired mid-development on other platforms, such as Obsidian’s The Outer Worlds and Double Fine’s Psychonauts 2, Bethesda has never actually revealed which systems Starfield would come to. Therefore, Xbox making the game exclusive to its own platforms is a different case entirely.

That said, Xbox has confirmed that it will also make Starfield available through its Game Pass ‘Cloud Gaming’ streaming feature (which is confirmed to eventually be coming to smart TVs and dedicated streaming devices). Therefore, PlayStation (and, by extension, Nintendo) gamers should be able to play Starfield through one of those means rather than having to buy an Xbox console or PC.

It’s important to note, however, that we don’t yet know whether Xbox will adopt an exclusivity approach with The Elder Scrolls VI, another Bethesda Game Studios game that was revealed three years ago but has gone dark ever since.

In the meantime, we’ll have to wait for story details and gameplay footage from Starfield.