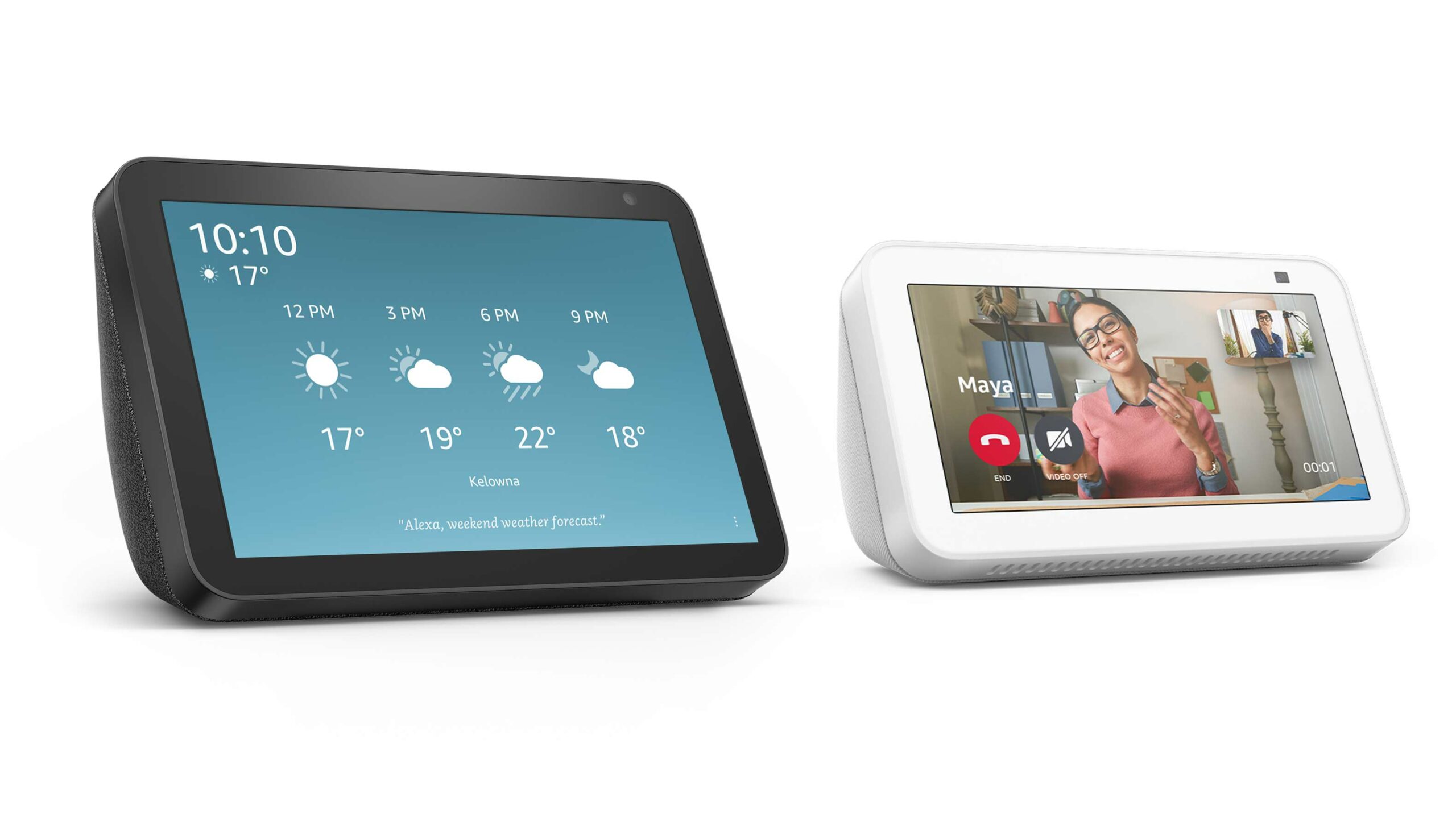 Both devices are getting webcam upgrades to high-definition, and the Echo Show 8’s new camera features a 13-megapixel sensor that can also follow users around the room. The shooter uses virtual pans and tilts to keep the user in the frame, similar to the Facebook Portal and the new iPad Pro.

The Echo Show 8 also features a new adaptive colour display that can shift between white, blue and yellow backlights to match the ambient light in whatever room it’s placed in. Amazon also added an octa-core processor, so the device should be a bit snappier than before.

The final upgrade includes new dual stereo speakers. The speakers are the more exciting change here since the last time I went hands-on with the Show 8, I was a big fan of its sound, so any improvements will just make it even better.

The new Show 5 doesn’t get as many improvements, but it will come in a new light blue colour scheme to match the orb-shapped Echo that launched last year.

Both speakers also feature privacy shutters that allow you to physically block the camera if you would rather not use their video call functionality.