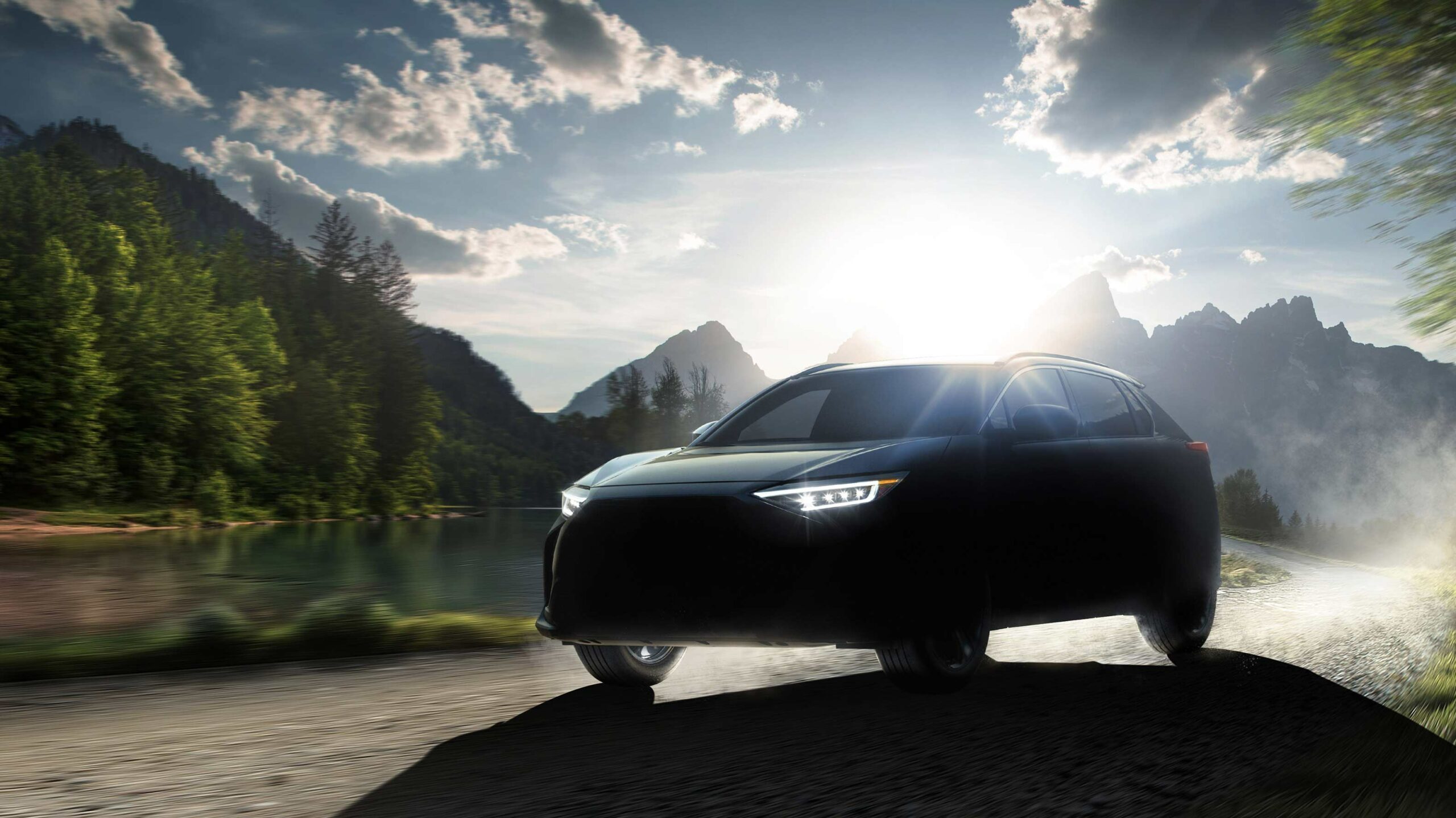 Subaru is starting to drum up hype for its first electric vehicle (EV), a crossover-styled vehicle called the Solterra.

The company has shared a few images of the upcoming car, but for the most part, the photos only show off the name and the vehicle’s silhouette. To me, it looks similar to the automotive company’s popular Outback crossover, but it’s hard to tell since the angle of the shot makes the nose of the car look pretty large, and no detail can really be seen in the shadows.

The vehicle is built on the e-Subaru battery platform that it’s been working on with Toyota. This means that the Solterra should be fairly similar to the Toyota bZ4X that was shown off near the end of April in terms of range and power. The Subaru press release also mentions that the company has taken the shared design and tweaked it to focus on all-wheel-drive technology.

The Solterra will go on sale in Canada at some point in 2022. If you’re excited about this EV, make sure to keep an eye out for Toyota bZ4X news since it may give us hints as to what we should expect from the Solterra.