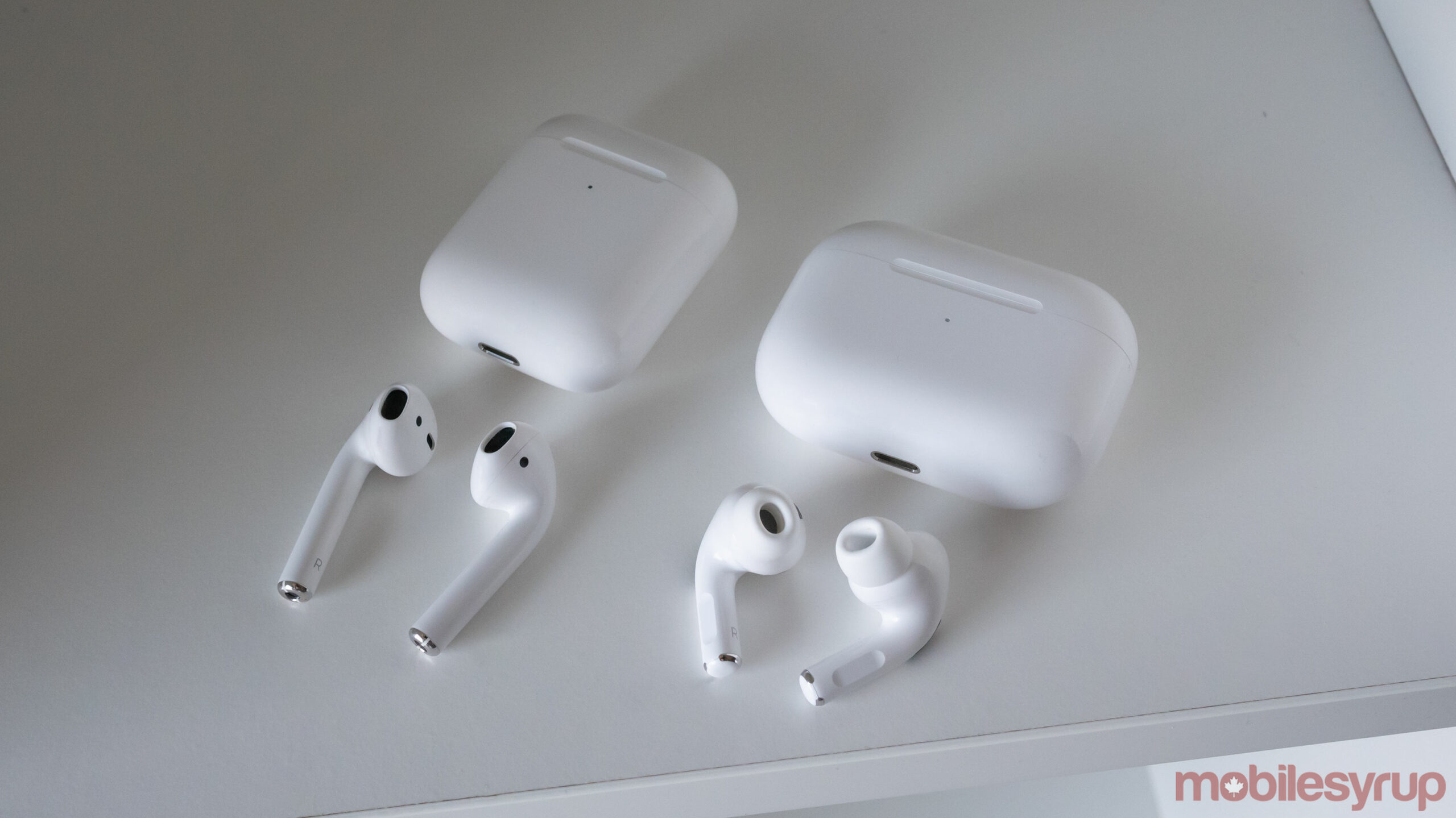 Apple is working on refreshed versions of its AirPods and AirPods Pro wireless earbuds, according to often-reliable Bloomberg reporters Mark Gurman and Debby Wu.

Further, Bloomberg’s report says that Apple’s often-rumoured over-ear AirPods Studio are still in development but that their release date remains unclear. The report also mentions that Apple could have plans to release a mid-range HomePod speaker but says that it’s still in the early stages and could end up being cancelled.

Regarding Apple’s AirPods Pro, the report says that the high-end wireless earbuds could ditch the trademark stem and feature a design similar to Samsung’s Galaxy Buds+ or Google’s Pixel Buds. However, the AirPods Pro will still include active noise-cancelling. That said, Bloomberg reports that fitting all of the AirPods Pro tech into a smaller body has been challenging for Apple.

On the other hand, the third-generation of Apple’s entry-level AirPods will feature a shorter stem and replaceable ear-tips, two features borrowed from the current AirPods Pro. Other features include better battery life. The second-gen version of the AirPods released back in March of 2019.

The AirPods Studio are still on the way, but the design has reportedly been changed to reduce the size of the external touchpads on the over-ear headphones’ cups and lower the number of swappable parts they have. For example, Bloomberg says that while replaceable ear pads are still included, the headband won’t be changeable.

Given it’s been a year since the AirPods Pro launched and a year and a half since the release of the second-gen AirPods, it makes sense for Apple to be preparing to refresh both wireless earbuds.