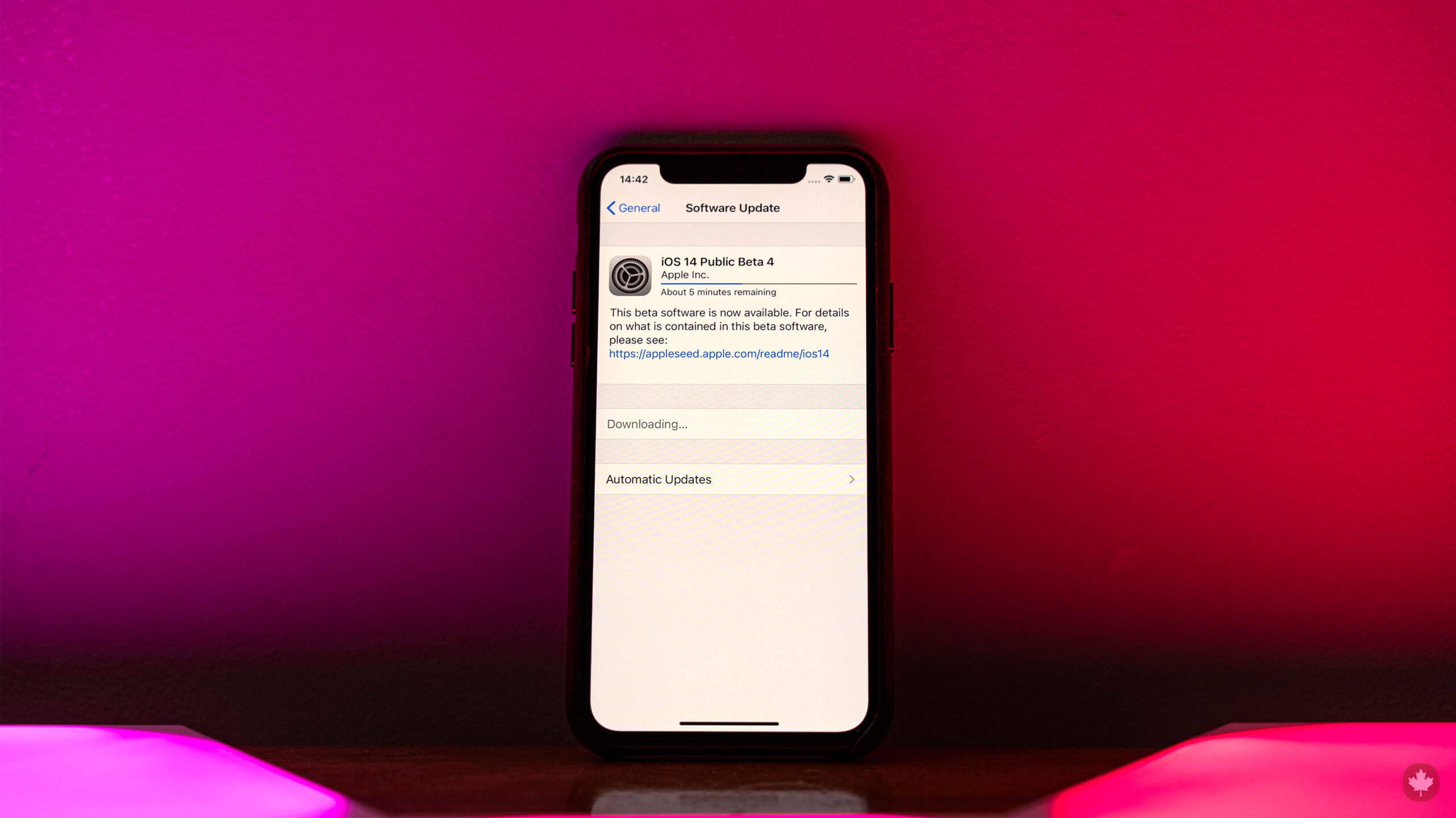 Apple is dropping several betas today. First up, the fourth public beta for iOS 14 and iPadOS 14 started rolling out to users, while the first macOS Big Sur public beta has also become available.

According to 9to5Mac, the new iOS 14 public beta likely includes changes introduced to the developer betas earlier this week. That includes new widgets for the TV app, a restoration of 3D Touch support and more.

9to5 also mentions that the beta adds support for Apple and Google’s Exposure Notification system, which should mean beta testers can use apps based on the system.

I can confirm that iOS 14 Public Beta does enable the Exposure Notification system and I was able to activate Canada’s COVID Alert app. Although there likely aren’t many beta testers in Canada, at least now you can try out the beta without breaking COVID Alert.

Those interested in the beta can install them from the Apple Beta Software Program. You can also check out a guide on how to install iOS 14 on your iPhone here.

It’s important to note that these updates are still betas. As such, expect bugs and for things not to work. If you want to try out any of the beta software, don’t install it on any “mission critical” devices. If you only have one iPhone, for example, and that’s the phone you use as a daily driver, you probably should avoid installing any beta software on it.