It looks like the headphones can be worn backwards 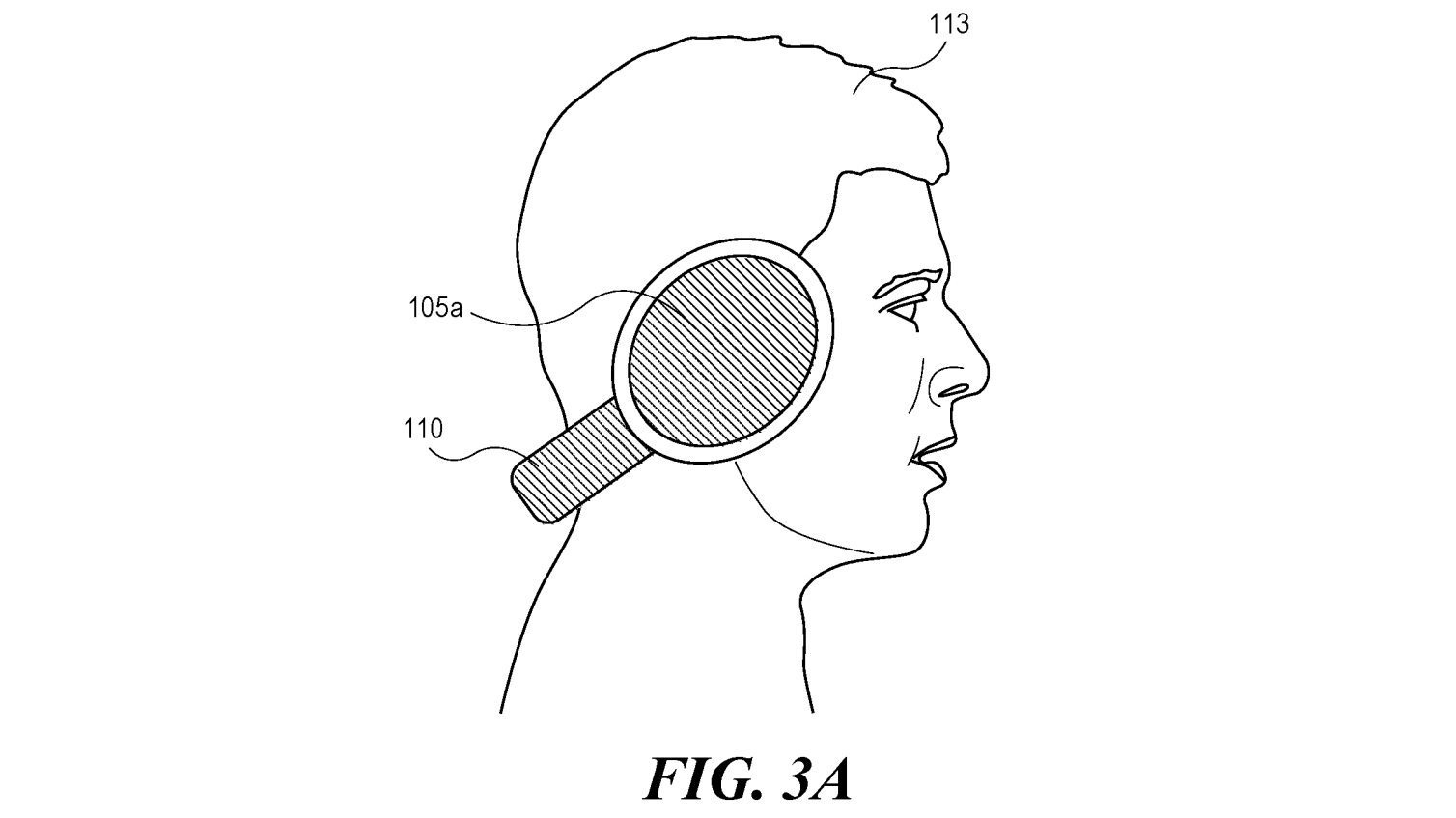 At this point, it would be great if Apple just officially revealed its rumoured over-ear headphones.

Given the next major Apple event likely isn’t happening until September, we’ll probably have at least a few months until the tech giant confirms their existence.

Until then though, the seemingly never-ending string of rumours surrounding the headphones continues. The latest speculation, courtesy of Patently Apple, involves a recently published patent that describes how the headphones could feature traditional gesture controls and functionality called ‘rotation detection.’

Backing up earlier rumours indicating the headphones might be reversible, allowing the user to wear them at different angles, this latest patent explains how swipe-based controls might work with the headphone band resting on the wearer’s neck.

The patent describes how the user would be able to swipe down to reduce the volume and forward to skip to a next song regardless of the angle of the headphones thanks to their ability to detect when they’re in contact with skin. The patent explains how the headphones are capable of this through a mix of capacitive and optical sensors that measure the distance between the sensor and various parts of the wearer’s ear.

Once this distance is detected, the headphones would then modify their orientation for the gestures to still work accurately.

While this, in a sense, feels like Apple over-engineering a product to solve a relatively simple issue, if you’re the type of person who wears over-ear headphones with the band resting on your neck, it would ensure touch controls remain accurate and could be quite useful.

Of course, just because a patent is filed doesn’t mean the technology will actually be featured in an upcoming device. Apple, in some cases even more so than other companies, files several patents a year that include interesting technology we’ll probably never see in consumer products.

Other rumours surrounding the headphones indicate that they will be customizable via magnetic attachments. Leaked iOS 14 beta code from a few months ago also included assets related to the AirPods Studio.