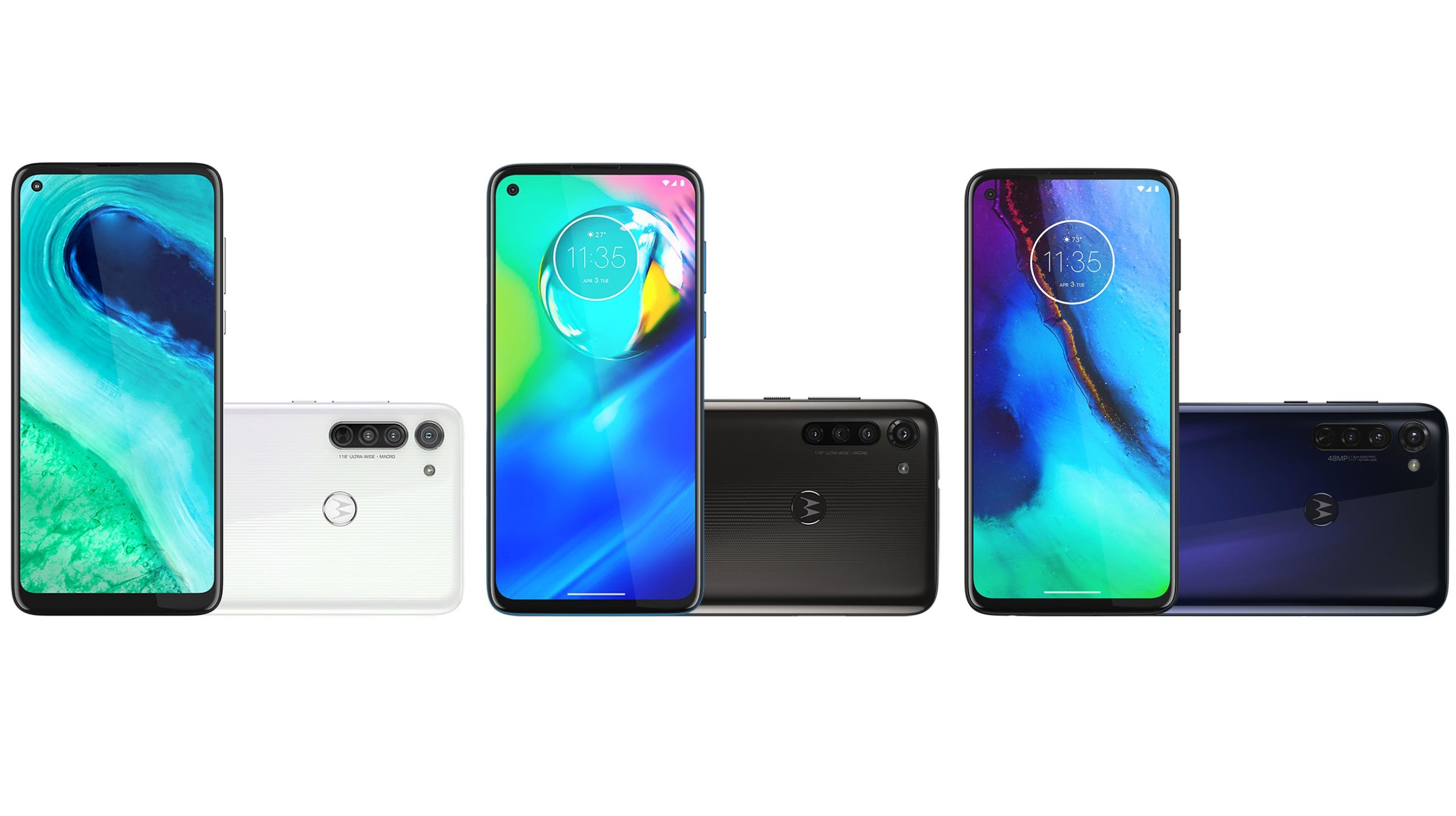 Last year, Motorola silently launched the G8 Plus in select countries; with the handset never making its way to the North. Leaks indicate that Motorola is completing the G8 series with the Motorola G8, G8 Power and the G Stylo.

Credible leaker Evan Blass tweeted out an image of renders of the three phones, and they almost all look identical. Like, seriously, I can barely tell the difference between any of these devices. The G8, the white one, has a larger bottom bezel and seems to only feature three cameras, the primary, the 118-degree ultra-wide and a macro shooter. It’s difficult to say what the bottom hole is exactly, but it doesn’t look like a camera.

The G8 Power seems to sport four shooters, two of which will be a macro and a 118-degree ultra-wide lens and has seemingly the slimmest bezels. Whereas the G Stylus features three cameras, like the G8, but unlike the G8 uses a 48-megapixel primary camera. All three handsets have a left aligning hole-punch selfie shooter on the front.

Oddly enough, not a single one of these handsets look like the G8 Plus that launched last year.

To go even further, the Moto G Stylus is rumoured to sport a 117-degree wide-angle lens, but the other sensors are unknown.

All three devices are rumoured to feature a Snapdragon 6-series chipset, and the G8, and the G Stylus will both sport a 4,000mAh battery.

Motorola will be holding an event at Mobile World Congress on February 23rd where it will likely officially reveal its latest G-series smartphones.