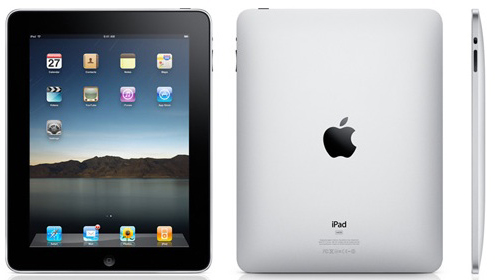 Remember all the horrible jokes mostly surrounding the name of Apple’s first iPad?

10 years later, all of those efforts to poke fun at arguably the world’s first widely successful tablet are a distant memory. Like it or not, the iPad defined the concept of a tablet and has become an established tech device that isn’t going anywhere.

During the reveal keynote, Jobs described the tablet as a device that sits between the iPhone and a MacBook, giving users more screen real-estate to play games and browse the internet, along with innovative touch controls like swiping and pinch-zooming.

The original iPad featured a 9.7-inch screen, 256MB of RAM, Apple’s A4 processor and weighed 0.6kg (about 1.5lb). The tablet also featured 10 hours of battery life, an impressive feat for the time.

“iPad is our most advanced technology in a magical and revolutionary device at an unbelievable price,” said Steve Jobs, Apple’s CEO, in a press release at the time. “iPad creates and defines an entirely new category of devices that will connect users with their apps and content in a much more intimate, intuitive and fun way than ever before.”

Though it wasn’t known at the time, the release of the iPad ended up being one of the last major Apple products that Jobs played a role in before his death in 2011.

Fast-forward to 2020 and the iPad has evolved into a product category of its own, as well as arguably the only viable tablet left standing. In fact, the tablet eventually eclipsed the MacBook in terms of importance for Apple, especially after the release of the keyboard and stylus-equipped iPad Pro — though that turn has shifted in recent years.

The latest iPad Pro (2018) finally brought USB-C to the tablet and marked the switch to iPadOS, which hopefully ushers in an era where the ‘Pro’ version of the tablet becomes a more capable PC and laptop replacement.