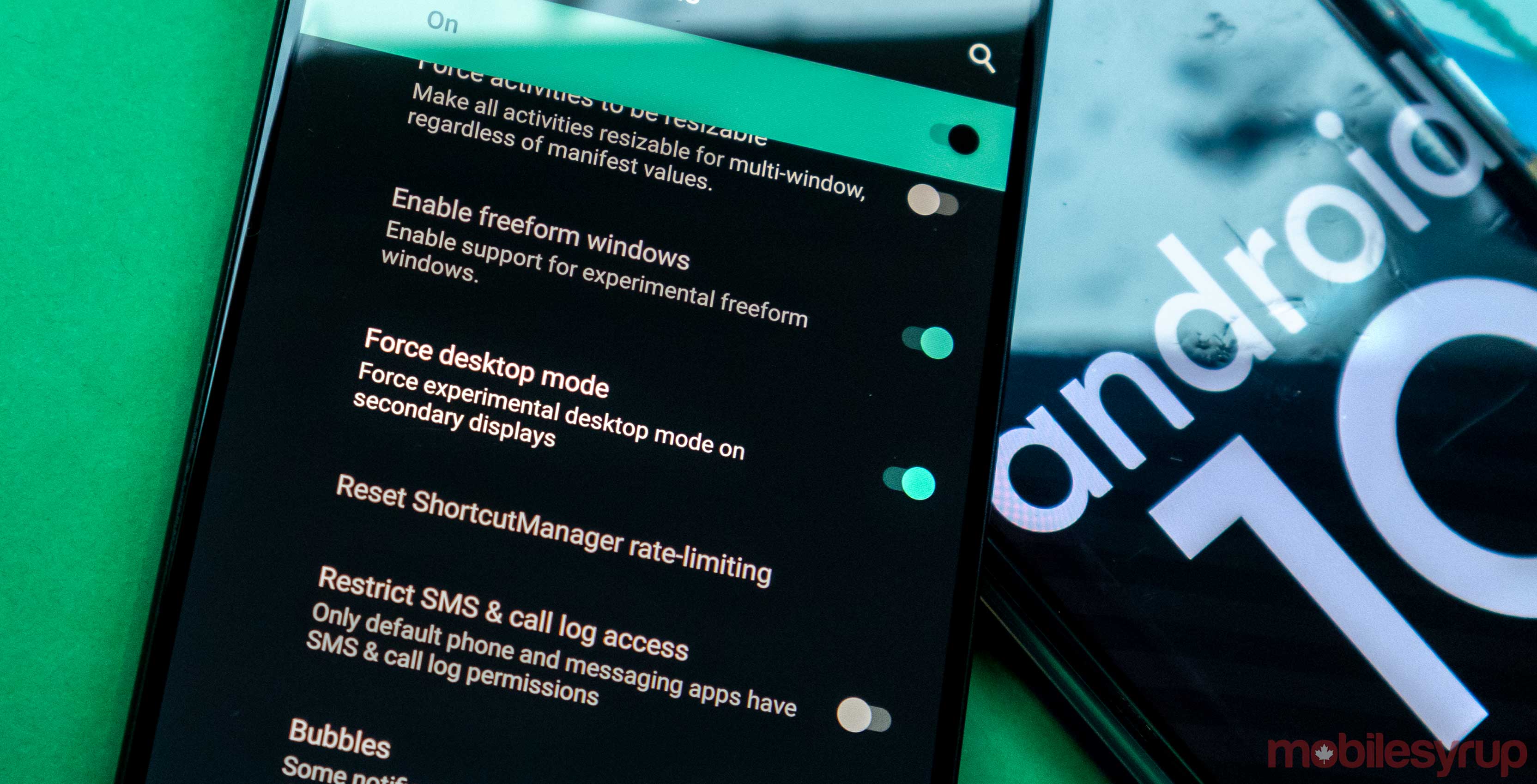 Yesterday we were hit with a tidal wave of Android 10 news and now even more hidden features like a desktop mode are leaking out.

While there are only three phones in Canada with stable versions of the update, two of them can run a rudimentary form of a desktop mode.

If you dive into the ‘Developer settings’ on any Android 10 device, you’ll see a toggle called, ‘Force desktop mode.’ If you flip that switch and then restart either an Essential Phone or a OnePlus 7 Pro then plug it into an external display, it shows off a very minimal desktop mode. 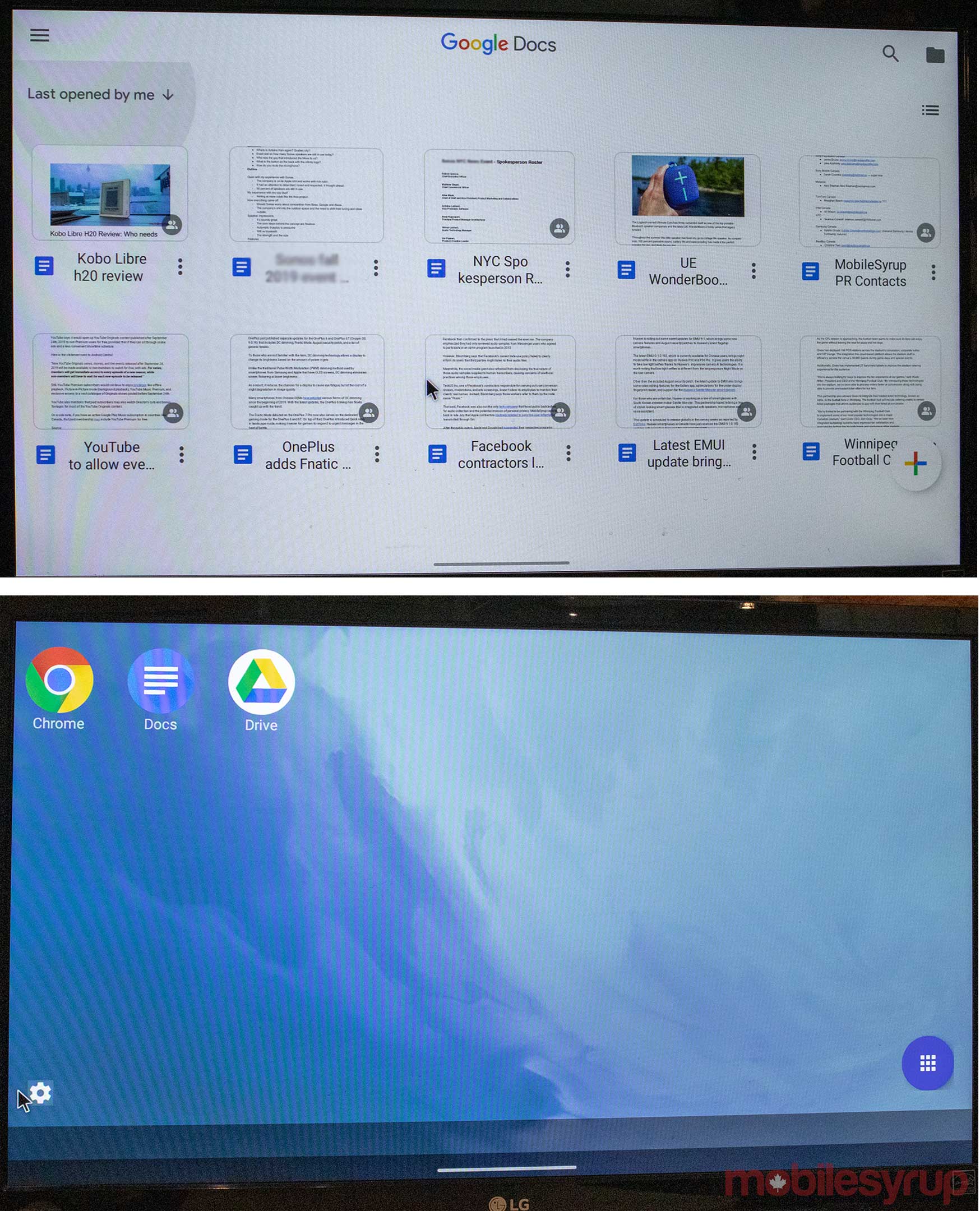 The mode only has two buttons as well and a lot of jank. The gear icon on the left lets you add app shortcuts to the home screen, while the old app drawer icon is located in the bottom right corner.

In our tests, you can open most apps, but some of them that don’t work in landscape mode like Instagram are impossible to use. Other apps, like Chrome and Google Docs are totally usable.

Usable is the keyword here because nothing is optimized for the larger screen. Apps are weirdly large and there is a huge navigation bar along the bottom of the screen that does nothing. It’s also worth noting that neither of the versions I tested had any way to close apps except for opening multitasking on the phone and closing the app there. 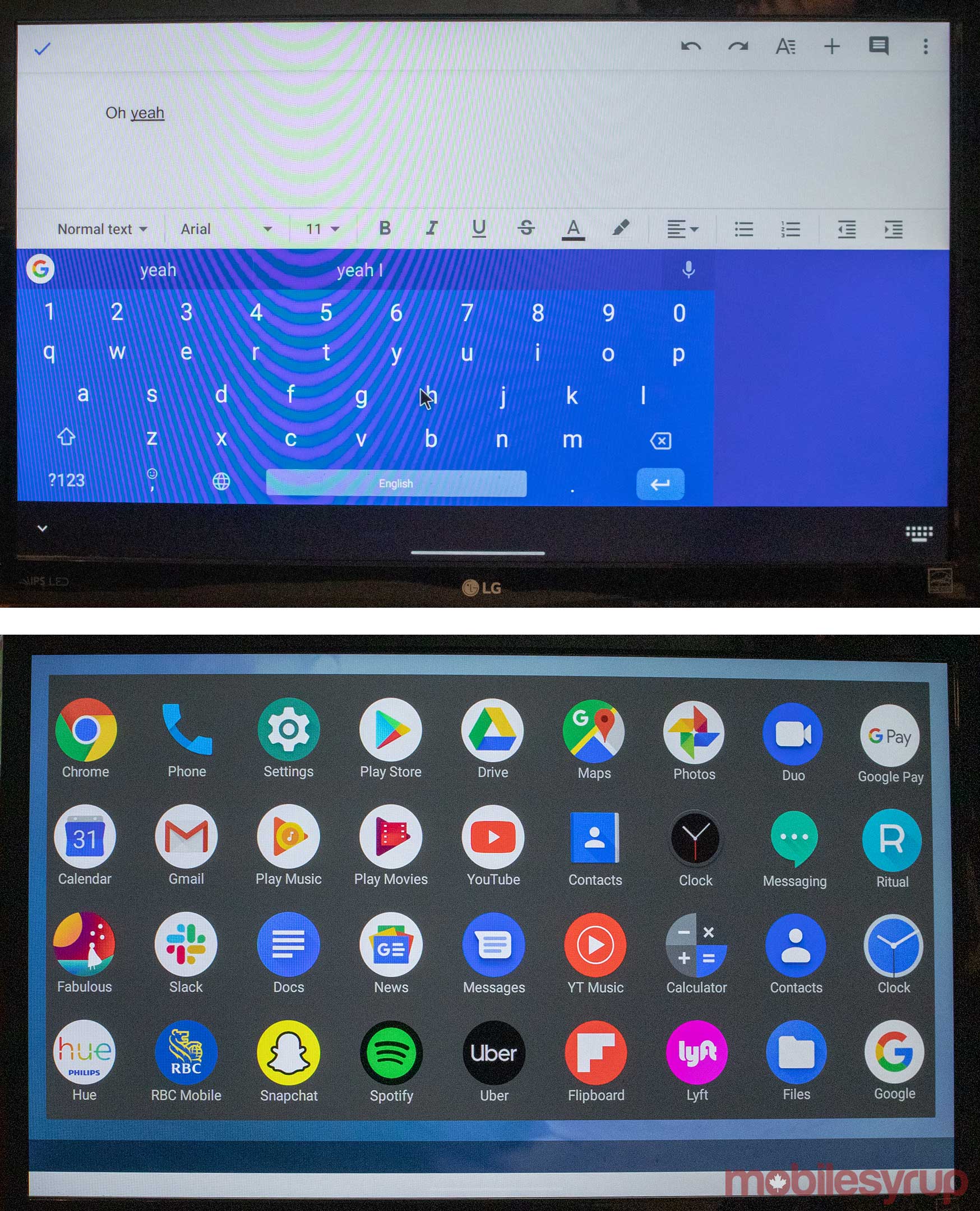 There’s also no way to navigate desktop mode unless you can connect a Bluetooth mouse or keyboard to the phone.

Even though baked-in Android desktop mode is very lacklustre, it’s hopefully a step in the right direction that will help Google catch up with Samsung Dex and Huawei’s Easy Projection desktop mode.

MobileSyrup previously reported on a launcher a developer built for the Android 10 desktop mode. If this allows projects like this to move forward then we might be able to use the desktop mode sooner than rather than later.