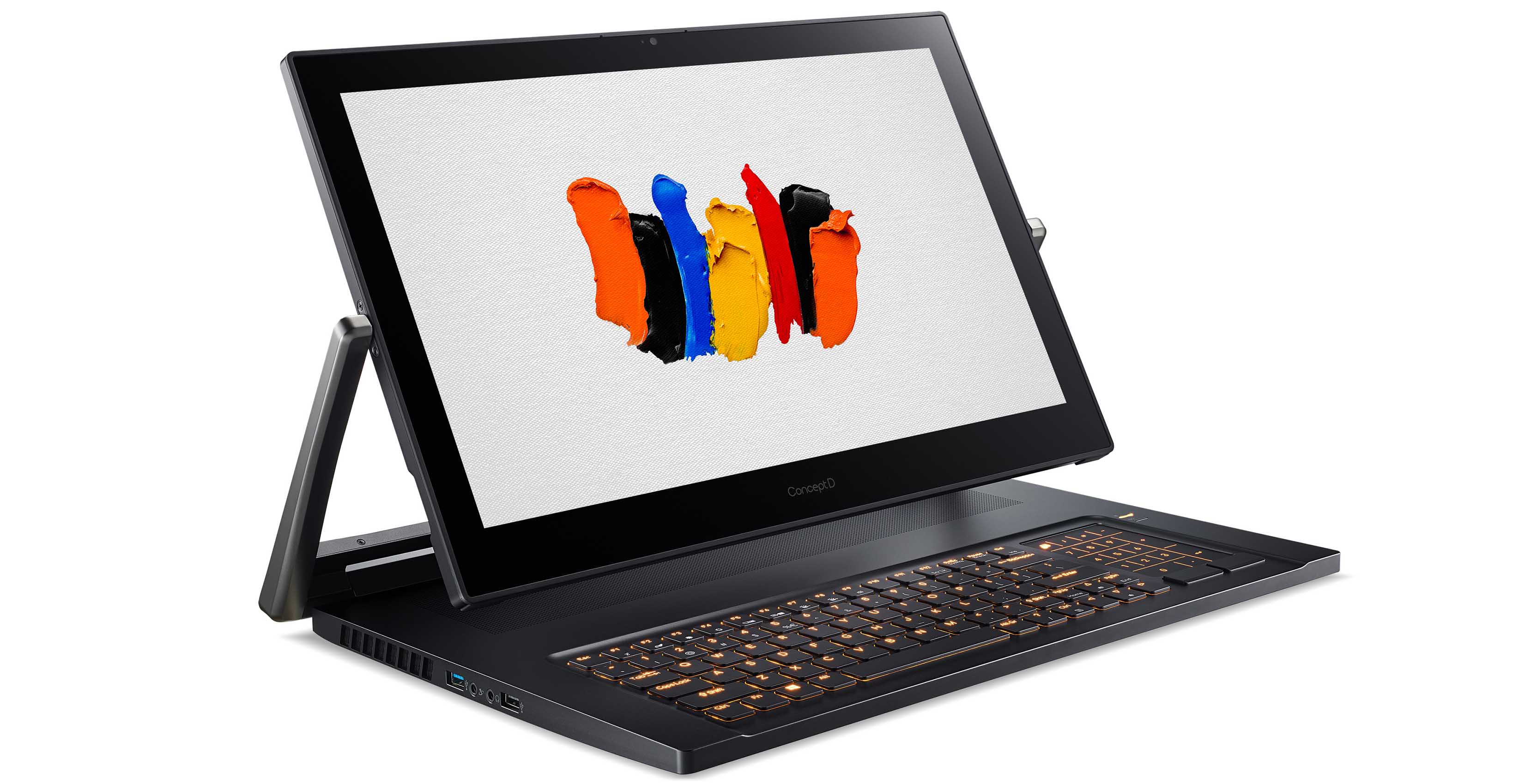 Acer announced a variety of new and refreshed laptops at its IFA 2019 press conference in Berlin along with gaming peripherals and an online gaming community platform.

To start, Acer announced new Predator Triton laptops. The first, the Triton 500, is among the first notebooks to offer a 300Hz refresh rate display. It’ll be available starting in December and retail for $2,799.99 USD (about $3,733.51 CAD). The Taiwanese electronics maker also announced a slimmer, value-oriented Triton 300 that will be available starting in October, but only in Europe, the Middle East and Africa (EMEA).

Acer also unveiled a series of new Nitro XV3 monitors for gamers. There are four options at UHD with a response time of 1ms and Acer’s Visual Response Boost (VRB), which the company says will reduce tearing and smooth gameplay.

A refresh for the ConceptD line

For the professionals out there, Acer also refreshed its ConceptD line, which was first announced earlier this year. The refresh brings Nvidia’s latest Quadro GPUs to the computers.

The flagship portable computer, the ConceptD 9 Pro, is now an RTX Studio laptop with a 17.3-inch 4K display and up to a Quadro RTX 5000 GPU. It’ll also pack in 32GB of RAM. The previous model offered an RTX 2080 GPU, which made it a more appealing option for gamers than professionals.

Finally, the ConceptD 3 Pro sports Nvidia’s Quadro T1000 GPU along with — you guessed it — a 9th Gen Intel Core i7 CPU.

There are also options for the ConceptD 5 and ConceptD 3 laptops with less powerful RTX 2060 and GTX 1650 GPUs respectively.

Thin-and-lights for the regular person

Along with the massive refresh to its professional laptops, Acer is rolling out revamped Swift 5 and Swift 3 laptops. Both options include Intel 10th Gen Core i7 processors, up to 512GB of SSD storage, up to 16GB of RAM, a 14-inch 1080p display and support for Wi-Fi 6.

Acer announced several other products as well, including a line of all-in-one, ultra-thin desktop PCs, a portable projector and a plug-and-play wireless presentation system.

One standout announcement from Acer is its new Planet9 online community platform. It appears to be a place for gamers to come together and learn from pros to improve their gaming.

You can learn more about Planet9 here, and about the rest of Acer’s announcements on the company’s website.

Source: Acer Via: The Verge