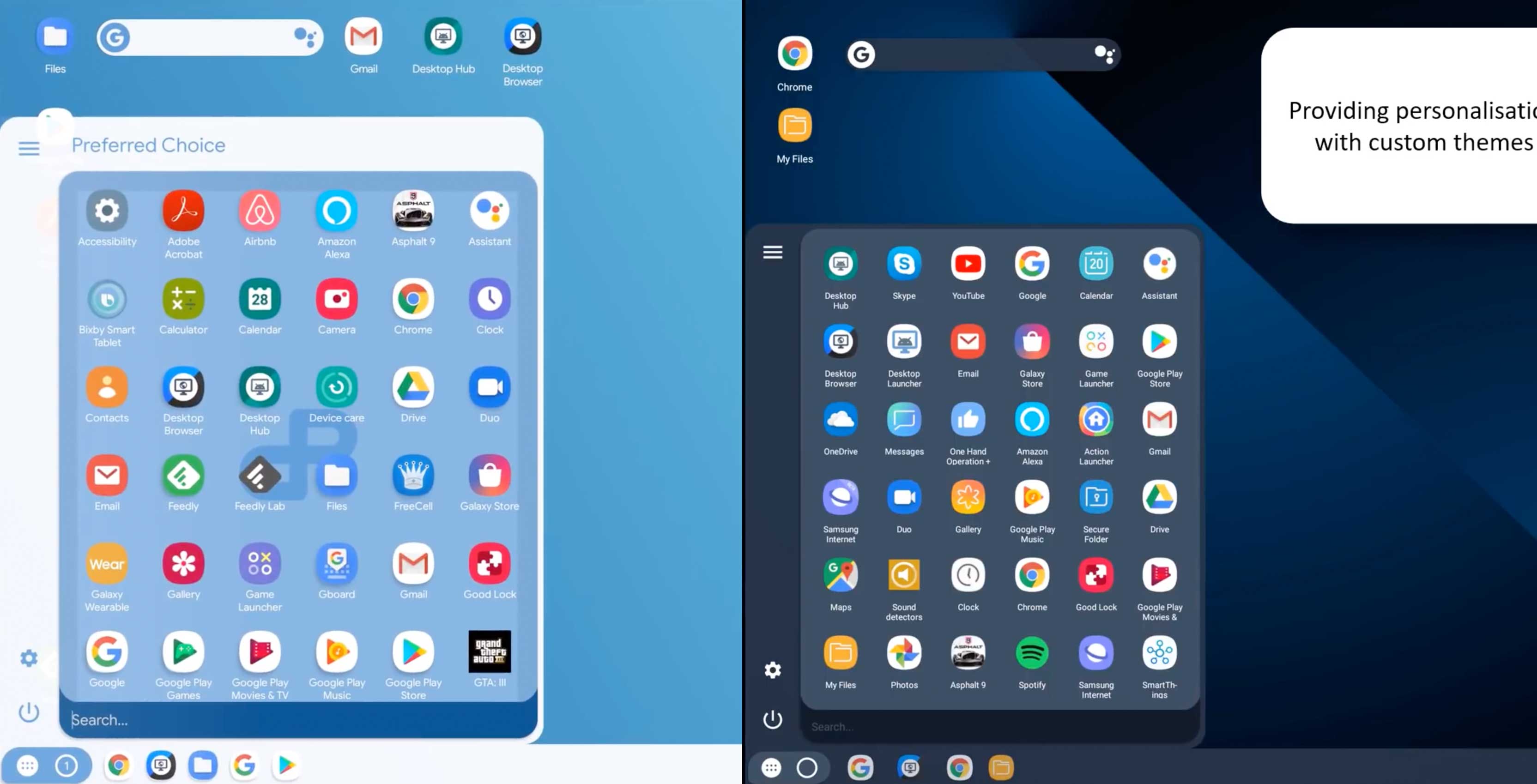 A developer is building a launcher for Android Q that gives the OS a dedicated and well-designed desktop mode.

When Android Q’s first beta dropped, people were quick to point out that there was a desktop mode toggle buried in the developer options.  While the feature didn’t work well it does hint that Google is starting to think about a device that can work as a phone and a PC.

Developer Daniel Blandford has shared a tease of a launcher that he’s building for Android Q that takes this idea to the next level.

Blandford’s launcher looks like a mashup of Windows and Chrome OS since it features a bottom taskbar, a start menu of sorts and Google’s Material Design.

There is even support for widgets and varying themes in this unreleased launcher. The taskbar has handy info like your phone’s battery life, Wi-Fi, data and other things that are visible in your phone’s status bar.

The launcher even has mouse, keyboard and touch support so you can use it in pretty much any way you want.

Unfourtantly this launcher may not come to fruition unless Google decides to support desktop modes natively in the public release of Android Q, reports Android Police.

It’s exciting to see Google and third-party developers try to push this forward since, up until now, users have only had Samsung’s DEX and Huawei’s Easy Projection to use if they wanted to use their phone as a desktop replacement.