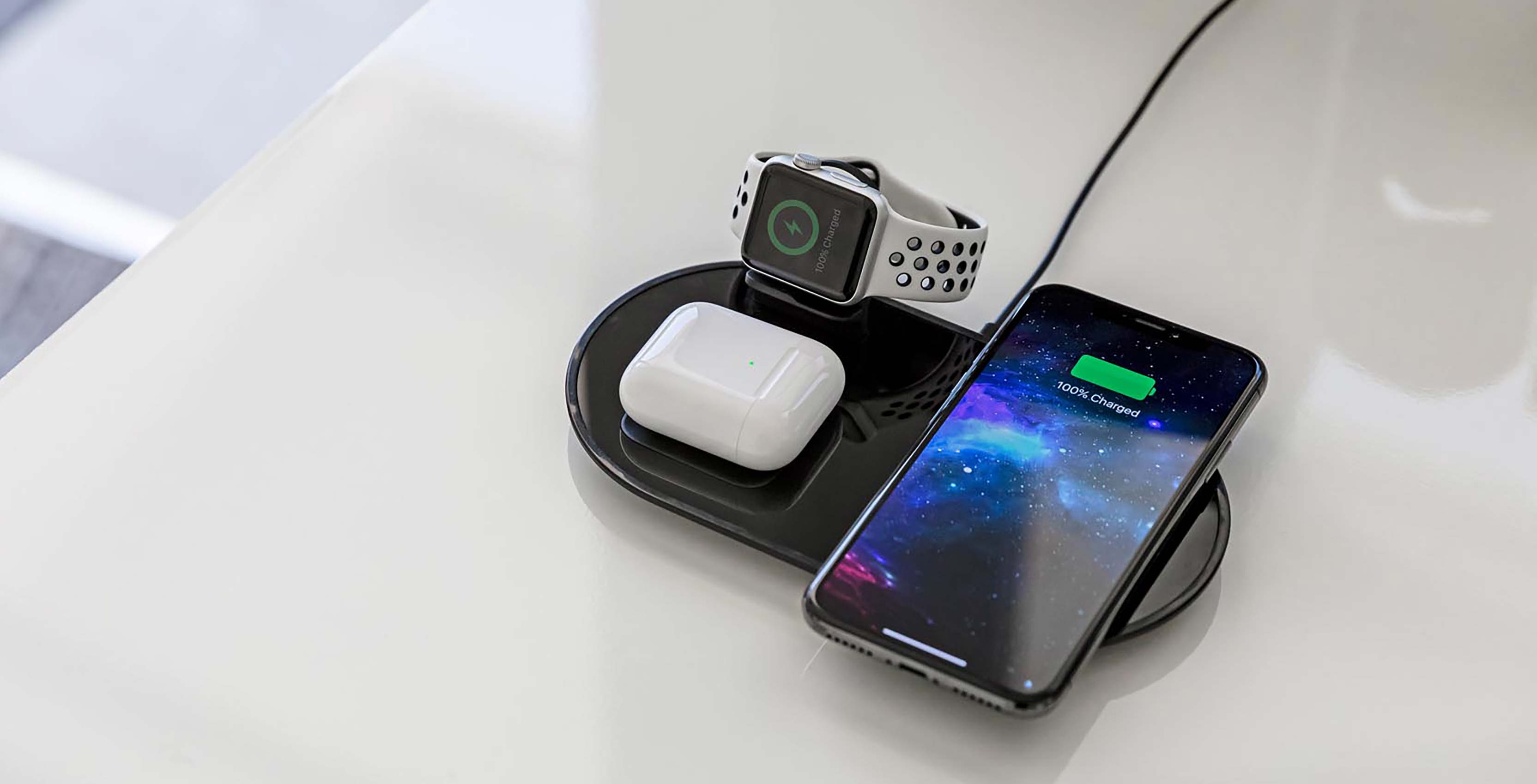 For the first time since the cancellation of Apple’s beleaguered AirPower charging mat back in March, the tech giant is set to sell a multi-device wireless charger.

One wireless charger features a dual base, whereas another allows users to charge up to three devices.

This Mophie wireless charger includes two Qi surfaces with coils capable of charging up to 7.5w. The charger also features a USB-A port on its rear that allows users to plug into an additional device like an Apple Watch or other wearables.

Mophie 3-in-1 Charging Base

Mophie’s more interesting wireless charging option, on the other hand, features two Qi charging surfaces as well as a built-in Apple Watch charging surface. Just like Mophie’s Dual charger, the accessory is capable of charging a pair of devices at 7.5w.

That said, it’s important to note that the pad likely can’t charge two iPhones at once. Its second charging pad is designed specifically for Apple’s second-generation AirPods’ wireless charging case, according to Mophie’s description.

While it’s interesting that Apple has finally started selling multi-device wireless chargers in its stores, Mophie’s offerings aren’t the most capable out there. For example, Nomad’s $139 USD (about $184 CAD) Base Station Apple Watch is able to charge two iPhones simultaneously as well as an Apple Watch.