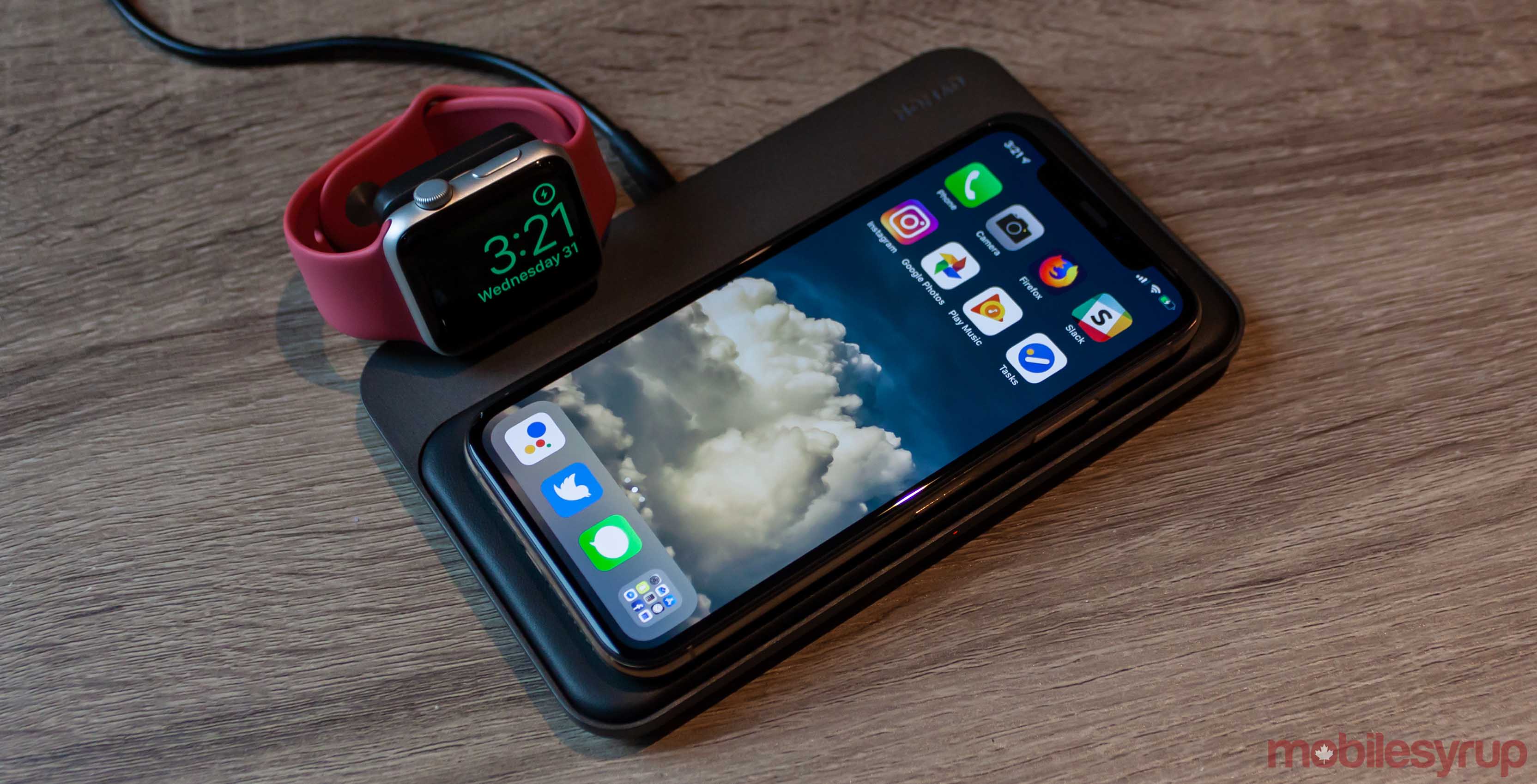 Nomad, the California-based accessory company that makes a variety of excellent smartphone cases and charging stands, has a new wireless charging pad for Apple fans.

Further, the Base Station Apple Watch keeps the Hub’s aluminum frame and padded leather surface over the wireless charging.

However, things are a tad different beneath the leather. 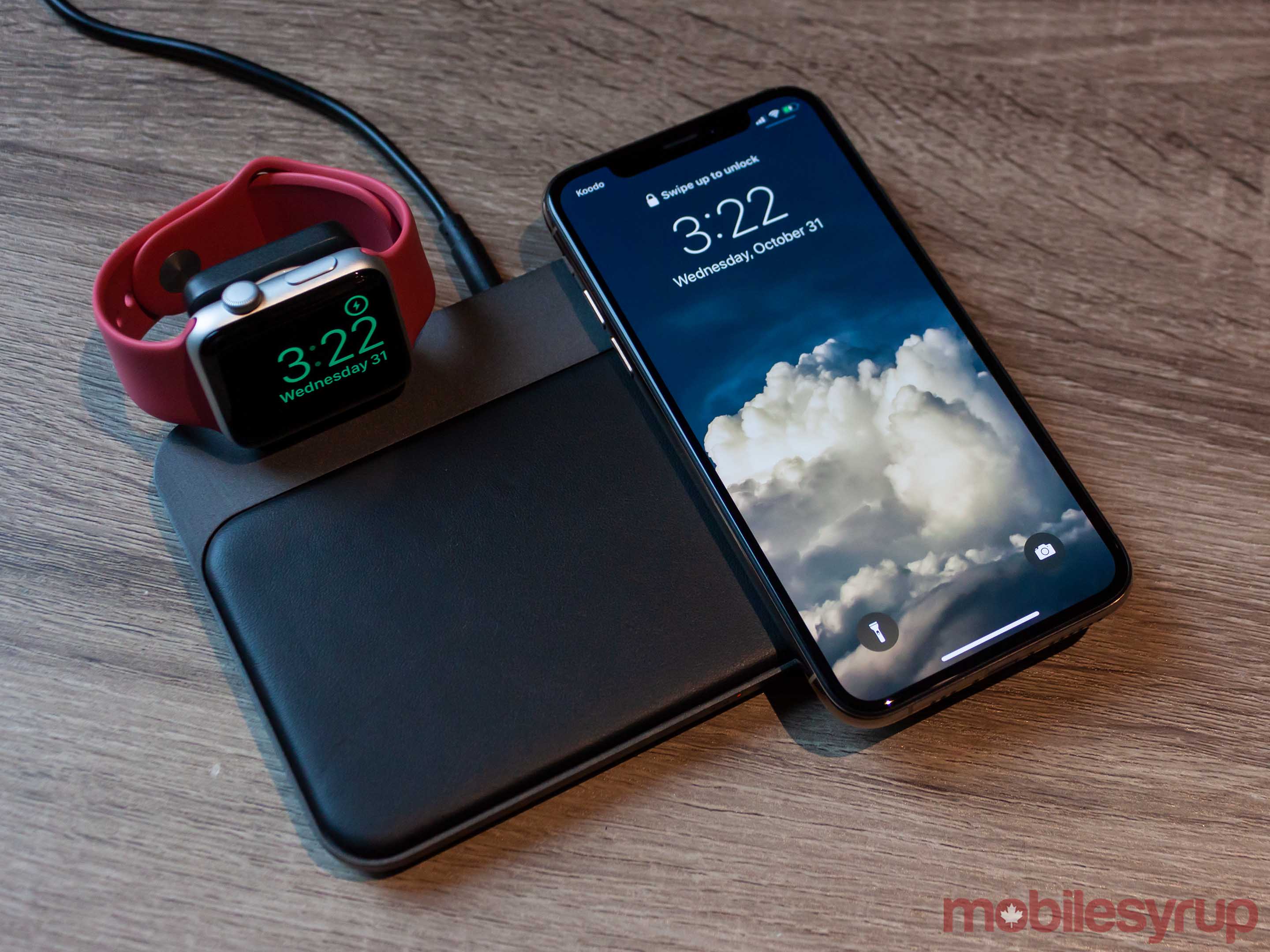 While the Hub sports three 10W wireless charging coils, the Apple Watch version has three 7.5W coils. Despite being lower-wattage, the Qi-certified, unlike the 10W charger.

Having used the 10W wireless charging a fair bit, I don’t think there’s any harm in it. If you’re concerned, you can opt for the lower-wattage certified coils in the Apple Watch version.

Despite having three coils to use when charging, it’s exceedingly difficult to charge more than one phone at a time. I had to cock both phones sideways to get it to work, but it didn’t leave enough space for an Apple Watch. 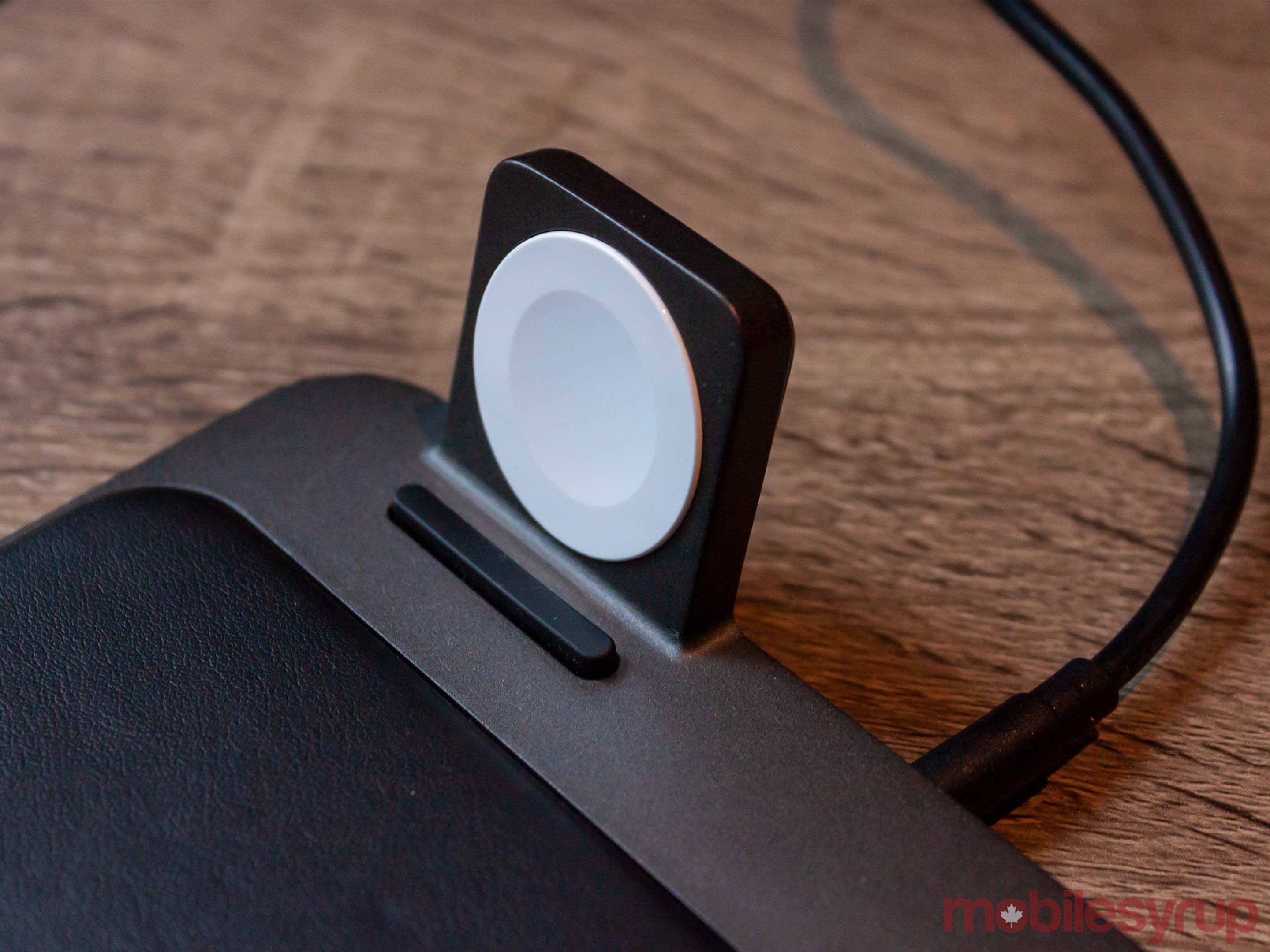 Additionally, the watch charger supports Apple’s nightstand mode, which turns the Apple Watch into a clock with the date and your next alarm on display.

Beyond that, there isn’t much different compared to the other Base Station wireless charger. It’s got LED indicators to let you know about charging status. The charger also has an ambient light sensor to adjust the brightness of the LEDs. 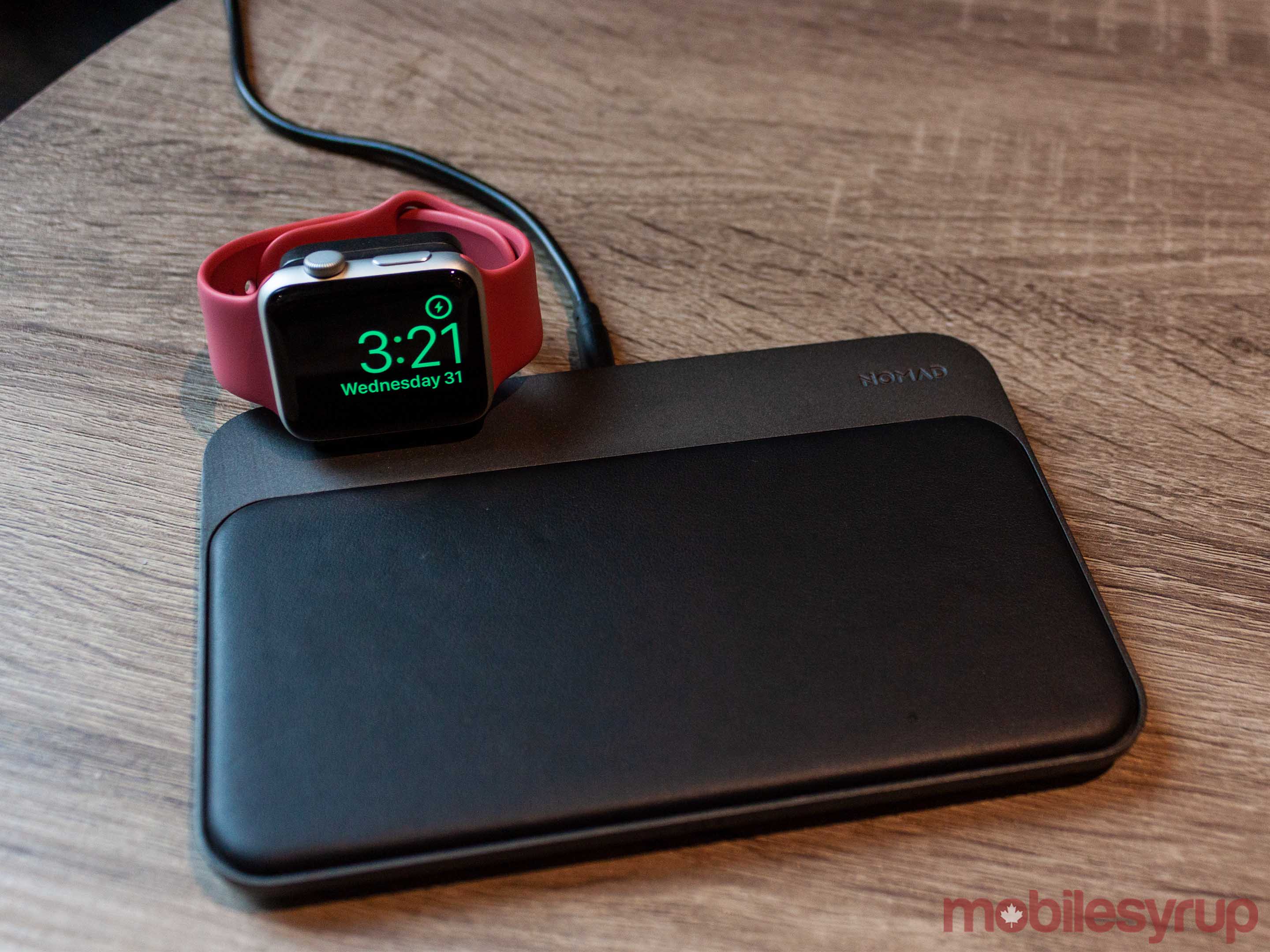 The only other significant difference is the price. At $139.95, the Base Station Apple Watch is significantly more than the Base Station Hub. It’s worth noting that at the time of writing, high demand has resulted in a backorder on Nomad’s website. Orders won’t ship until November 12th.

While I prefer the Hub version for the utility of the extra ports, I’m sure plenty will enjoy the Apple Watch version for the convenience of a one-stop charger for their Apple Watch and iPhone. Especially considering Apple’s AirPower continued to evade public release at the company’s Brooklyn, New York hardware event.

Update 08/09/19: Adjusted the pricing to reflect the new price on Nomad’s website.