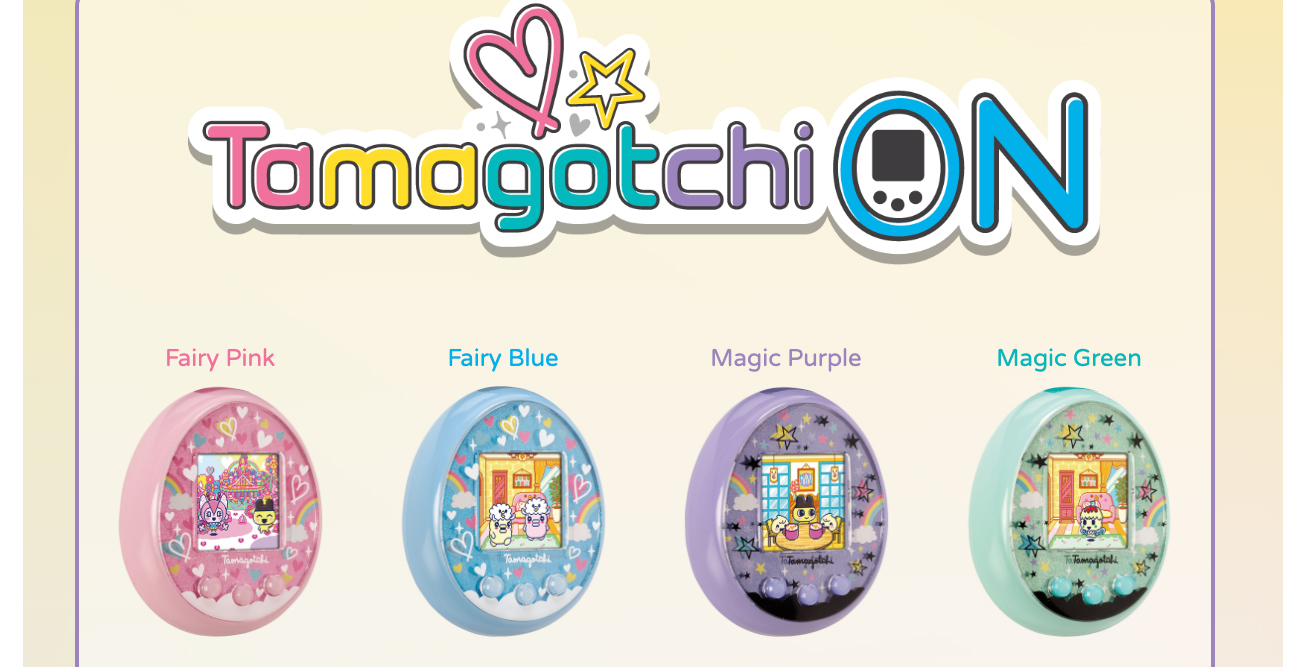 Bandai has announced that Tamagotchi — tiny, virtual pets that were extremely popular in the mid-90s — are set to once again make a return on July 27th.

This latest take on the nostalgic virtual pet is called ‘Tamagotchi On.’ As expected, it allows users to raise a virtual pet from an egg, while feeding, playing and caring for it.

The new game will allow players to participate in seasonal events and games, and of course, earn ‘Gotchi Points’ that can then be spent in a virtual store. Other activities include cleaning up the virtual pet’s poop because it wouldn’t be a Tamagotchi unless the digital creature was fond of defecating all over its virtual world with reckless abandon.

Physical traits of these pets are passed down when breeding, leading to what Bandai says is an unlimited number of Tamagotchi looks. Breeding must also be done in-person and can’t be performed through the app. 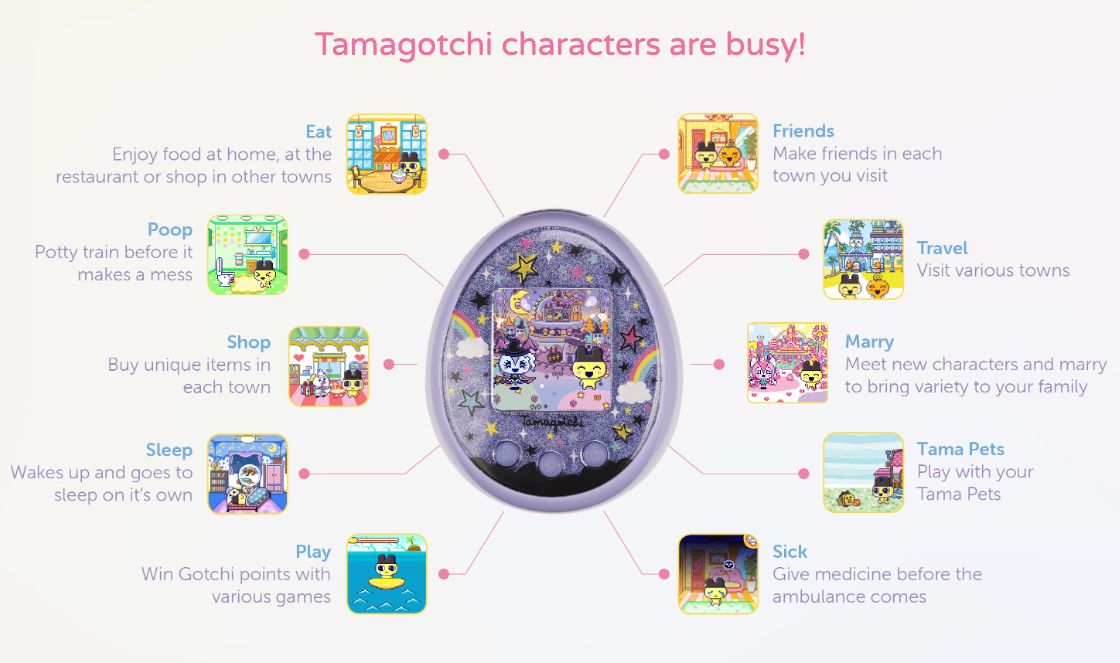 Further, the new version of the digital pet has a colour display unlike the original version of the virtual pet. That said, the same egg shape and three button controls make a return. The Tamagotchi On is set to be available in ‘Fairy Pink,’ ‘Fairy Blue,’ ‘Magic Purple,’ and ‘Magic Green.’

The new Tamagotchi On are set to be priced at $60 USD (roughly $80 CAD) and will be released later this summer across North America. To put this cost in perspective, it’s substantially more expensive than the $17 USD (roughly $23 CAD) the original Tamagotchi released at.