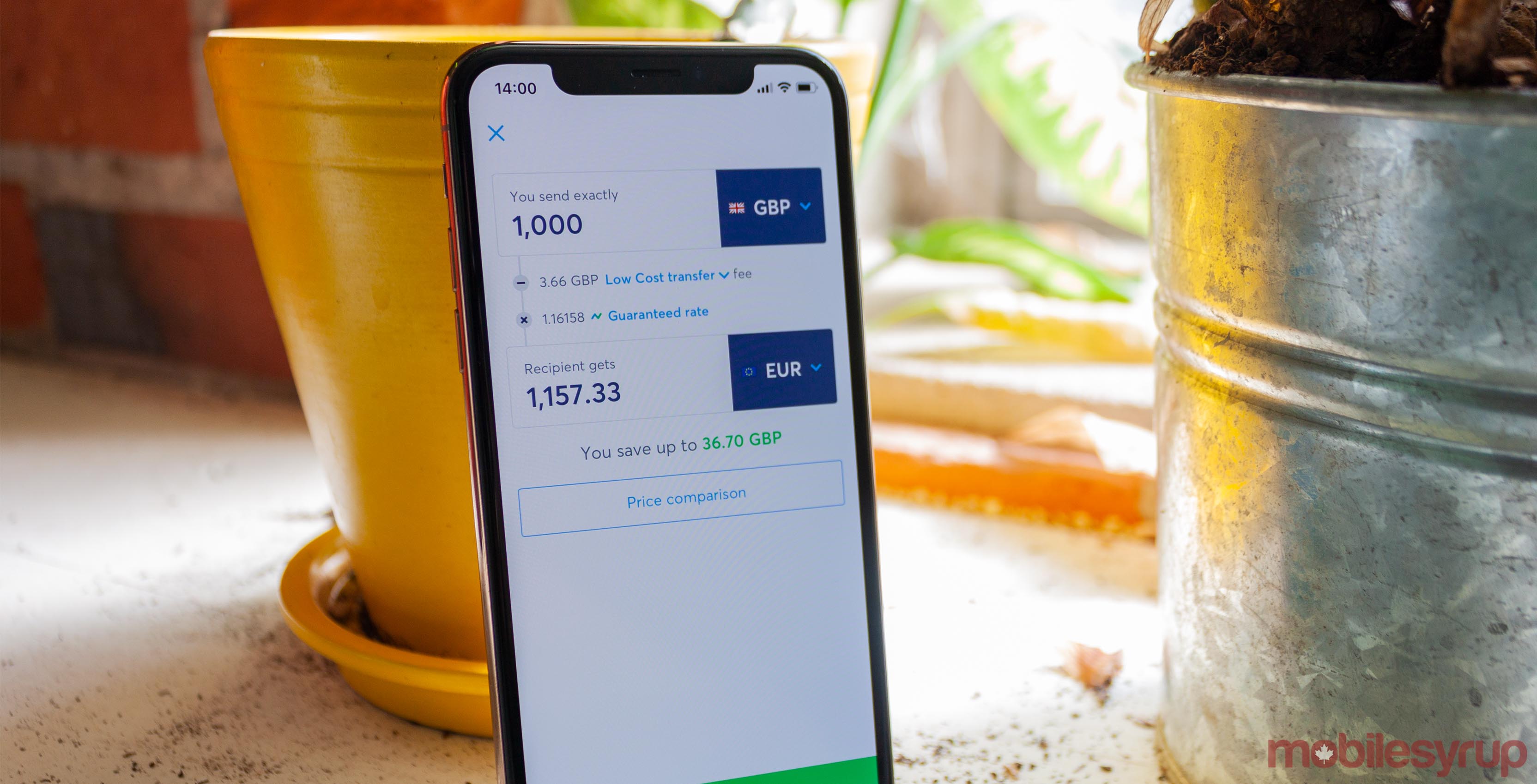 If you transfer money across borders often, you know that banks often take a big cut. However, TransferWise challenges that by offering an improved internet money transfer system based on the actual exchange rate.

TransferWise claims that banks add a small markup to the exchange rate, even when they advertise feeless transfers, to make money off moving your money.

Instead of doing this, TransferWise presents an upfront, low fee based on the amount of money you want to transfer, and the transfer method. For example, sending a transfer using a Canadian debit card is cheaper than a credit card, but using a direct debit payment method costs significantly less than both.

Further, TransferWise presents an easy price comparison directly in the app so you can see how much the same transfer would cost through other banks or companies like PayPal.

TransferWise moves your money abroad without actually taking it across borders 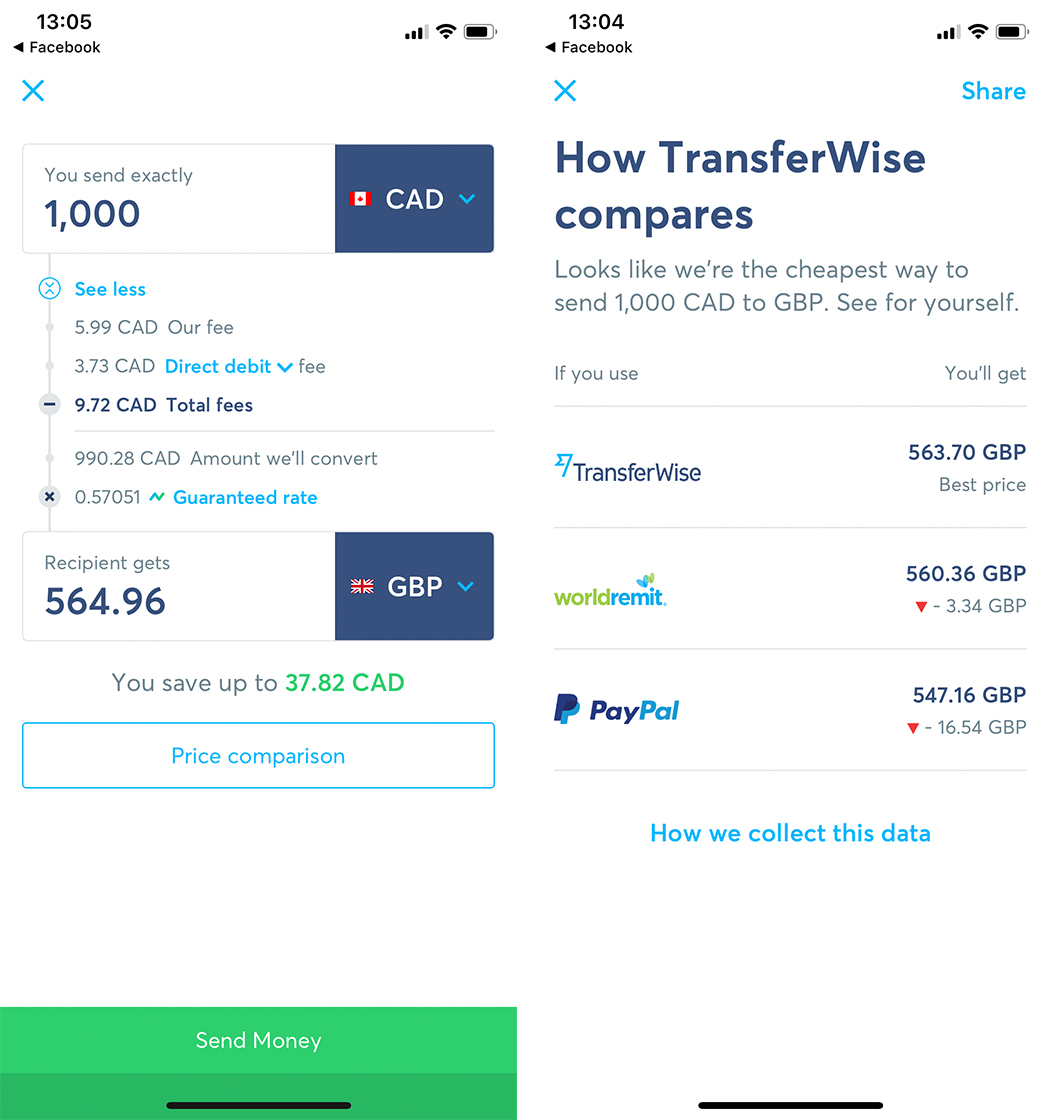 As for how TransferWise can achieve lower costs than everyone else? It’s actually rather interesting. The company has bank accounts in several countries around the world where money transfers go and come from.

Say you wanted to send money to someone in Britain. You initiate the transfer through the TransferWise app. The app would locally transfer your Canadian dollars to the Canadian TransferWise account — kind of like an e-transfer.

You can do all this through the company’s excellently designed mobile apps. Available on both iOS and Android, the TransferWise apps make it easy to sign in — through either Facebook or by creating an account — and start sending money.

From within the app, you can monitor your sent money, recipients and other account details. Further, you can signup for a TransferWise debit Mastercard to send money with zero fees.

For those concerned about security, Financial Transactions and Reports Analysis Centre of Canada (FINTRAC) and Authorité des Marchés Financiers (AMF) both regulate TransferWise in Canada.

On top of that, TransferWise sends email and app updates at every stage of the transfer process, so users always know where their money is.

If you want to try out TransferWise for yourself, you can download the app for free from the App Store or Google Play. To learn more about security, fees and other aspects of TransferWise, check out the website here.