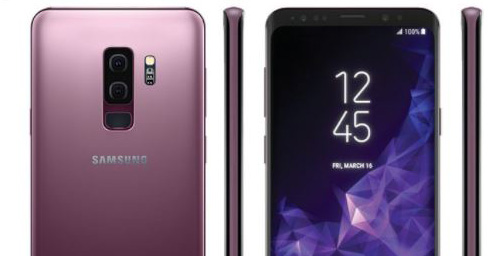 Samsung will unveil the Galaxy S9 at its Unpacked event on February 25th. With the event being only 20 days away, rumours continue to come out about the upcoming phone.

The latest leak centres around the colours of the Samsung Galaxy S9 and S9+. Prolific leaker Evan Blass unveiled the full colour lineup for the upcoming phablet. The colours are: ‘Midnight Black,’ ‘Lilac Purple,’ ‘Titanium Gray’ and ‘Coral Blue.’ Blass also tweeted a render of both S9 variants in the ‘Lilac Purple’ colour.

Another leak from @Hackersimar, a contributor to SlashLeaks, shows off alleged cases for both the Samsung Galaxy S9 and Galaxy S9+ and a charging accessory. The tweet shows off how cases would accommodate the camera setups of the two devices. The cases for the Galaxy S9+ appear to feature dual-lens cut outs. Meanwhile, the single Galaxy S9 case has a hole for a single lens. 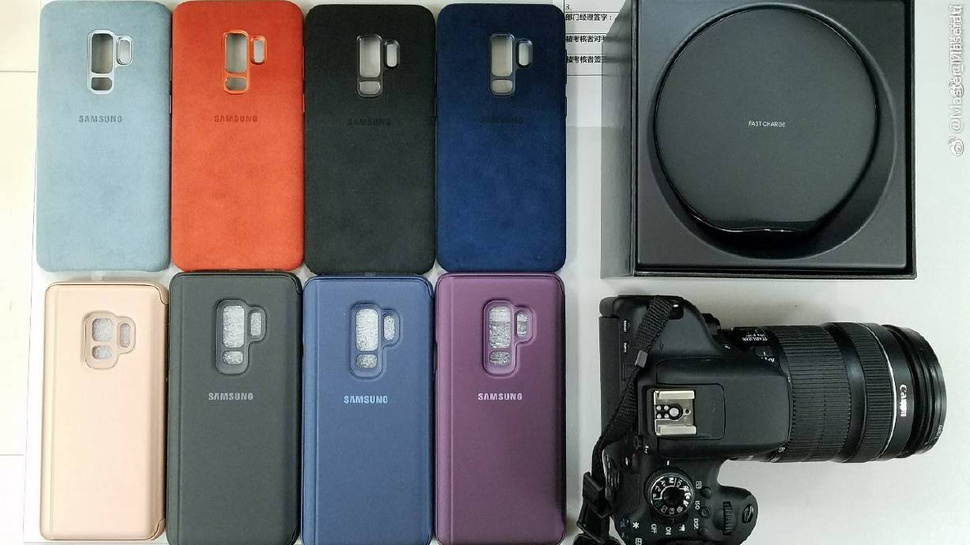 The case also shows that Samsung will place the fingerprint sensor below the camera setup, similar to the Samsung Galaxy A8.

The charging accessory, in the photo, says “fast charger” and looks to be some sort wireless fast charger for the device.

While theses cases look promising and colour options, nothing is absolute until Samsung unveils the Galaxy S9 later this month.