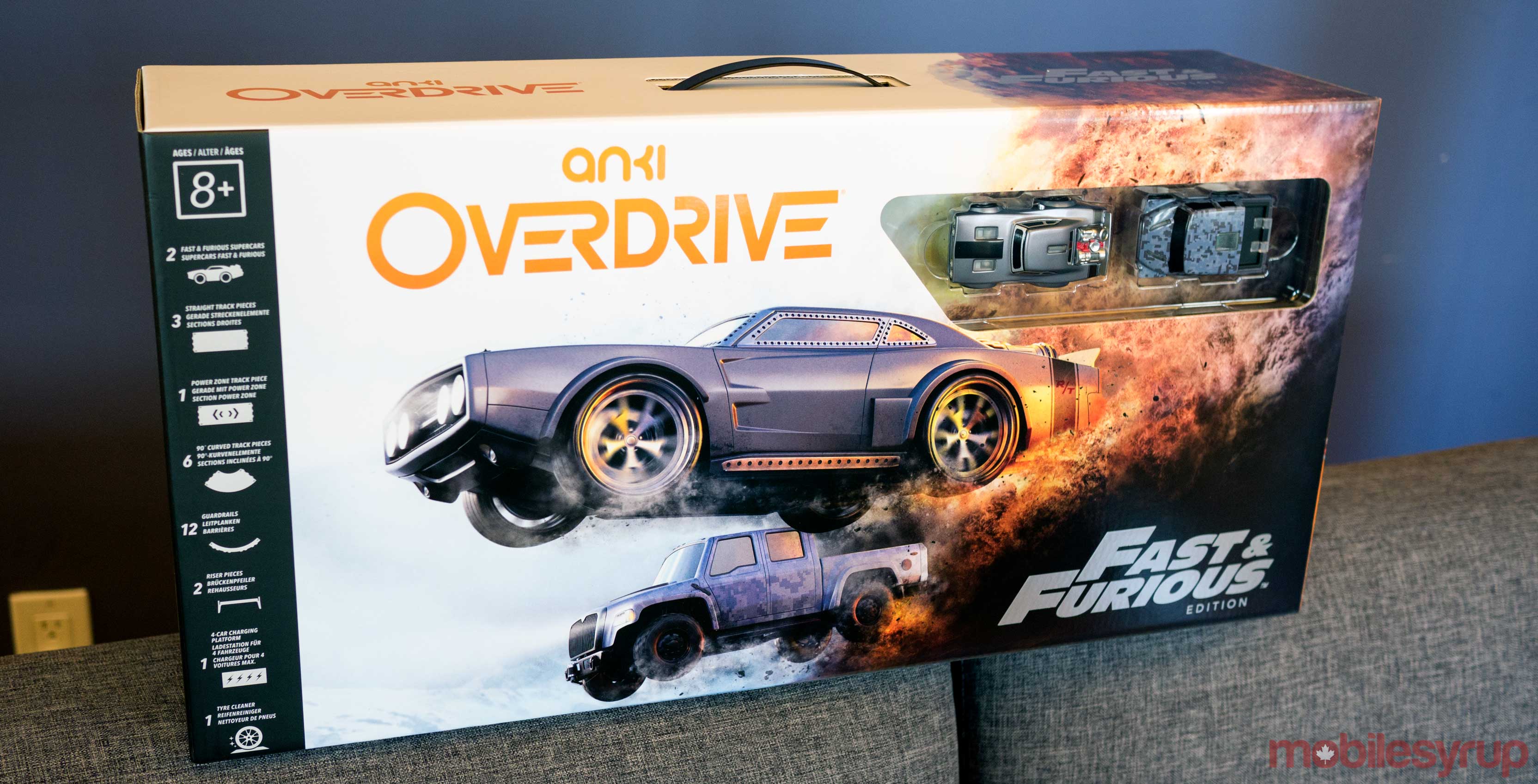 We’ll have more on the pack in the coming days — including a full hands-on — but until then, here’s a quick overview of Anki’s first licensed product.

The new starter package, which seems to take a page out of Sphero’s licensed toy playbook, features Anki AI-driven ‘Supercars’ based on vehicles from the Fast & Furious film series, as well as 10 customizable, individual track pieces that allow players to create various racetracks.

Anki says that the Fast & Furious-themed starter kit is also compatible with the company’s Supercars, ‘Supertrucks’ and various other Overdrive expansions.

Finally, since this is a Fast & Furious pack, the game features characters from the film series, including Dom, Hobbs, Letty and Tej, as well as an exclusive Power Zone track piece.

If you’ve never heard of Anki’s Overdrive toys before, think of them like classic slot cars, but for the connected smartphone era. Cars automatically drive around the track, and players are able use their smartphones to alter vehicle speed, as well as perform various Mario Kart-style attacks.