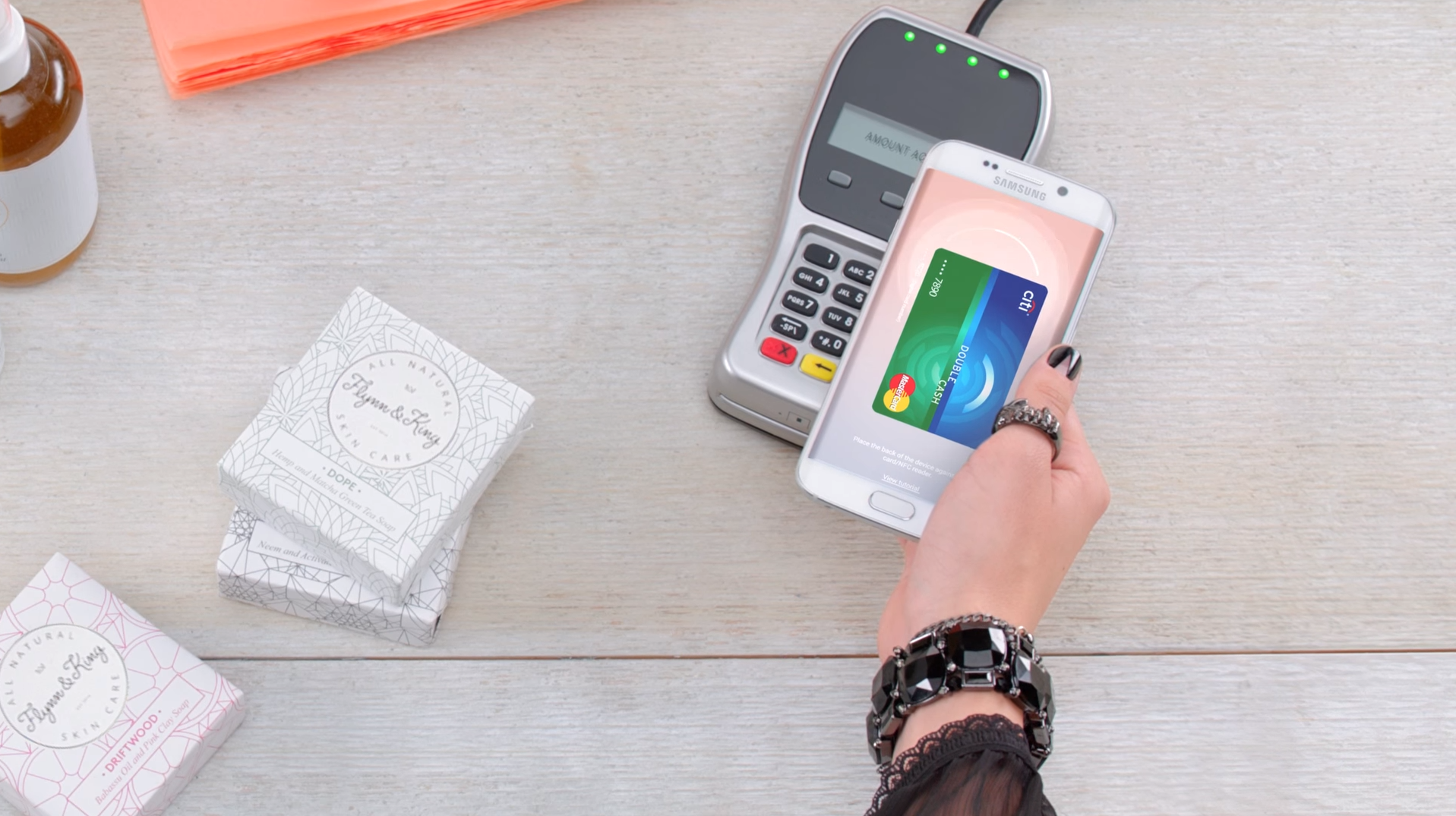 For almost the entirety of 2016, Samsung has promised to bring Samsung Pay, its mobile payments platform, to Canada before the end of the year. With less than two months before the calendar turns, the company has very little time to uphold its promise. However, a new screenshot taken within the Samsung Pay app suggests the launch of the platform may, in fact, be imminent.

The screenshot you see below was taken by enterprising Reddit user sticktoit360, who sideloaded the Samsung Pay APK onto their Galaxy S7 smartphone. Sticktoit360 wasn’t able to verify whether the tap and pay functionality of Samsung Pay actually works in Canada because they’re a BMO customer. 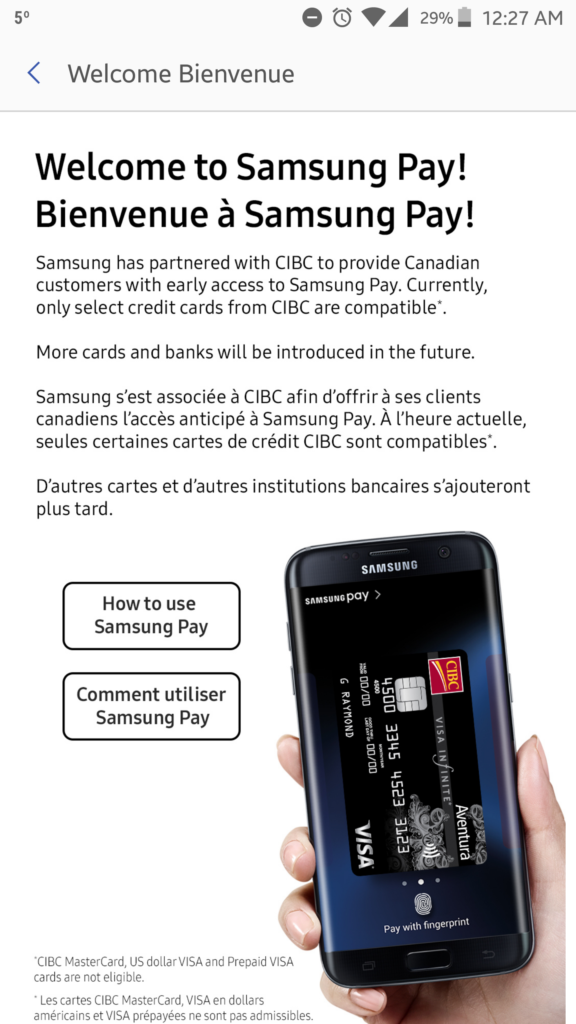 Note that screen says Samsung Pay is currently exclusive to select CIBC credit cards, which corroborates an earlier report from Android Central that said the mobile payments platform would launch in Canada with limited support for Visa cards issued by CIBC only. Based on that report, the mobile payment service’s launch in Canada has been delayed; Samsung Pay was supposed to start rolling out the first week of November, according to the report.

When MobileSyrup reached out to Samsung for comment shortly after that report came out, a spokesperson for the company had this to say: “Earlier this year, Samsung Canada confirmed Samsung Pay will be available in Canada in 2016. We remain committed to this plan and will share more details shortly.”

Once again, this news comes on the heels of solid indication that Android Pay, Google’s mobile payments platform, is reportedly scheduled to come to Canada before the end of the year.