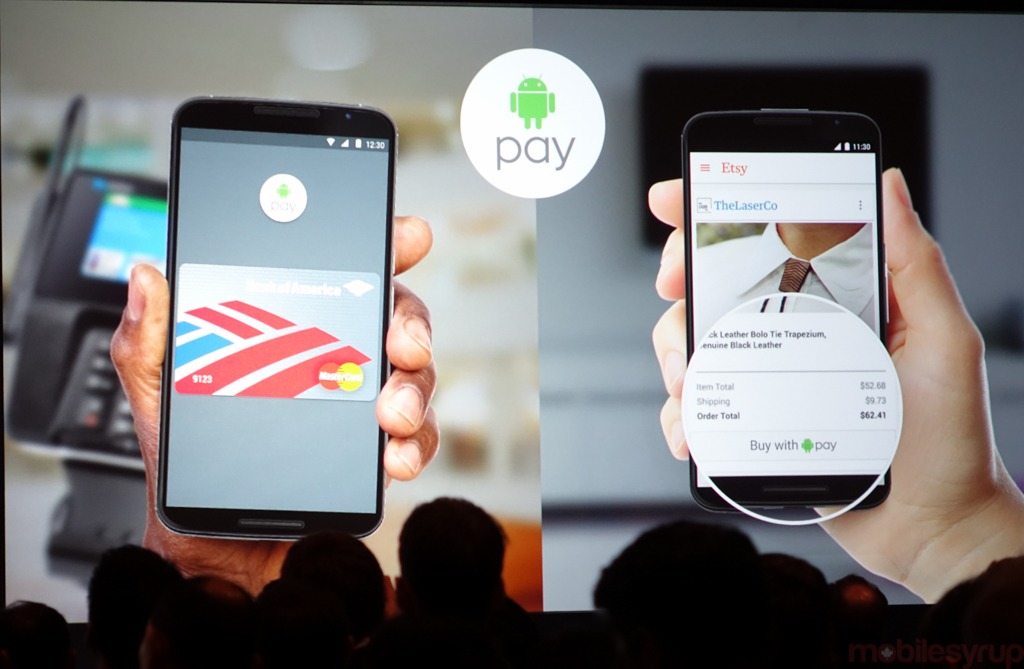 Snippets of code discovered by 9to5Google in the latest release of Android Pay, version 1.7, suggest Android Pay may be on its way to Canada.

The new version of the app features references to Interac, Canada’s largest debit card network, which suggests Canadian Android users may soon be able to add their debit card to the app for use with mobile payments. All the major Canadian banks, including CIBC, TD Canada Trust, Scotiabank, BMO and RBC support the Interac standard. However, we may not see all the banks support the platform at once, at least not initially.

The code snippets don’t provide a specific Canadian launch date, though, for what it’s worth, 9to5Google says it has spoken to a source who says the platform will launch here this fall.

Apple’s mobile payment solution Apple Pay launched in Canada last May and in the subsequent months that followed, almost all major Canadian banks have added support for the transaction format.