Apple pulls Launcher app that makes iOS too much like Android 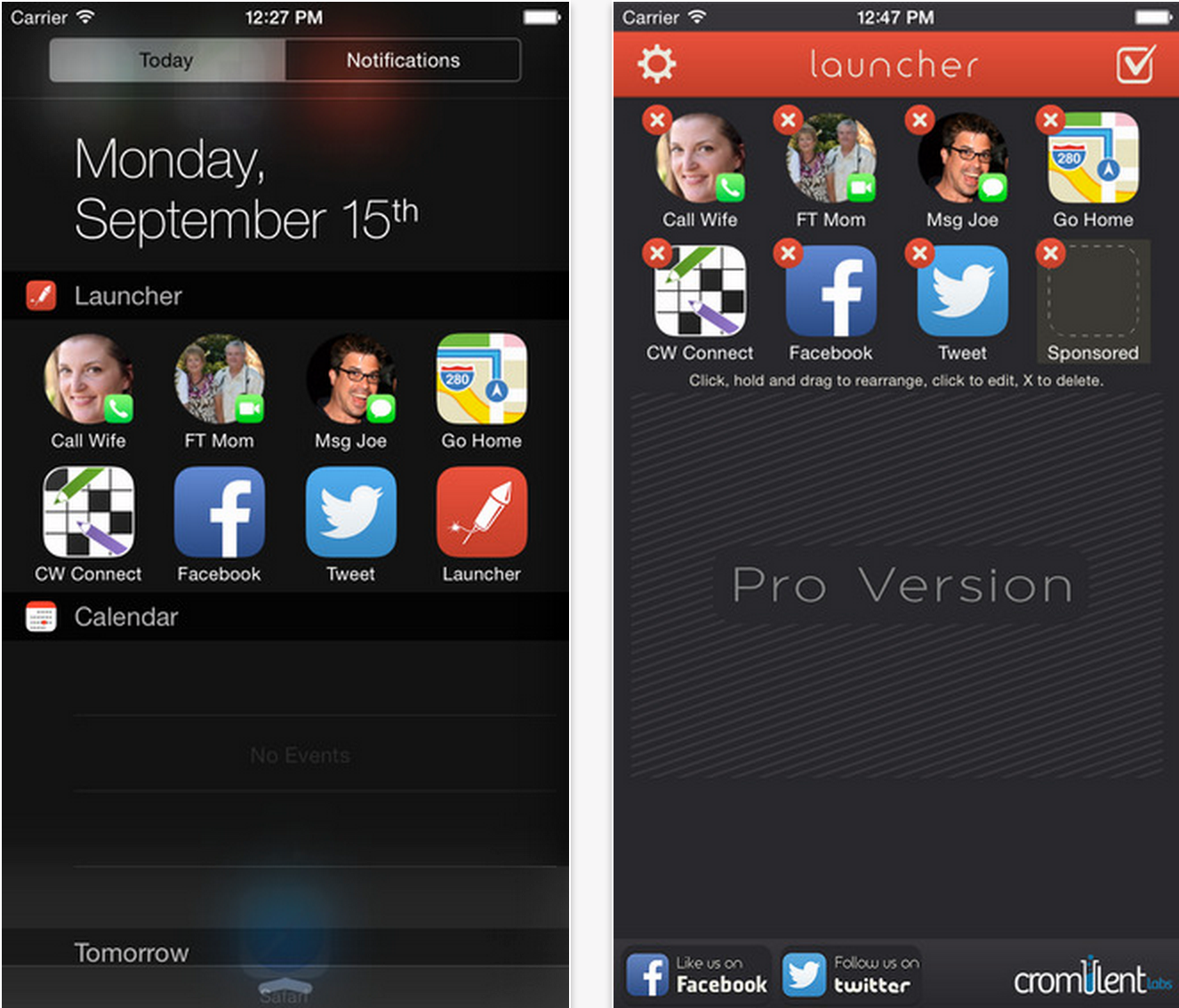 Apple has pulled an app that launches apps from the new iOS 8 ‘Today’ widget screen.

Dubbed Launcher, it was approved by Apple for a brief period last week, allowing users to add a widget that performs functions otherwise be relegated to the static home screen.

Though Apple doesn’t explicitly ban widgets that launch other apps, it discourages developers from recreating experiences that are naturally performed elsewhere in the operating system. Launcher’s creator, who said it was downloaded over 300,000 before being pulled, tried to make changes to the widget to suit Apple’s approval team but the modifications were rejected and the app was subsequently taken down.

If Apple ever publicly explains why it removed the app, it will likely be for security reasons, as it doesn’t want primary processes like app launches coming from within other apps; all hooks need to be performed through sanctioned APIs.

But an app like Launcher being pulled from the App Store reinforces Apple’s policy not to allow modifications to the home screen itself, which would appear more like Android’s more open way of doing things.