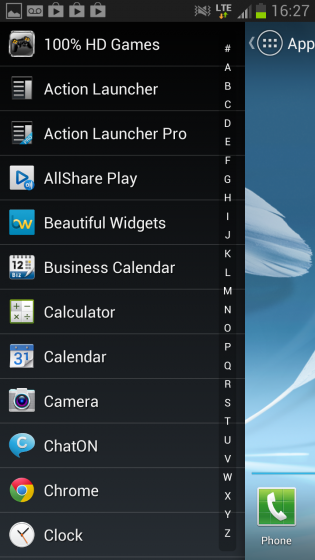 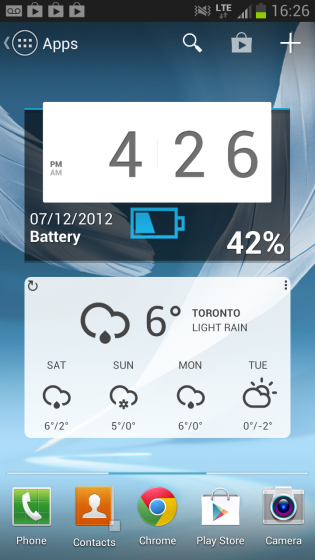 There’s a new launcher in town, and it’s from the creator of now-defunct-but-still-awesome Tweet Lanes. Chris Lacy, the Australian one-man Android development studio, has released Action Launcher after a long period of teasing.

Available for $3.99 from Google Play, it finds a nice balance between the separate app drawer traditionally found in stock Android and other launchers like Apex and Nova, and the launcher-less design of MIUI. Using gestures, the “action” drawer is always available by swiping your finger in from the left side of any home screen.

You can still outfit your home screens — up to seven in total — with apps and widgets, and they’re easy enough to add. But the main feature here is something Lacy calls ‘Covers’, which he believes are the natural extension of folders. You create Covers by going ahead with making a regular folder and then “embedding” the secondary and tertiary apps within the main icon. It sounds confusing, but it’s actually a great idea. Lacy gives practical examples of how Covers may be used: tapping on the Contacts icon once opens the app itself; double-tapping the icon opens up a hidden folder with your favourite contacts. You can do the same with Chrome and browser bookmarks, Settings and specific menus, and more. The list is endless, but the implementation is a bit hokey at the moment. According to Android Central, Lacy has promised to improve the Covers workflow in a coming update.

For $3.99, Action Launcher may not offer as much value as more mature and feature-heavy launchers like Nova and Apex, but knowing the quick development process of Tweet Lanes, Lacy’s defunct Twitter client, it should improve quickly. It would be nice if there was a free Lite version for users to test drive the functionality, but we can’t have everything, can we?

Action Launcher 3.5 adds to its feature roster with Quickbar

Link Bubble is Chat Heads for links, and it’s amazing