The vote focused on ActiveTO and took place on June 15th 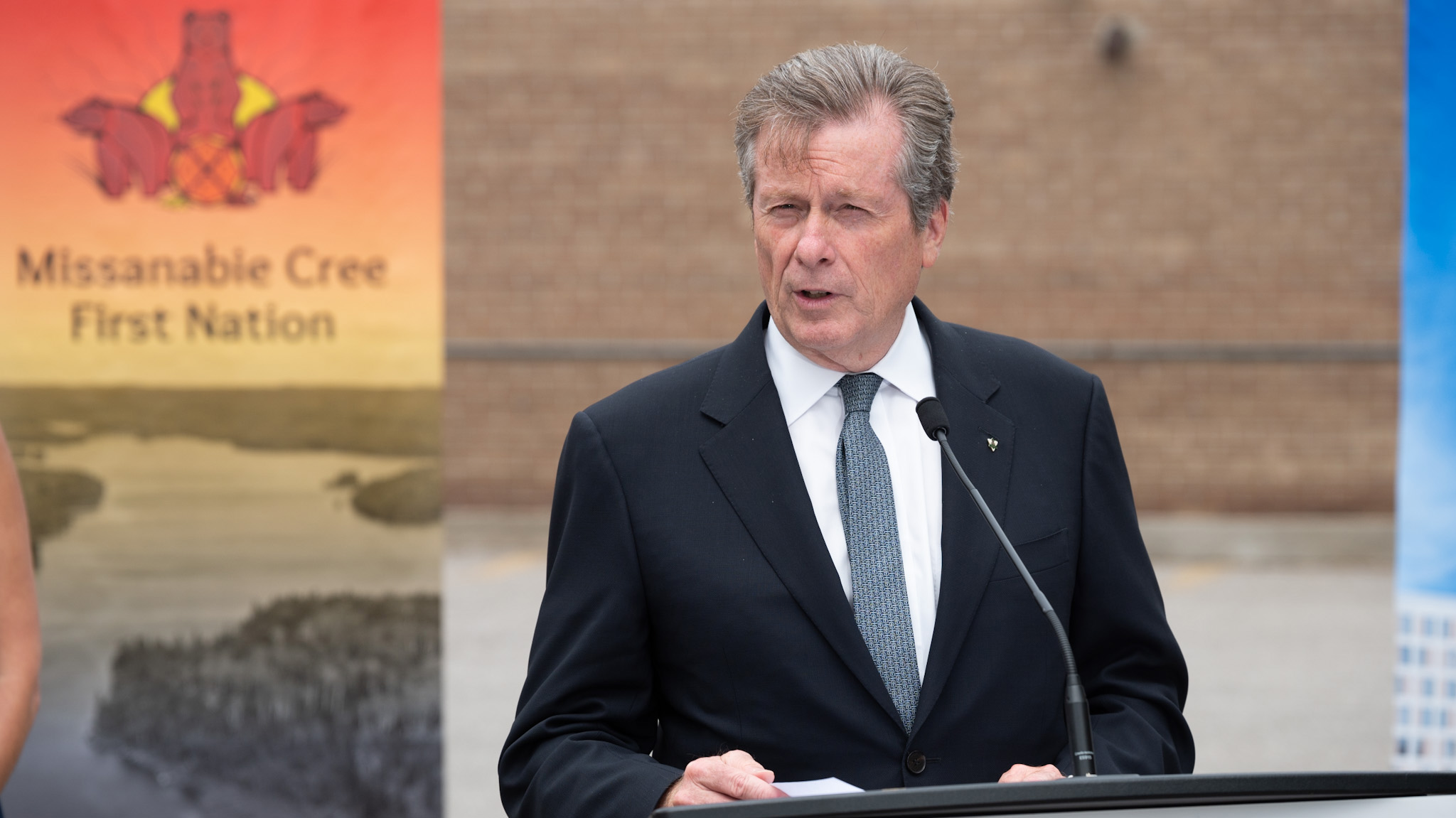 Toronto Mayor John Tory is facing an investigation over his connections to Rogers.

According to the Toronto Star, Adam Chaleff filed a complaint to the City’s integrity commissioner, Jonathan Batty. Chaleff is asking the commissioner to investigate if Tory’s involvement with the company put a vote he made in council last month under a conflict of interest.

During the pandemic, the City established the ActiveTO program, closing off certain streets to cars and giving space to pedestrians and other outdoor enthusiasts. Lake Shore Boulevard West was one of the impacted roads.

On June 15th, council voted to continue with ActiveTO on Lake Shore Boulevard West by treating it as a special event. Its closure would be planned in advance and advertised, and the road wouldn’t close every week.

Prior to the vote, Mark Shapiro, president and CEO of the Toronto Blue Jays, publicly asked the City to stop regularly closing the road as it made it difficult for fans to attend games.

According to the Star’s reporting, Tory is part of the advisory committee for the family trust that controls Rogers. Tory has held the role since 2010 and receives $100,000 a year. Chaleff alledges Tory had a financial interest in the matter. He further alleged the mayor violated the Municipal Conflict of Interest Act when he voted to approve changes to ActiveTO that wouldn’t frequently close Lake Shore Boulevard West.

Integrity commissioners work to oversee the conduct of elected officials and conduct investigations into allegations filed against them. Batty confirmed he has launched an investigation.

Breaking: City integrity commissioner has confirmed he has launched an investigation into Mayor John Tory's ties to Rogers, following a complaint alleging the mayor was in a conflict of interest over a vote last month on ActiveTO. Story at the Star shortly.

“This vote was about a city program that the mayor introduced and championed throughout the pandemic and this was a very broad public issue involving all road users in the city,” spokesperson Don Peat told the Star.

Update 29/07/2022 10:26am ET: The article has been updated to confirm the integrity commissioner has launched an investigation.