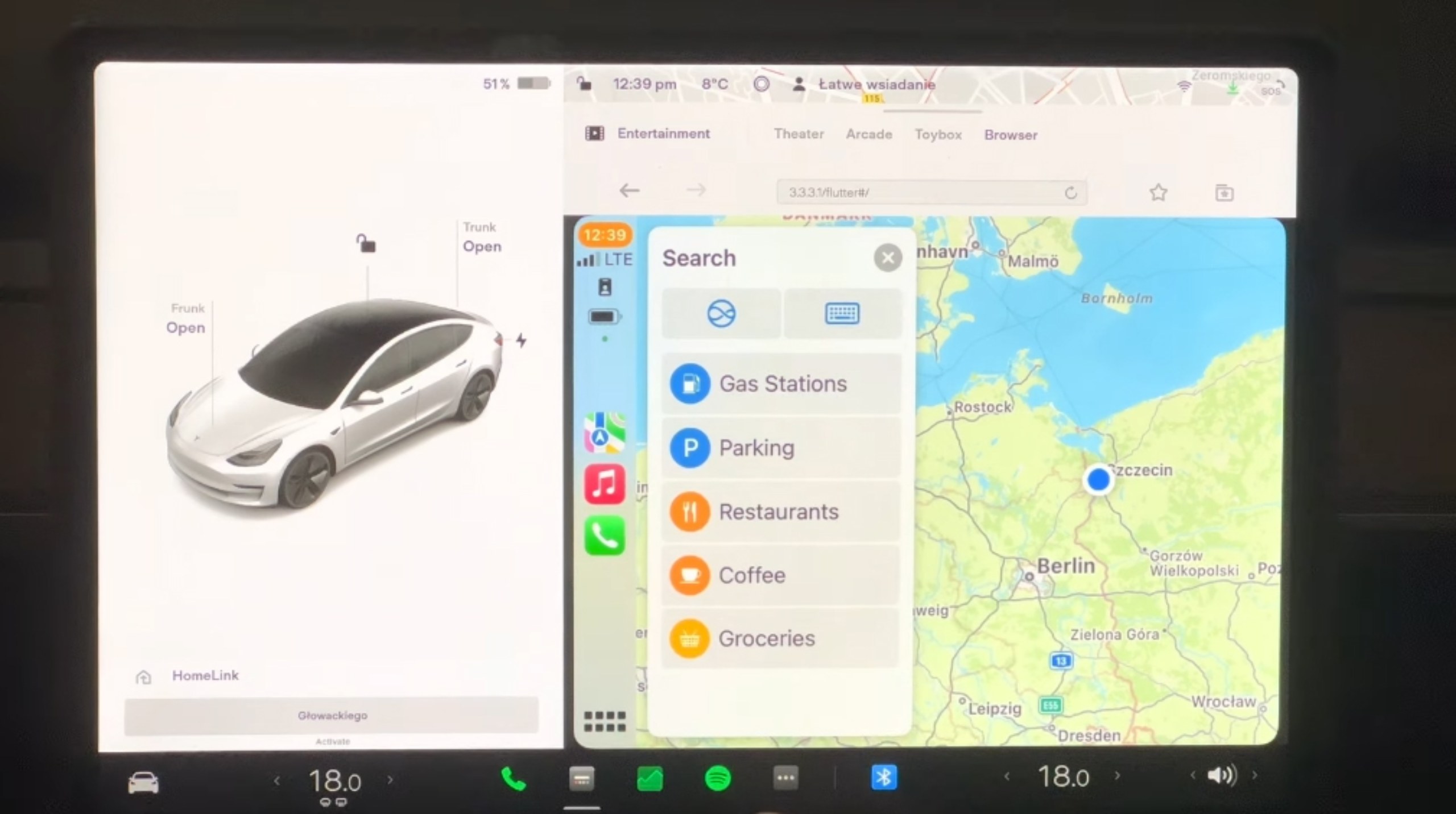 Tesla Android Project, a hack designed to bring Apple CarPlay to Tesla, has been updated. Developed by Polish coder Michał Gapiński, the new version enables the software to be used across all Tesla models.

Gapiński has launched ‘version 2022.25.1’ of the Tesla Android Project. According to the developer, the update adds “100% functional ‌CarPlay‌ integration for any Tesla.” Users can also expect the update to provide bug fixes as well as bring new features to the table. The software is available on GitHub.

Users can navigate the in-car browser to connect to a Rasberry Pi and utilize the CarPlay interface. On the Tesla screen, users can interact and use Apple apps such as Maps and Apple Music. Based on Gapiński’s demo, all apps are in functional order and use CarPlay as intended. CarPlay is fully operational when the vehicle is in motion. Additionally, the steering wheel’s media buttons control eligible apps as well.

The biggest takeaway is that Tesla Android Project is now available to use across all Tesla models. In order to use the workaround, Gapiński states it requires the use of a Raspberry Pi with an LTE modem, and a Wi-Fi access point with a custom Android-based firmware. It also requires a micro-HDMI to HDMI cable and ethernet.

While Apple’s CarPlay software is available on many electric vehicles, Tesla is one of the few to not offer official support. Many core Apple users have requested native support. However, it does not appear to be a priority for Tesla CEO Elon Musk or the company at large.

During Apple’s Worldwide Developers Conference (WWDC), the company announced its next-generation of CarPlay support. In the near future, CarPlay will support multiple displays, onboard climate controls for temperature, and more. By late 2023, many partners will support the new CarPlay experience, including Ford, Honda, Mercedes-Benz, Nissan, and others.