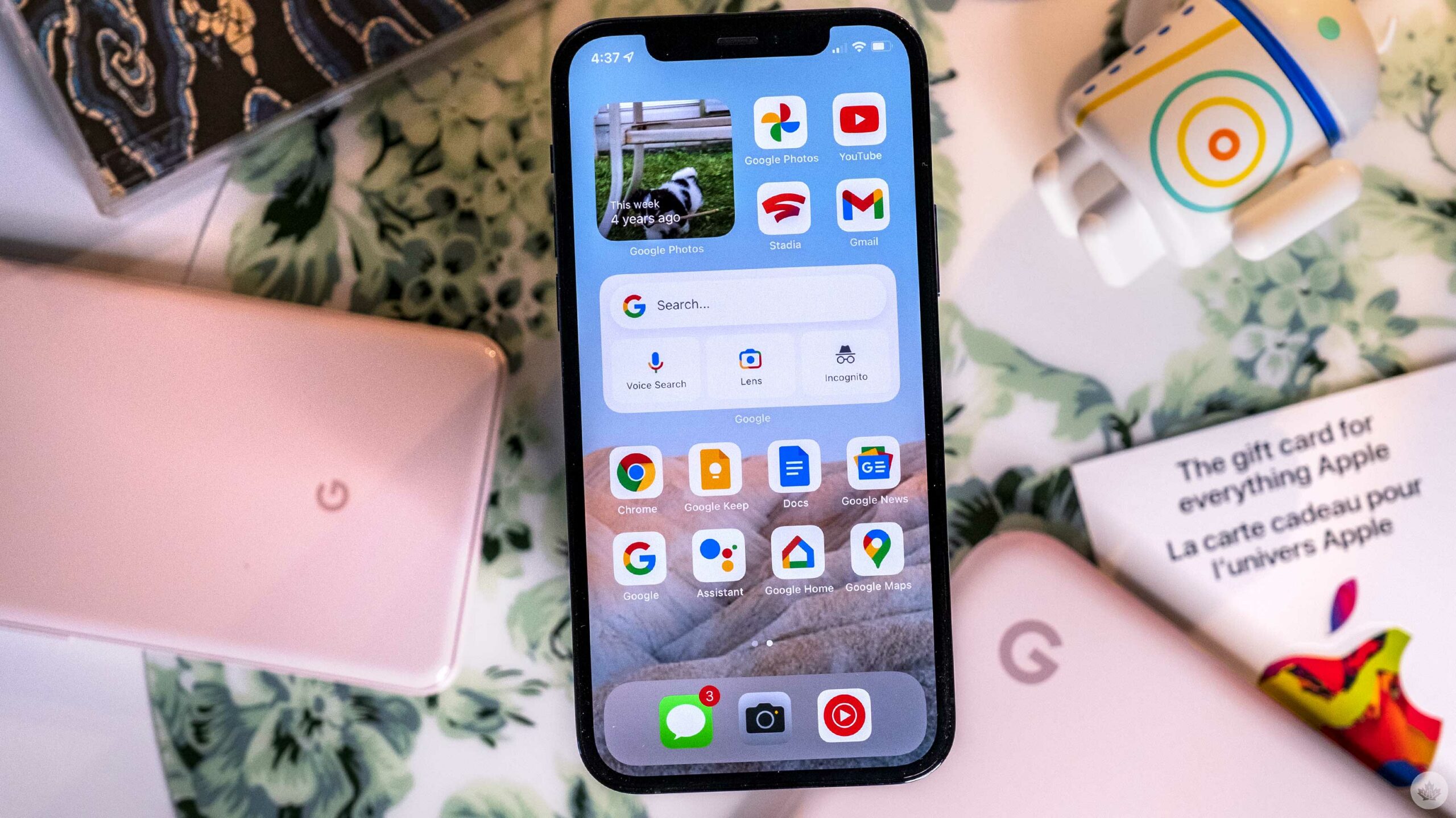 Google has published a new blog post focused on turning your iPhone 13 series device into a Google-powered smartphone.

If I were Apple CEO Tim Cook right now, I’d be firing interns or breaking weird Apple Pizza trays in the cafeteria over the blatant disrespect.

The post comes from Google’s head of iOS, Luke Wroblewski, who by all accounts seems like a massive fan of Apple’s products based on his Twitter account, but somehow works for Google CEO Sundar Pichai’s house of AdSense.

Right off the top, the article explains how Google offers several iOS widgets that show off Google Photos highlights, Google Fit updates, what’s playing on YouTube Music or a quick search on Google Maps. The real slap in the face, though, is that in this screenshot, Google placed Gmail and Google News on the homepage and used a default Apple wallpaper.

Don’t even get me started on the three pinned apps in the bottom bar — seriously, don’t.

After the unholy hypocrisy that is the first 153 words of this so-called blog post, we get to a second screenshot filled with so many Google widgets that it makes the Android user inside of me more than a little perturbed given the widgets featured in Google’s mobile operating system still look like they’re stuck in 2015 — at least for now.

When I started writing this story, I assumed Google had some insightful improvements for iPhone users who prefer Google apps, but nothing in the blog post is actually new.

At one point, the post even outlines to users how to create iOS Smart Stacks, and at the very end, it explains how to set Chrome as your default web browser. It also mentions that Chrome then integrates into Spotlight search, which might help you default into Google’s apps instead of Apple’s a little more.