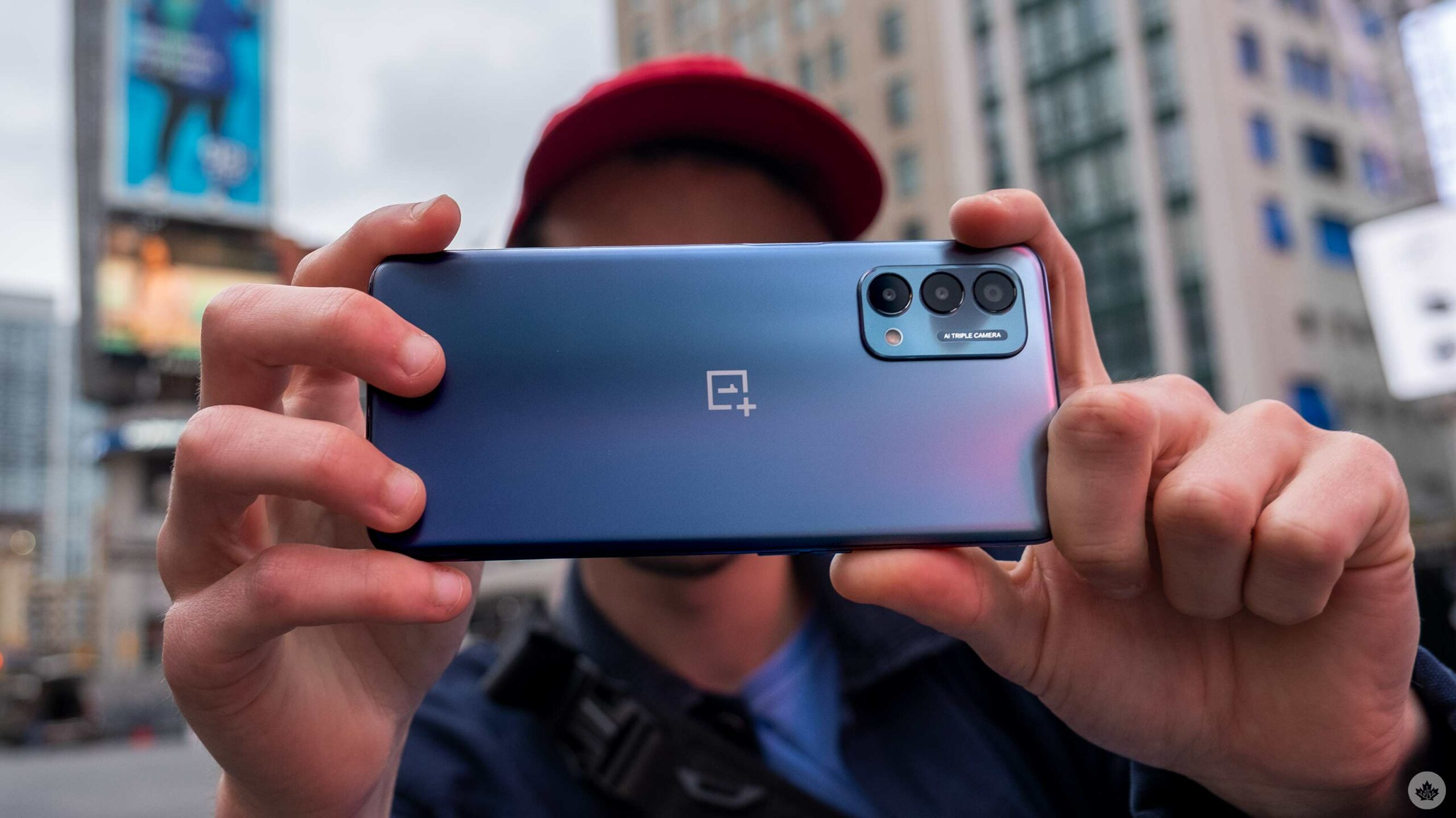 OnePlus is back with another low-cost phone for Canadians called the OnePlus Nord N200 5G.

There’s a lot to love about this budget phone given that it offers so much for such a low price. However, keep your expectations in check because there’s a pretty noticeable difference between being able to do something, and doing it well.

I’ll also preface this review with the fact that I was unable to get my SIM card working in the phone. I’m with Koodo, and when I put in the sim card, the 4G logo appears, but then quickly disappears. I can make calls and send texts, but for some reason, data doesn’t work. I’ve been working with OnePlus on a fix, but so far, I haven’t found a solution.

This OnePlus chart shows what bands and carriers this phone works with.

If you know for certain the Nord N200 5G works with your Canadian carrier (see the chart above), this isn’t an issue. Still, it’s definitely something worth keeping in mind if you’re considering this smartphone.

Where the value lives 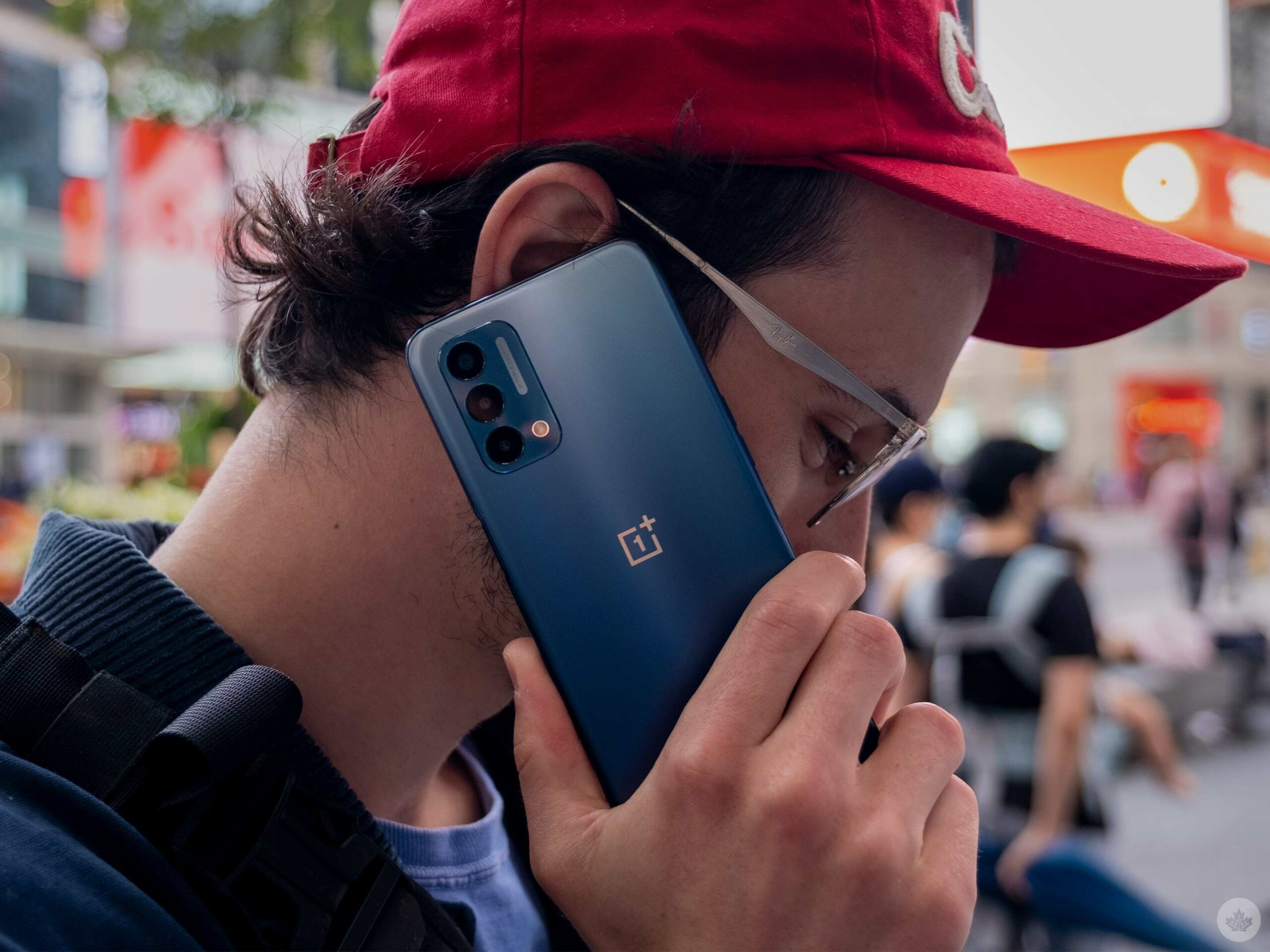 Out of all the sub $400 phones I’ve used, the Nord N200 is easily the most responsive. It’s not Snapdragon 888-level or even comparable with flagships from 2020, but the day-to-day usability is good. Even when there is a bit of lag, it’s usually brief.

All of this is because the phone features a Snapdragon 480 5G chipset and 4GB of RAM. The 90Hz display also helps make the phone feel smoother than your average $300 handset. A slightly better processor would have helped the Nord N200 feel more modern, but as I said above, its performance is admirable for such a cheap device.

The display measures in with a 1080 x 2400 pixel resolution and a 6.49-inch panel with 406 pixels per inch (ppi). While its screen isn’t as colour-accurate as the OnePlus 9 Pro, for example, I still found it looked pretty good and didn’t have any significant issues with it. 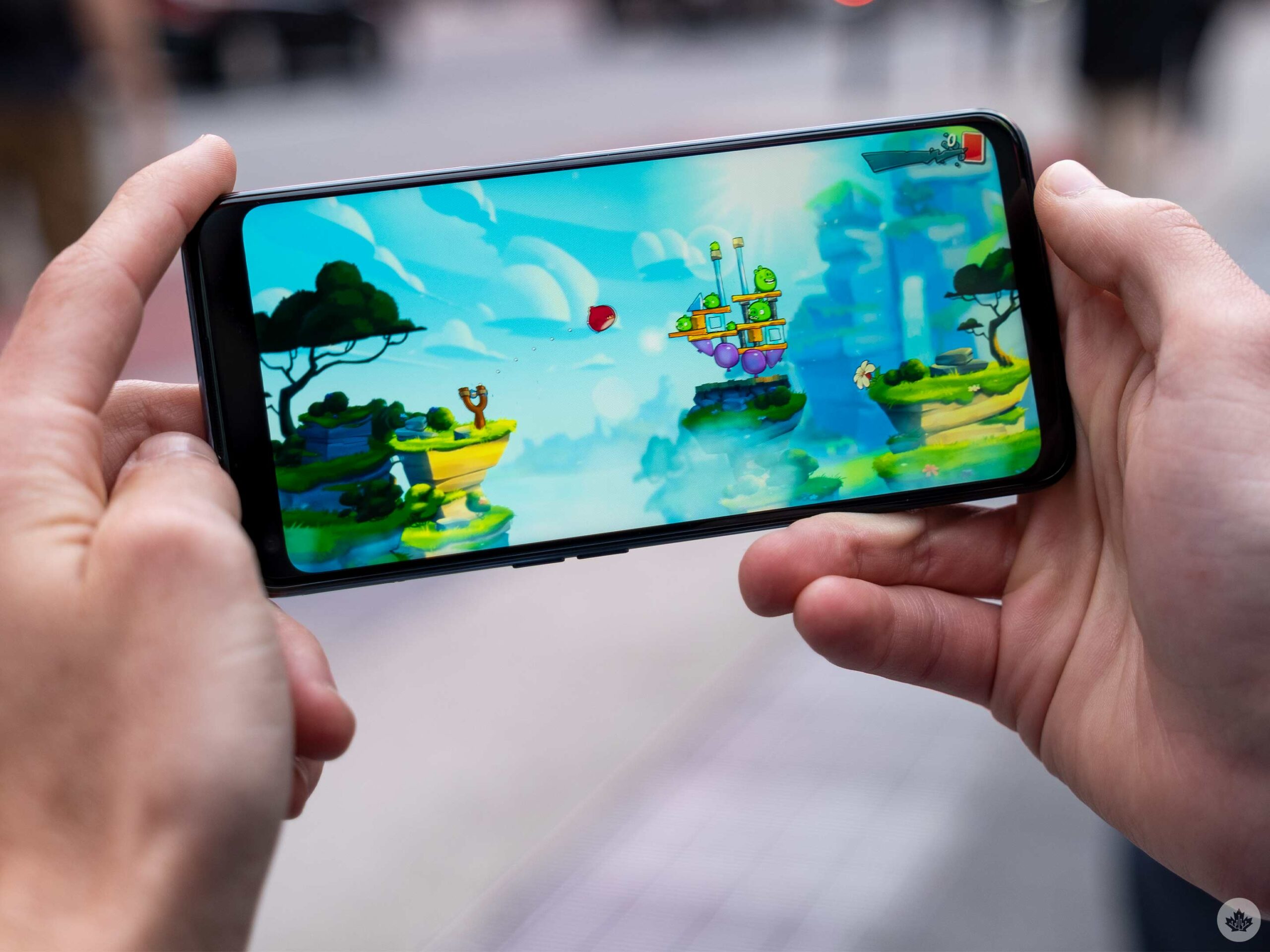 What surprised me the most was the ability to play games without any noticeable lag. From Angry Birds 2 to COD: Mobile, the N200 just keeps performing. It’s weird that the phone would occasionally lag a bit when navigating the home screen or performing other simple tasks, but once it’s in gaming mode, it just works. I’m not suggesting that gamers should all run out and get this phone, but for kids who like to game, it could be a good starter phone.

The Nord N200 5G also includes 18-watt fast charging, a nice feature to have, for sure, but it’s not as much of a selling feature as the ultra-fast 65-watt charging the company includes with its flagships. That being said, the 5,000 mAh battery lasts a really long time, so you can get a day or more between charges in some cases.

It’s also worth noting that the smartphone features a side-mounted fingerprint scanner. This is a first for OnePlus, and it works well here. It’s not as convenient as an in-display reader, but it’s fast, and so far, I find that it opens on the first or second press.

I was also surprised by the quality of the N200’s built-in speakers. They aren’t mind-blowing, but the stereo speakers get decently loud, and they don’t feature much distortion. For those that still care, the N200 has a 3.5mm headphone jack too. 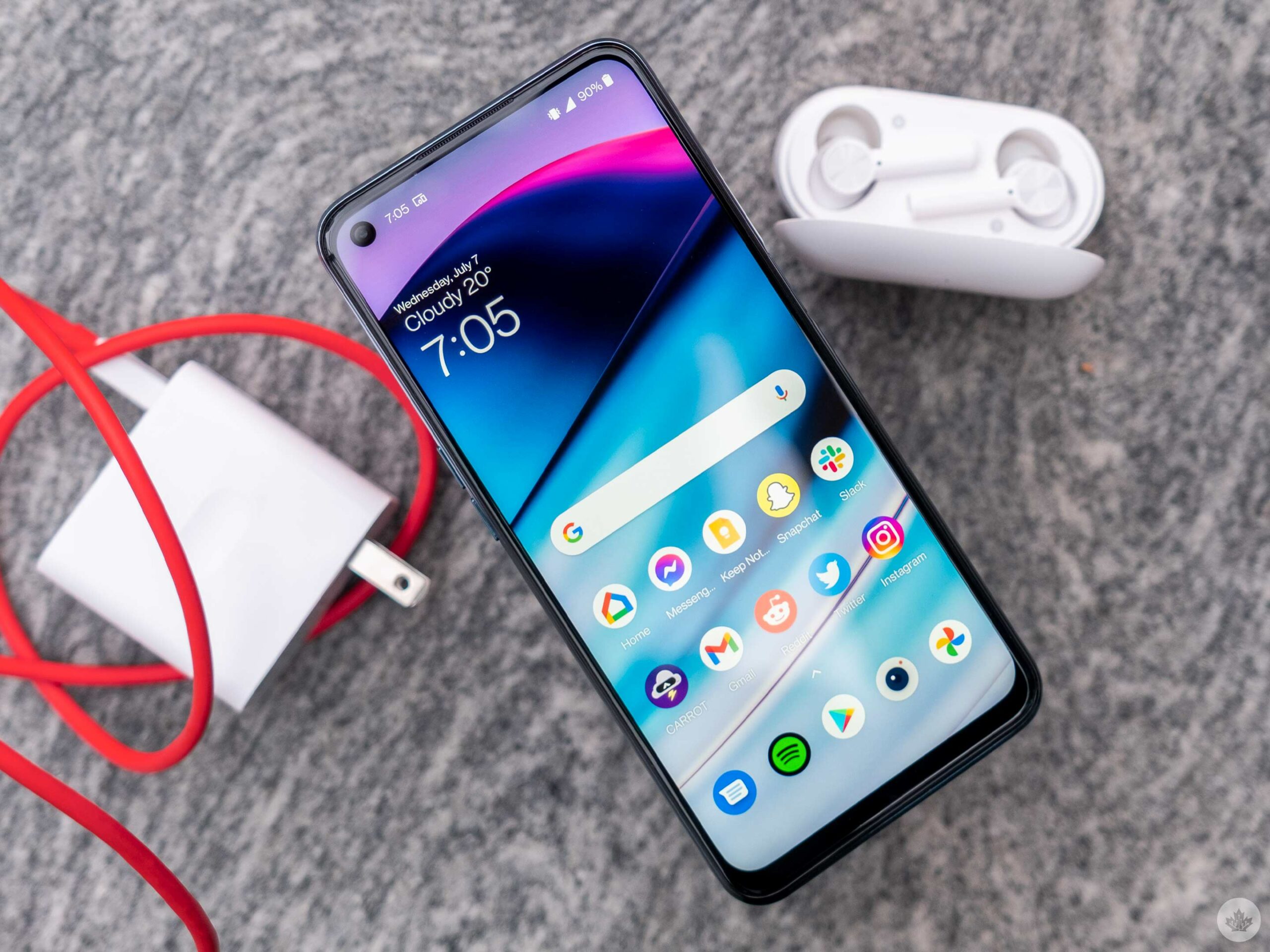 While overall the phone works well enough, once you start using the N200 5G, you’ll immediately notice that it’s a lower-end device.

The first hint is that its haptic engine sucks. Haptics are one of the subtle things that people don’t notice if they’re good, but will definitely take note of if they’re bad. With the N200, the haptics are too powerful and make typing feel like the phone is fighting back against your touch. With a $300 phone, I wouldn’t normally point out random stuff like this, but good haptics would go a long way towards making the N200 feel more mid-range and less low-end.

The other give-away that the N200 is lower-end is its plastic design. It definitely looks better than both the N100 or N10 from last year, but it’s undeniably cheap, and the Gorilla Glass 3 on the screen doesn’t feel very glassy. The rear of the device is a little better since it features a nice matte finish, but the Blue Quantum colour is pretty boring compared to the fun blue or the real Nord line. 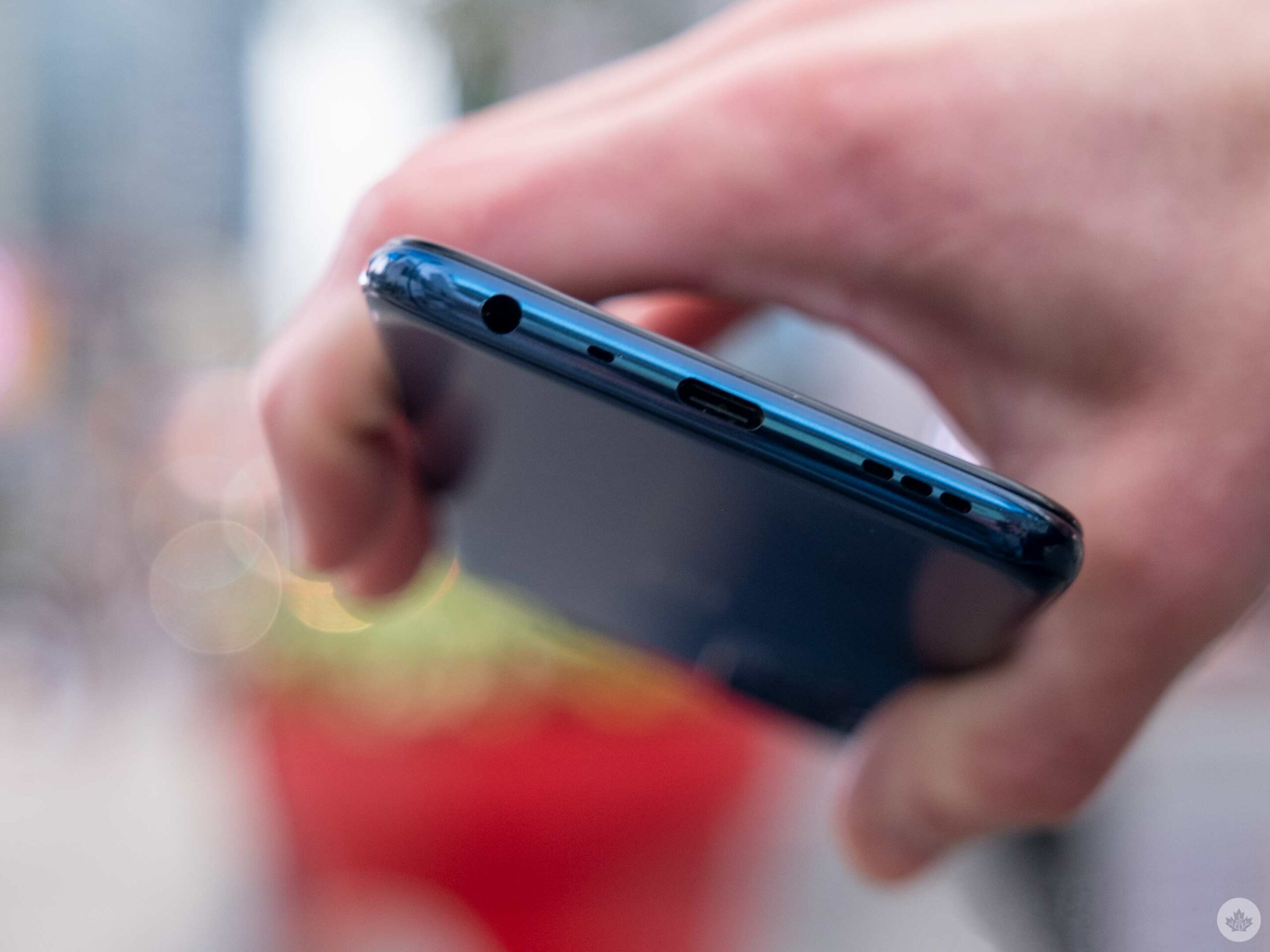 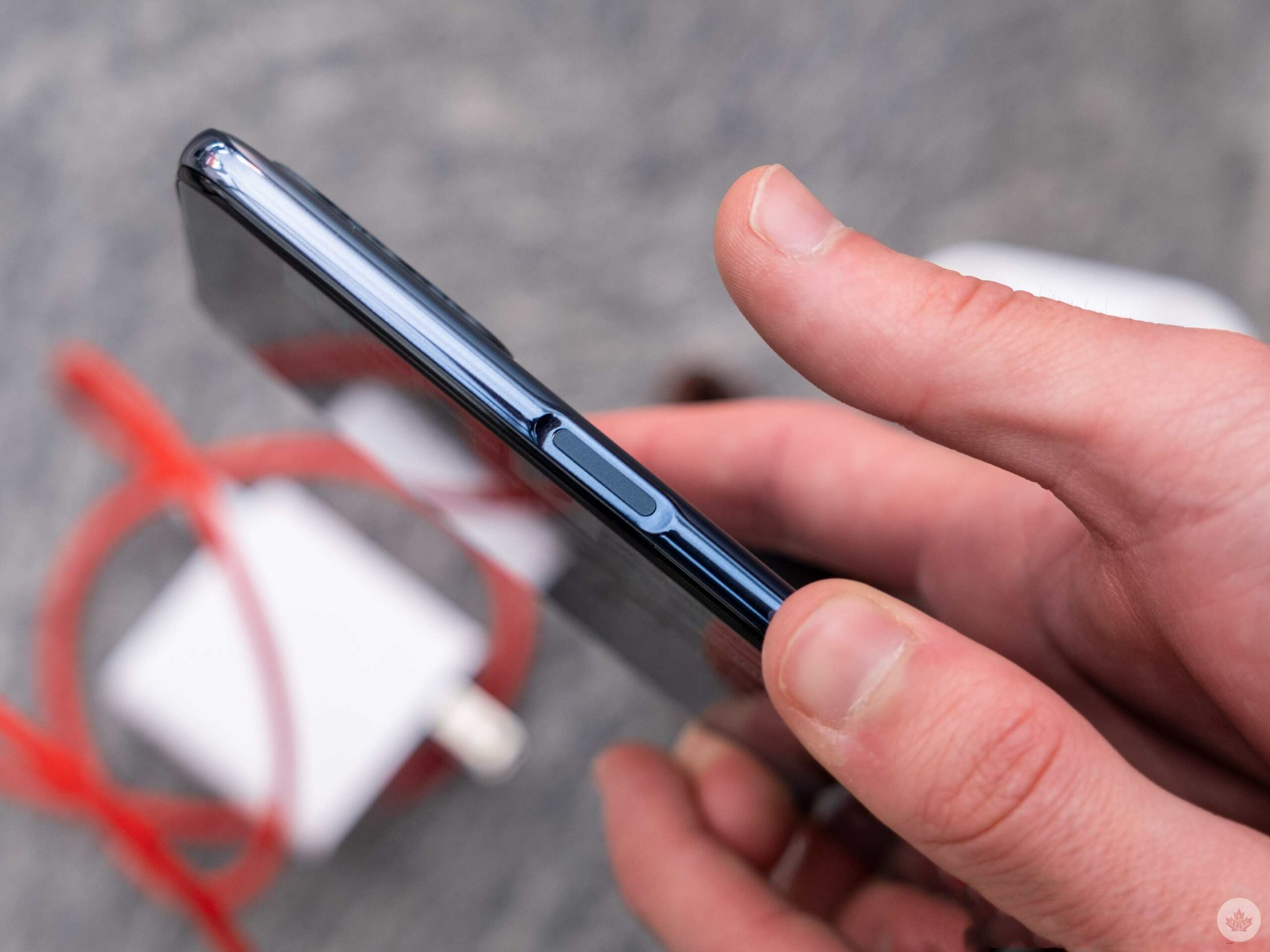 One thing that you won’t notice right away either is that the phone is only slated for a single major Android update. Since it’s currently running Android 11, the N200 will only ever a single upgrade to Android 12 and won’t get Android 13. OnePlus says the device will still receive three years of security updates, but that’s it.

OnePlus has also opted to remove its trademark mute switch from the N200. I’m sure that OnePlus fans aren’t happy with this, but t seems like a logical corner to cut on a phone priced this low. 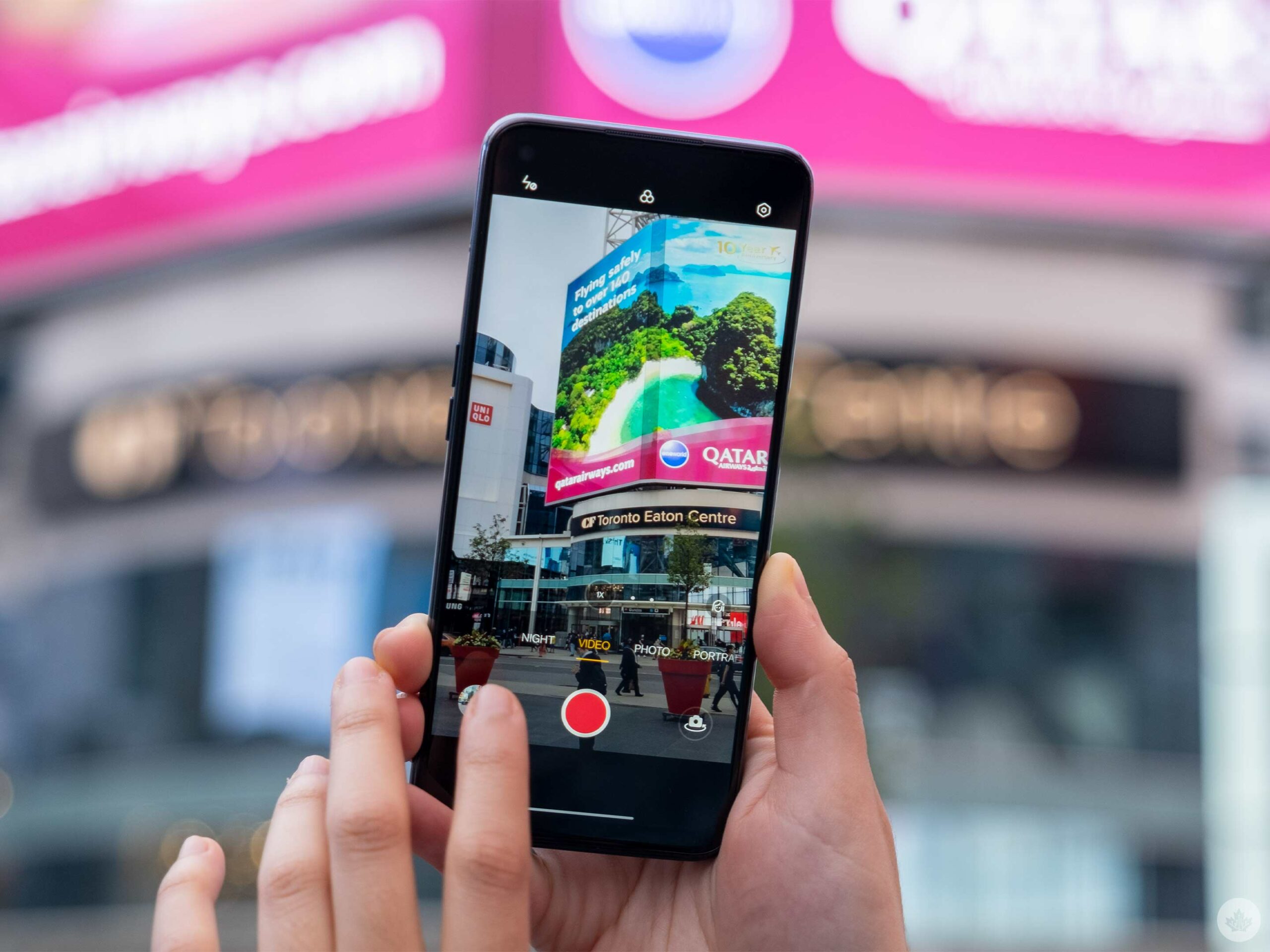 The Nord N200’s camera is another letdown in both quality and speed.

The array features a regular lens, a monochrome lens and a macro lens, but they all snap pictures that look too smooth. Plus, for some reason, the Macro lens doesn’t turn on automatically when you get really close to a subject. Instead, you need to manually enable it, unlike other OnePlus phones.

“The weirdest part about the selfie cam is that there are literal sliders to soften your face, increase the size of your eyes, decrease your nose and make your face thinner overall.”

The first real issue is that sometimes the camera features a bit of shutter lag when you try to take a picture. Sometimes it’s fine, but it’s not fun playing a guessing game of “is my camera going to work or not?” What’s weird about this is the camera will show you a preview of an image that looks fine, but then once you dive into the gallery to inspect it, you’re greeted with a blurry mess.

The phone is also unable to render the HDR image on the display when you’re taking a picture, so often, photos will look slightly different. This doesn’t take away from the experience, but it’s something to be aware of.

Then, once you actually take the picture, it’s a bit of a crapshoot. Sometimes the colours are really muted and sometimes they’re super vibrant, but most of the time, unless you have 100 percent perfect lighting, the images turn out soft. This means you lose a lot of detail whenever you zoom in or crop a picture.

You can still get decent pictures that feature great colour in daylight if you stay very still, but I wouldn’t bank on being able to zoom in or crop them. You’ll also likely want to have an editing app on hand to fix the camera’s mistakes.

Portrait mode was fine as well, but the focus dropoff wasn’t overly natural-looking, so I wouldn’t expect to snap many great photos with that mode unless you want to take a lot and hope trial and error will work to cut out your hair cleanly. 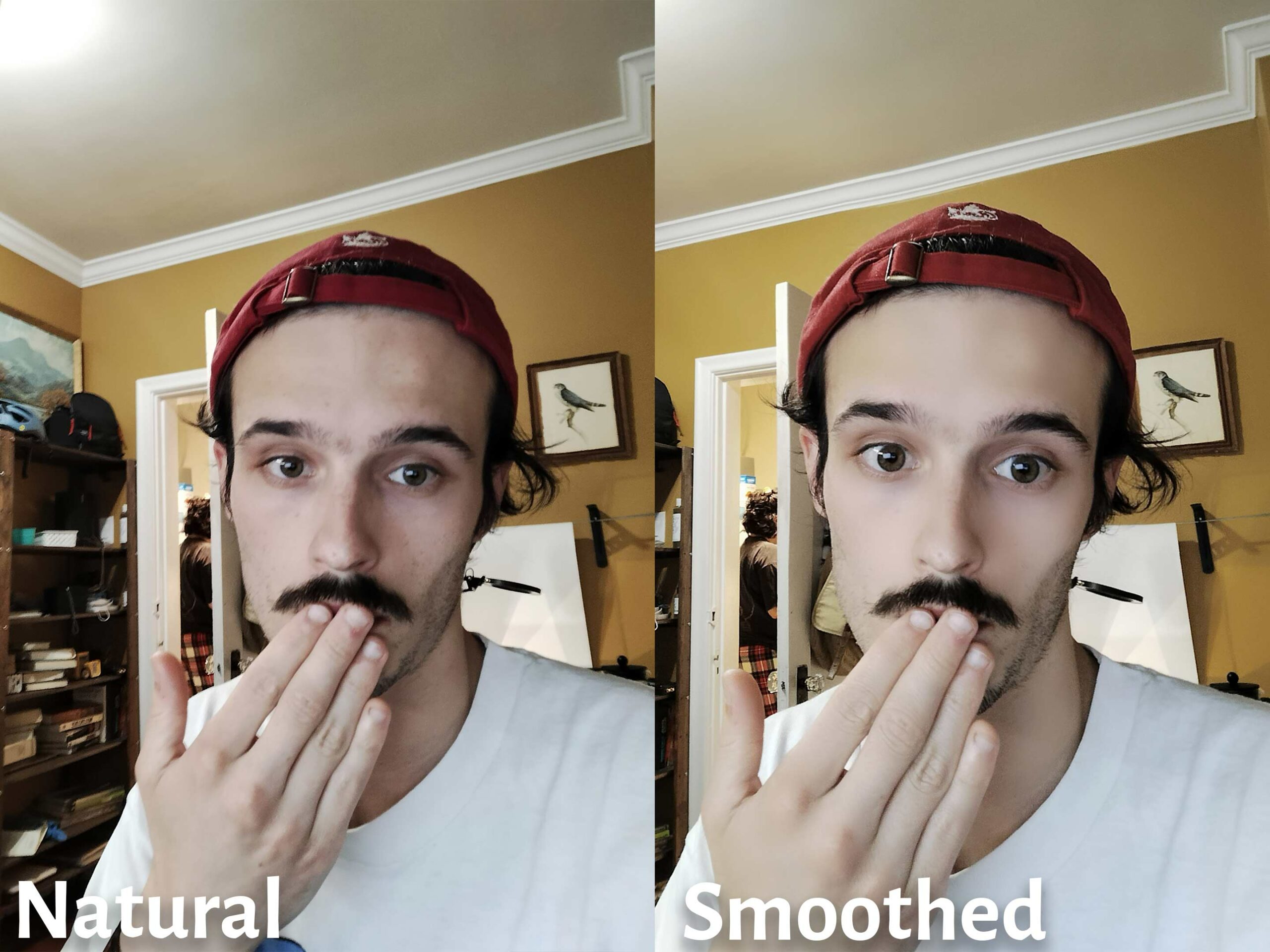 This all also applies to selfies, but portrait mode selfies feature a weird boost in colour after you take the picture that would have been nice to apply to all the photos the phone takes. Still, the images are mostly undersaturated and too smooth for my liking even though the N200 has a 16-megapixel shooter.

The weirdest part about the selfie cam is that there are literal sliders to soften your face, increase the size of your eyes, decrease your nose and make your face thinner overall. I don’t want to get too into it, but I hate this and I think it’s detrimental to put things like this into a phone since it suggests that you should change your face to make it look better, which is just wrong in 2021.

The one surprisingly good part of the camera is the video function. It’s not amazing by any means, but it does a good job of capturing colour and sound while remaining stable. It’s still pretty soft like the rest of the camera, but out of all the camera features, it disappointed me the least. 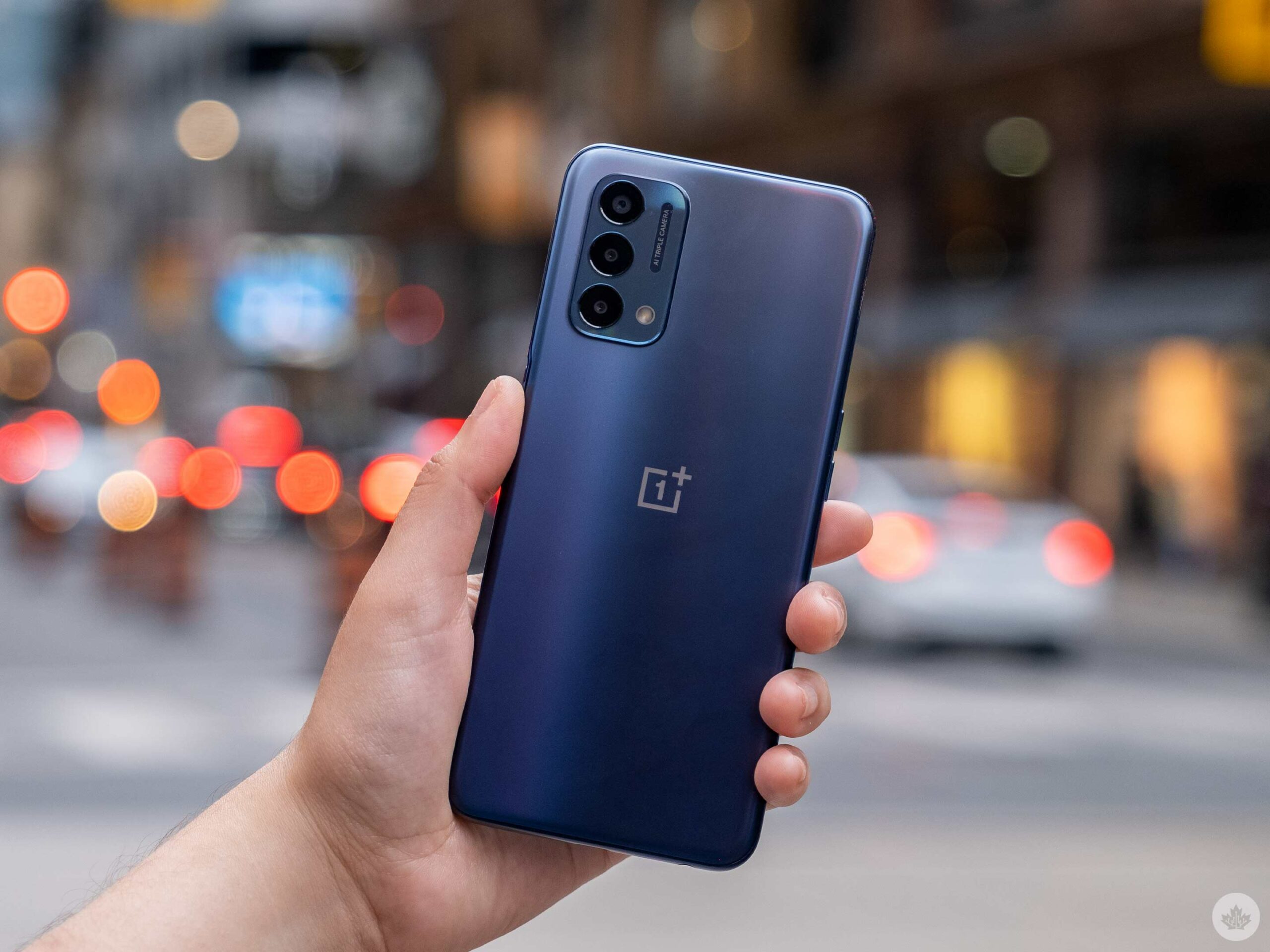 If you need a phone and only have $320 I would push you towards the Nord N200 5G since the features phones typically offer at this price point are pretty bleak. However, if you were able to wrangle up a few hundred more dollars, I think most people would be better off with the $475 Pixel 4a.

It’s not that the Nord N200 is an unusable phone (minus my LTE issue) it’s just that it’s very bare bones and OnePlus didn’t really cut the right corners to provide the best phone experience. I'd prefer if the N200 was a bit smaller, cut the zoom/ultrawide lenses and featured a better haptic engine and chipset in the handset instead.

In the end, the Nord N200 features a decent screen and a processor that can run multiple apps at once for $320 -- any way you look at it, this is an undeniably great deal, especially if you don’t care that much about photography

"It’s not that the Nord N200 is an unusable phone (minus my LTE issue) it’s just that it’s very bare-bones..."