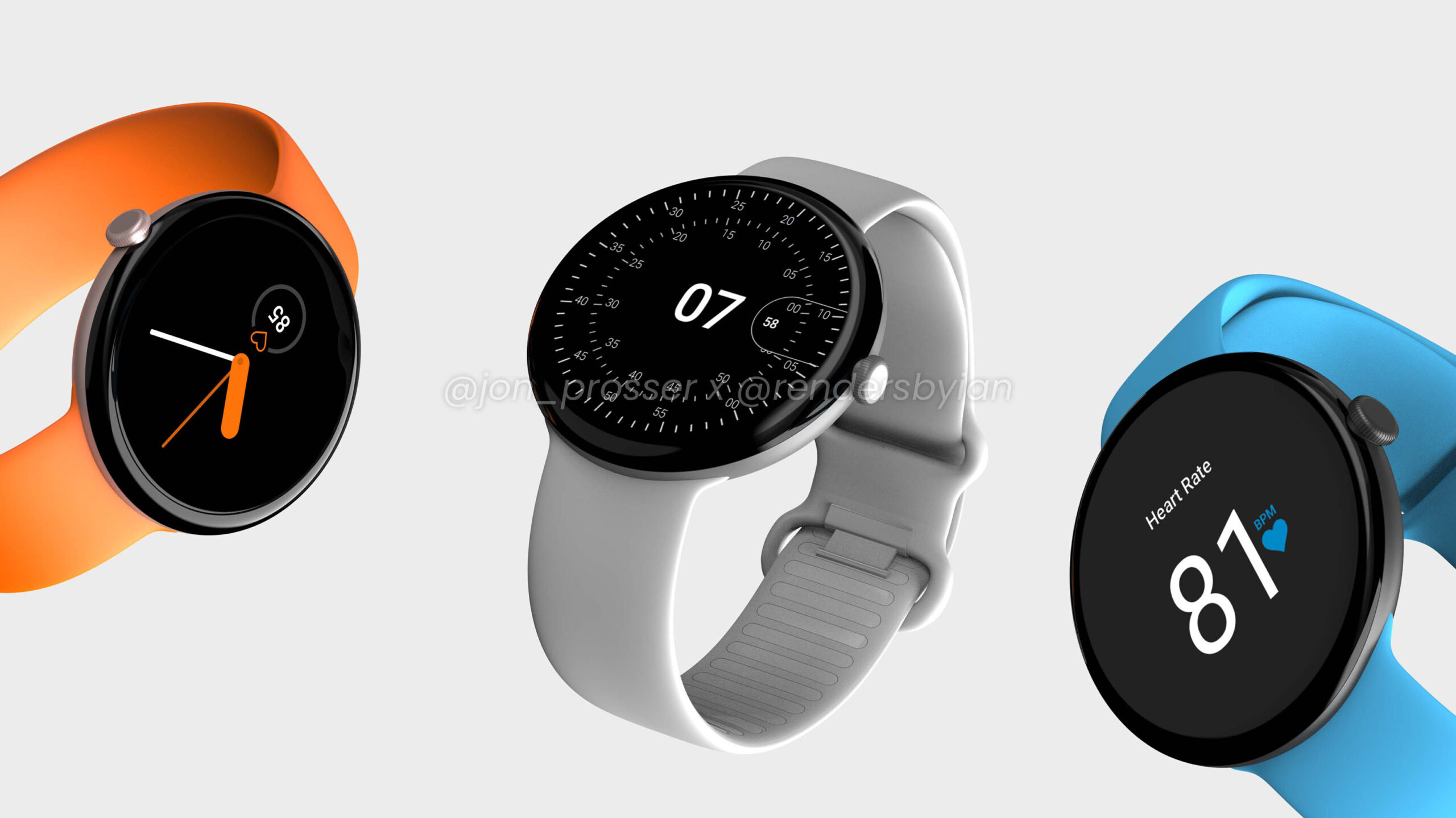 Rumours about Google’s work on a Pixel-branded smartwatch have circulated for years now. With the search giant recently acquiring Fitbit, Pixel Watch rumours have reached a fever pitch — many people speculate that Google will leverage Fitbit to make an excellent smartwatch, hopefully one to rival the Apple Watch.

Now, a new series of leaked renders from YouTuber Jon Prosser show off what the Pixel Watch may look like. However, it’s important to note that these aren’t official renders — Prosser says he obtained images of the Pixel Watch and had Ian Zelbo (@RendersbyIan) turn the leaked images into 3D renders. Prosser explains in his video that making 3D renders based on leaked images is an approach he often uses to protect his sources. 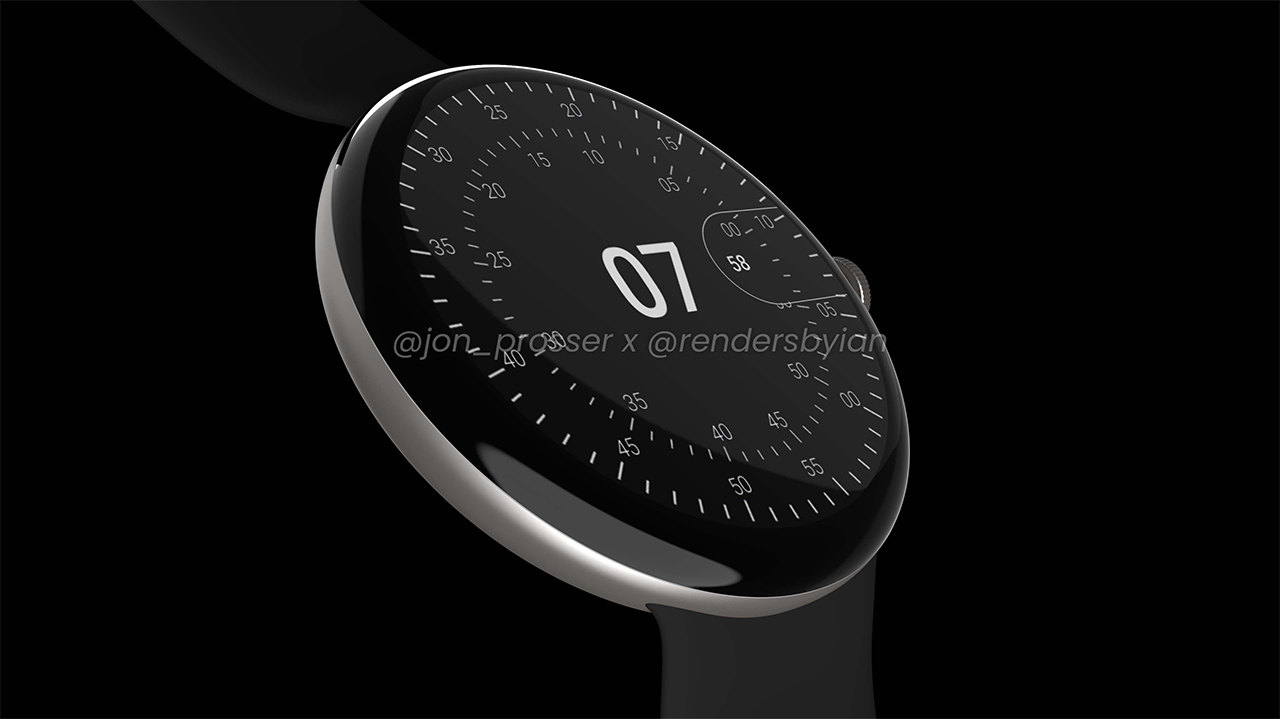 The renders show off solid-looking circular smartwatch — I’d say it almost looks like a round Apple Watch. It’s thin, appears to have a nearly edge-to-edge display and there’s a dial on the right side. The renders also show off a few different watch faces, which also look very Apple-esque, and Apple Watch-like wristbands in white, black, orange and a light blue.

Speaking of the watch faces, Prosser notes that they are recreated based on the software shown in the leaked images he received. Prosser also described the software as “clean” and similar to the Pixel phone experience.

Prosser claims that the source confirmed the name of the smartwatch would be the Google Pixel Watch, but the watch sports an internal codename of ‘Rohan.’

However, beyond what the images reveal, there’s still a lot we don’t know about the Pixel Watch. For one, we know nothing about the specs. We don’t know what type of display the watch will use, the chipset, RAM, storage, or anything else. Prosser does suggest it could sport a custom Google chip, which could make sense given the rumoured Pixel 6 will sport in-house Google silicon dubbed ‘Whitechapel.’ 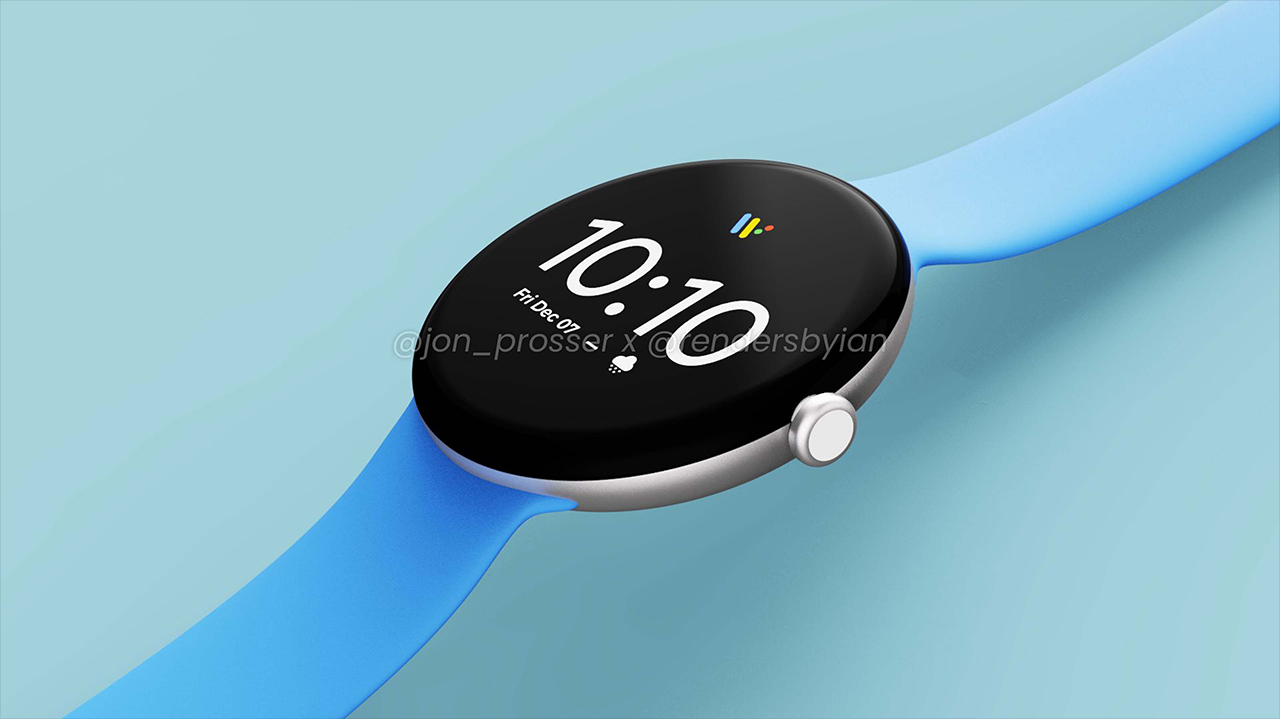 On the software side, presumably the smartwatch will run Wear OS. Likely, that means we’ll see a major Wear OS refresh from Google as well — the platform has stagnated for some time and (assuming the renders are accurate) the software experience for the Pixel Watch looks like a big upgrade over the current Wear OS.

Finally, Prosser claims we could see the Pixel Watch in October, but that there’s a chance it could get pushed back. Given the ongoing chip shortage, which has restricted where Google will release its upcoming Pixel 5a 5G, I wouldn’t be surprised if Google delayed the Pixel Watch.

Don’t get your hopes up

Of course, you should also take these renders — and the other information Prosser shared — with a massive grain of salt. For one, none of this is confirmed and likely won’t be until such a time that Google chooses to announce the Pixel Watch. Plus, Prosser doesn’t have the best track record. Most recently, he missed on the Pixel 5a 5G cancellation rumour (Google confirmed the phone would launch, but only in the U.S. and Japan). Also, if you noticed his eyebrows look a little weird, that’s because he promised to shave them off if he was wrong about Apple’s March 23rd event (spoiler: he was).

All told, if Prosser’s renders are accurate, I’ll be looking forward to the Pixel Watch. But since I’m also taking things with a healthy dose of doubt, I’m not getting my hopes up.