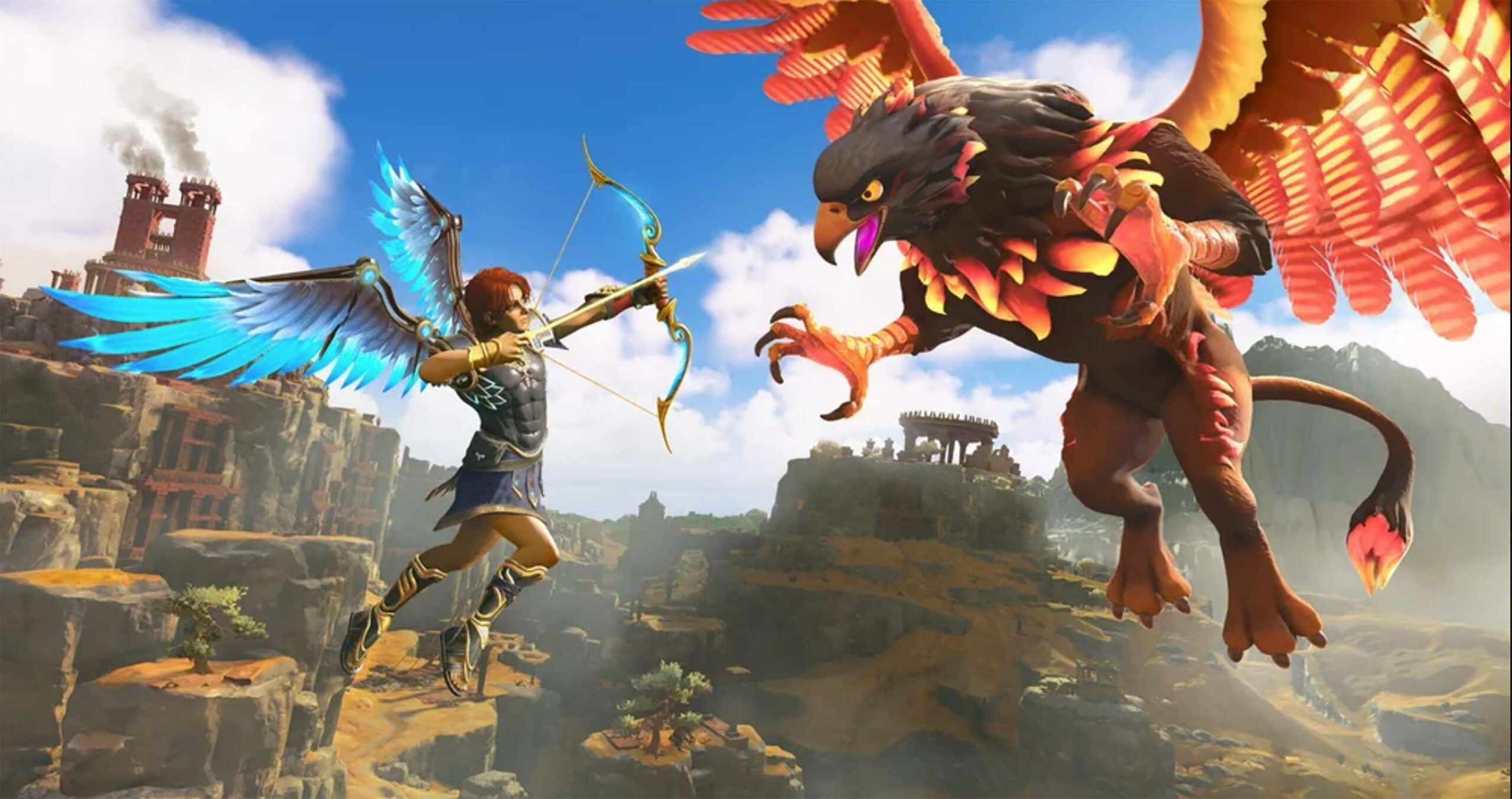 Like Assassin’s Creed Odyssey, Immortals takes place in ancient Greece, although the game draws much more heavily from Greek mythology than Odyssey and features a more stylized, colourful aesthetic. In Immortals, you play as a demigod named Fenyx, who you can customize as a male or female. As Fenyx, you’ll travel across the land to free Greek gods from Typhon, the deadliest Titan in Greek mythology.

In a lot of ways, the game is reminiscent of The Legend of Zelda: Breath of the Wild (BOTW), featuring a similar cel-shaded look, as well as melee-based combat featuring a bow. Further, Immortals even has Zelda-like dungeons which require you to move objects using an ability not unlike Link’s ‘Magnesis’ from BOTW. On the other hand, the game seems more story and character-driven than BOTW, thanks to its focus on Greek mythology and tongue-in-cheek banter.

Notably, Immortals was first revealed as Gods and Monsters at Ubisoft’s E3 2019 press conference, although only a cinematic trailer was shown at the time. A few months later, Ubisoft delayed Gods and Monsters out of its early 2020 release window into sometime later during the company’s current fiscal year, which ends in March 2021. Following an out-of-date gameplay demo leak earlier this year, the game has since received its new name, Immortals: Fenyx Rising.