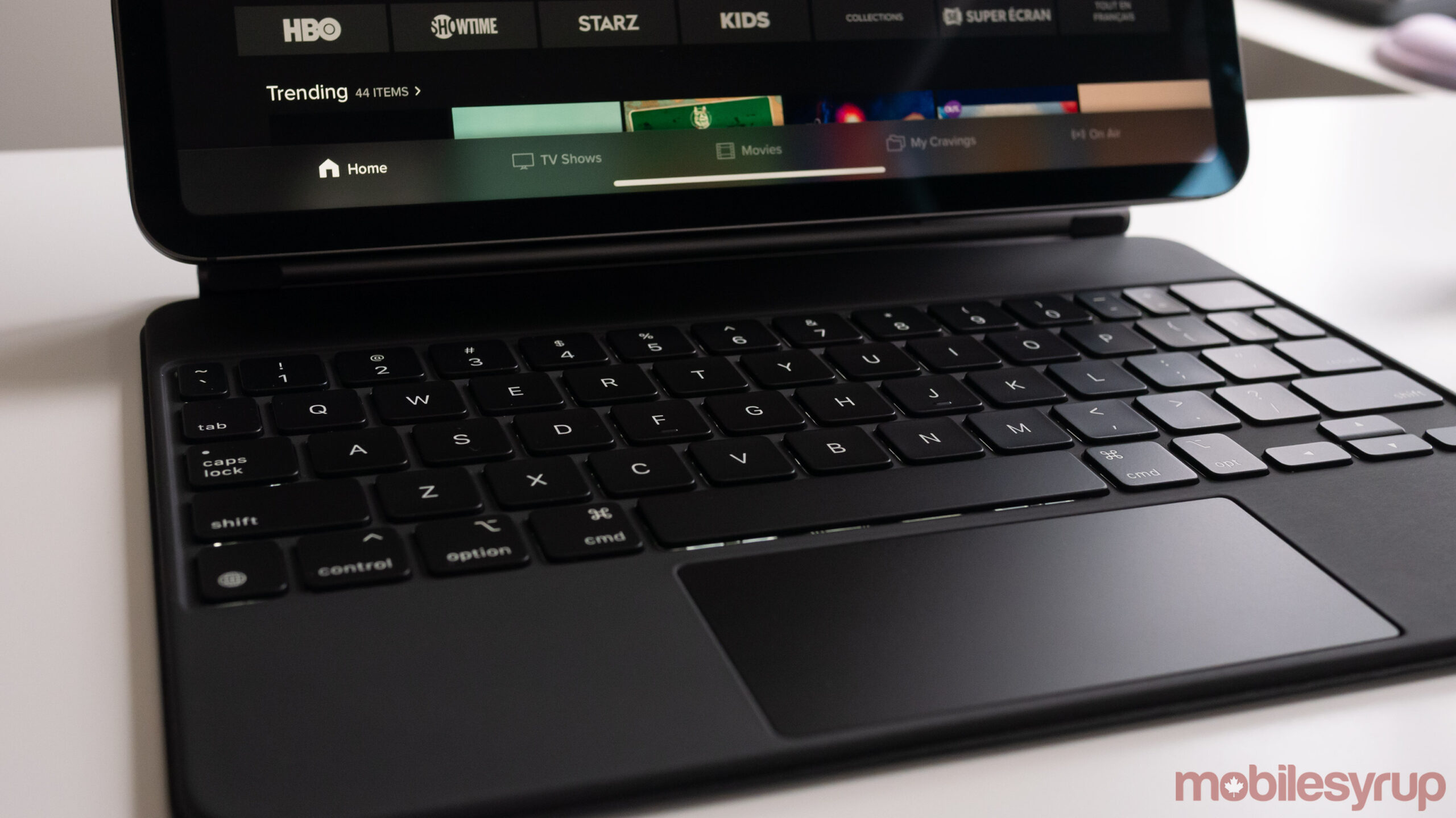 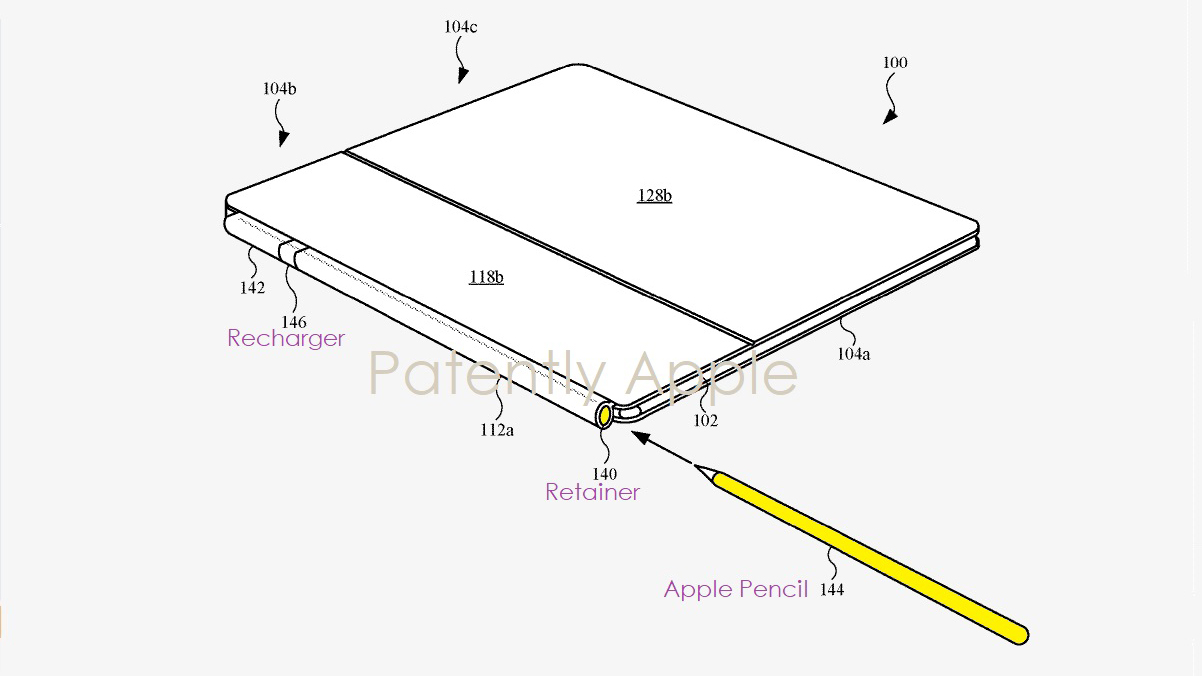 The patent, called ‘Accessories for portable electronic devices,’ features a description that doesn’t say much. Instead, it’s the included photographs that show off how the pencil slides into the hinge. Currently, the Magic Keyboard’s hinge is home to a USB-C pass-through port, so it’s likely the Apple Pencil would only be able to slide down one side of the Magic Keyboard.

Below is a brief excerpt from the patent filing:

The patent was initially filed by Apple back in August of 2017 but was only recently published. This indicates that there’s a possibility this is a scrapped design for the Magic Keyboard that Apple decided wasn’t practical. 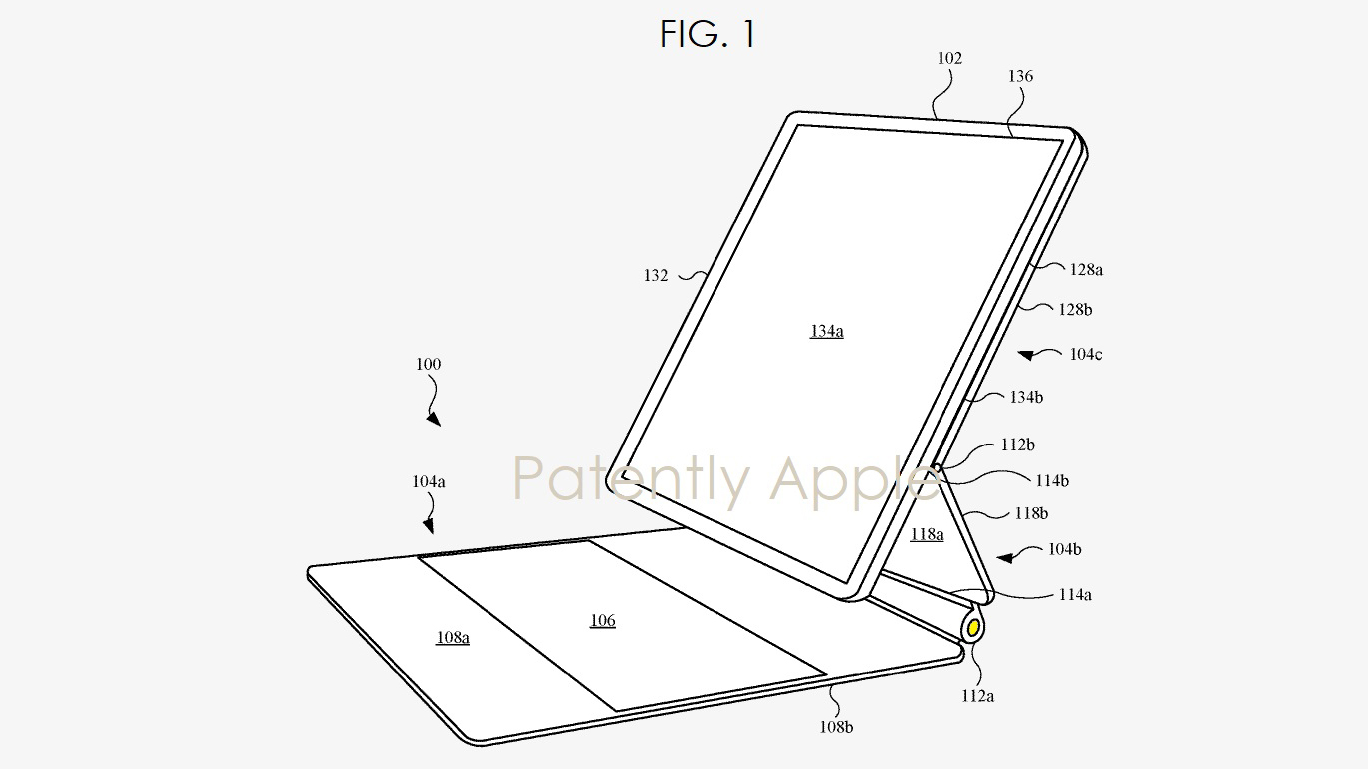 As usual, it’s important to keep in mind that this is just a patent. This means that the design might never make its way to a future version of Apple’s Magic Keyboard. Still, given how subtle of a redesign this would be to the Magic Keyboard, I’d bet we actually see this new version released in the future.