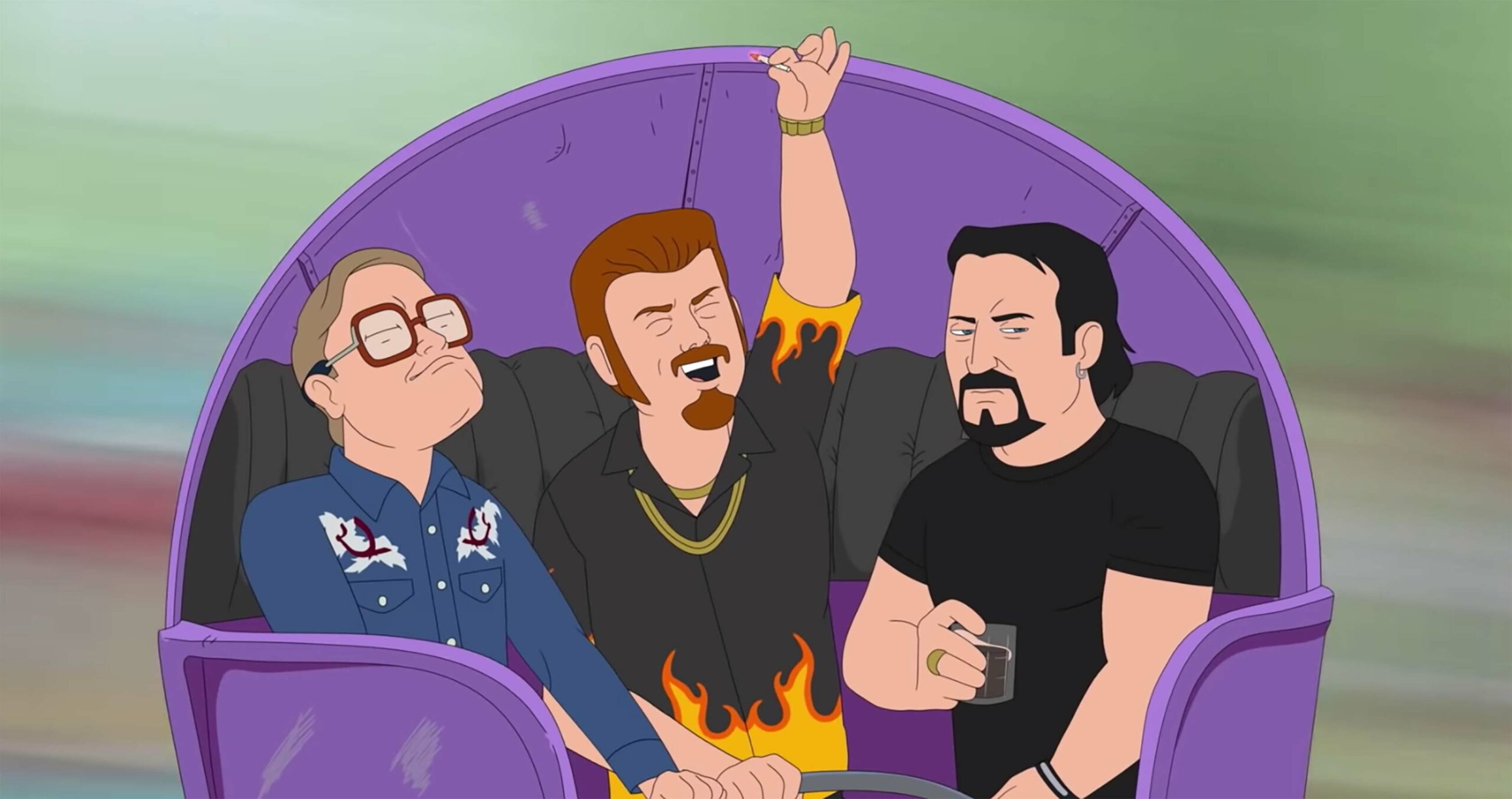 In its second season, Homecoming tells a new story about a woman who wakes up on a canoe without her memory, prompting her to dig into her mysterious past.

Homecoming was created by Eli Horowitz (A Vision of Post-Apocalyptic Cuisine: The Frankenchicken) and Micah Bloomberg (99 Homes) and stars newcomers Janelle Monáe (Hidden Figures) and Chris Cooper (Adaptation), as well as returning faces like Toronto’s own Stephan James (If Beale Street Could Talk) and Hong Chau (Downsizing).

In the late 90s, the life of a picture-perfect family gets upended by another mother and daughter.

With production on Season 2 of Mythic Quest put on hold due to the COVID-19 pandemic, the sitcom’s cast and crew have put together a special quarantine-themed episode from the comfort of their own homes. In the appropriately titled Mythic Quest: Quarantine, the Mythic Quest team deals with the challenges of working remotely.

Notably, the episode was filmed completely with iPhones and edited and completed within three weeks.

Find out what’s coming to Apple TV+ over the next few weeks here.

A man in his 30s travels to his estranged father’s remote cabin to reconnect.

Come to Daddy was directed by Ant Timpson (The ABCs of Death) and stars Elijah Wood (The Lord of the Rings series) and Martin Donovan (Weeds).

Notably, Come to Daddy is a Canadian-New Zealand production that was filmed in Tofino, B.C.

A special director’s cut of the Crave Original Documentary David Foster: Off The Record drops on Crave today, and features nearly 20 additional minutes of conversation with David Foster and his wife Katharine McPhee. Head to @thelede_ca to read more: https://t.co/4FtKzOW6Sv pic.twitter.com/QAc1woyxlW

Crave has released the director’s cut of its David Foster: Off the Record documentary that premiered in December. Directed by Montreal-born Barry Avrich (Caesar and Cleopatra), the documentary focuses on prolific musician and record producer David Foster, who hails from Victoria, B.C. In addition to Foster, the documentary features interviews with the likes of Quincy Jones, Barbra Streisand, Lionel Richie and fellow Canadians Céline Dion and Michael Bublé.

The director’s cut includes nearly 20 additional minutes of conversation with Foster and his wife Katharine McPhee, touching on his car accident and how family has impacted his career, among other subjects.

Stream the director’s cut of David Foster: Off the Record here.

Loosely based on the iconic Batman villain of the same name, Joker follows a failed stand-up comedian who descends into insanity due to the inequities of Gotham City.

Yvette Nicole Brown (Community) hosts this game show that tasks kids with asking adult know-it-alls questions in an effort to find out which of them is lying.

Due to mass global tour cancellations in response to the COVID-19 pandemic, pop star Taylor Swift’s only 2020 concert performance has been made available on Disney+. The special features Swift performing songs from her album Lover in Paris.

This ASMR series aims to help viewers relax through calming Disney-themed backdrops, such as Big Hero 6‘s Hiro and Baymax flying over San Fransokyo or Frozen‘s Anna and Kristoff walking through an icy forest.

The Politician star Ben Platt performs numbers from his debut LP, Sing to Me Instead.

Ten pairs of florists, sculptors and garden designers see who can build the best garden sculptures.

The series is hosted by English comedian Vic Reeves and What We Do in the Shadows star Natasha Demetriou.

This docuseries offers short history lessons on a variety of topics, including fast food, the Space Race, AIDS, feminism and robots.

After plans for an April 3rd theatrical release were scrapped due to the COVID-19 pandemic, Paramount has sold the rights to The Lovebirds to Netflix.

The romantic comedy follows a couple that goes on the run after witnessing a murder.