RFocus could help improve reception for Wi-Fi, 5G and other connected devices 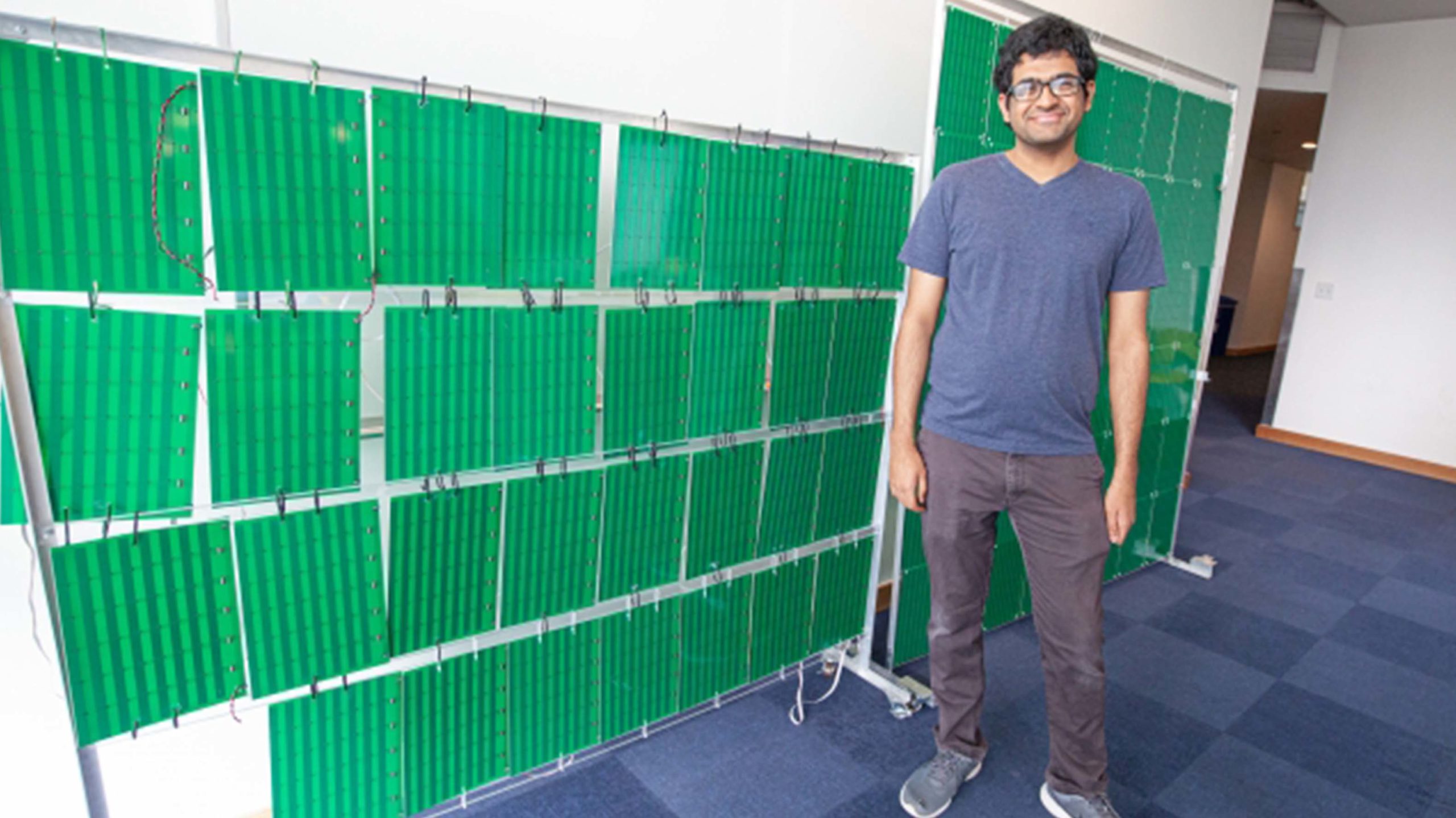 Researchers from the Massachusetts Institute of Technology’s (MIT) Computer Science and Artificial Intelligence Laboratory (CSAIL) may have a fix for finicky Wi-Fi and cellular signals with a new ‘smart surface.’

Called ‘RFocus,’ the new ‘smart surface’ out of MIT could potentially increase Wi-Fi signals tenfold, by acting as a “mirror or a lens” to focus radio signals and send them to the right device. The result is ten times better average signal strength. Further, it could double the average channel capacity in an office environment.

MIT’s RFocus prototype uses around 3,000 tiny antennas and arranges them with software to maximize reception, instead of using a few large antennas. This means RFocus acts as a beamforming controller in the middle instead of doing it at the transmission endpoints — either the signal transmitter or the receiving devices. This is especially helpful on small devices where it would be difficult to implement proper beamforming.

Additionally, the RFocus array is relatively inexpensive at just a few cents per antenna. It’s also fairly power efficient since it doesn’t use signal amplification to achieve the tenfold increase.

Unfortunately, don’t expect RFocus to turn up in your home or office any time soon. The MIT researchers need to refine the design first, as well as find a way to produce it at scale. An ideal way to do this could be in the form of a thin ‘wallpaper’ with no wiring required.

While RFocus is practically a ways off yet, its potential uses are clear. For one, it could help provide stronger, longer-range connections for both Wi-Fi and 5G signals. Considering high-band 5G has a very low range compared to mid-band and low-band 5G, as well as 4G LTE, RFocus could be an excellent, low-cost way to extend that range.

However, RFocus could prove more useful for Internet of Things (IoT) devices that are too small for a wireless link or need to be bigger in order to connect to signals reliably.

For now, though, there’s still work to be done before RFocus is ready for life outside the lab.